Machine learning- to put it mildly- is an incredibly broad and varied field, with multitudes of applications. Thus, writing a list entitled “10 Machine Learning Experts You Need to Know” proves challenging for a number of reasons.

Firstly, I’ve restricted my ten picks to those currently working in the field- if I extended it to those living and passed, I never would have been able to identify only ten worthy of mention.

Secondly, this list is in no way ranked- how would I decide which is more remarkable? Boltzmann machines or backpropagation? Self-driving cars or self-autonomous helicopters? Coursera or Udacity?

Third, this is by no means an exhaustive list of people currently making significant contributions to the field of machine learning, or the wider world. But if you have a burning desire to tell us who else should’ve been included in this list, please feel free to leave names in the comments. 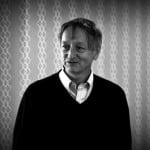 1. Geoffrey Hinton
It’s incredibly hard to sum up the career of any of these extraordinary minds in a few sentences, but with Hinton, this proves particularly challenging. Three decades ago, Hinton was already making his mark on deep learning, co-inventing Boltzmann machines, backpropagation, and contrastive divergence. But it wasn’t until the computing power managed to scale to meet the demands of deep learning that Hinton truly began to get the wider recognition outside of academia he deserved. In 2004, he co-founded Neural Computation and Adaptive Perception, a handpicked, invite-only group of researchers from across the fields of physics, neuroscience and engineering. He also founded DNNResearch, which was acquired by Google last year. Since then, he’s been working on the so-called Google “Brain” neural network project, and helping to dramatically improve Google’s image recognition and Android’s audio recognition capabilities. 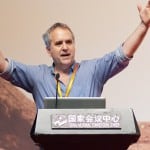 2. Michael I Jordan
Michael I Jordan is currently a Professor at the UC Berkeley, and a former Professor at MIT. His teaching, much like his research interests, is split between Statistics and EECS. He helped to popularise the use of Bayesian networks in machine learning applications, and is often credited as one of the principle thinkers who brought the overlap between statistics and machine learning to popular attention. He is a fellow of AAAI, ACM, ASA, CSS, IEEE, IMS, ISBA and SIAM. His graduate and postdoc students have also gone on to profoundly influence the world of machine learning, several of whom appear on this list- Andrew Ng, David Blei and Zoubin Ghahramani. He also recently completed an illuminating Reddit AMA, which you can find here. 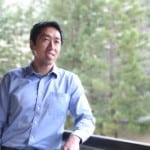 3. Andrew Ng
Andrew Ng is an Associate Professor at Stanford, Director of Stanford’s Intelligence Lab, Chairman and Founder of Coursera and Chief Scientist at Baidu. He is the author or co-author of over 100 papers on machine learning and artificial intelligence. He was behind Stanford’s Autonomous Helicopter Project (an autonomous helicopter developed through reinforcement learning, one of the most sophisticated of its kind in the world). Ng also founded the Google “Brain” project in 2011, and is currently working on the Baidu Brain project (expected to be the largest neural network in the world upon its completion). 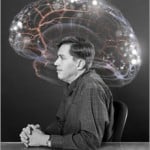 4. Jeff Hawkins
Up until the nineties, Hawkin’s name was primarily associated with the Palm Pilot, a device of his invention. In 2002, he dedicated himself to neuroscience and artificial learning processes focused around human cortical function, and established the Redwood Center for Theoretical Neuroscience. In 2005, he published a seminal work on the memory-prediction framework theory of the brain, entitled “On Intelligence: How a New Understanding of the Brain will Lead to the Creation of Truly Intelligent Machines”. 2005 was also the year that Hawkins, along with former Palm Pilot CEO Donna Dublinsky and Dileep George founded Numenta, a company dedicated to theorising about brain function, and finding algorithms which can implement these theories in AI. Chief among their findings are the algorithmic frameworks for Hierarchical Temporal Memory and Fixed-Sparsity Distributed Representations. 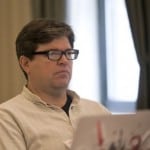 5. Yann LeCun
LeCun made significant contributions to the understanding and development of convulutional neural networks, particularly in the field of image recognition. He spent much of the late 80’s and early 90’s working with AT&T, first as a researcher and eventually as the Head of their Image Processing Research Department, where was one of the main creators of image compression technology DjVu. He joined NYU as a Professor of Computer Science Neural Science in 2003, and became the head of Facebook’s Artificial Intelligence laboratory last year. 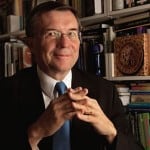 6. Terry Sejnowski
Professor of Biological Sciences at the University of California, San Diego, as well as the Francis Crick Professor at the Salk Instiute and an Investigator at the Howard Hghes Medical Institute. His pioneering contributions to the field of machine learning include his co-invention of Boltzmann machines with Geoffrey Hinton. Thanks to his work in modelling and computing brain fuction, he is one of only 10 living scientists to have been elected to all three national academies (Medicine, Science and Engineering). He currently an advisor to Obama’s $100 million BRAIN initiative, which develops new tools for mapping neural circuits. 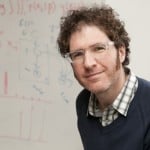 7. David M. Blei
David M. Blei is currently beginning a new role at Columbia Univeristy, as a Professor of Computer Science and Statistics. Prior to this, he was an Associate Professor of Computer Science at Princeton University. He the author and co-author of over 80 research papers, and is particularly interested in the field of topic modeling (“a suite of algorithms that uncover the hidden thematic structure in document collections”). His website houses a range of open-source software packages related to topic modelling which he has helped to develop. His postdocs and graduates include Professors at Columbia, Cornell and Carnegie Mellon, as well as data scientists from Twitter, Facebook, Google and Adobe. 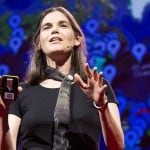 8. Daphne Koller
Daphne Koller is a Professor of Computer Science at Stanford University. She completed her Masters Programme at the age of 18 at the Hebrew University of Jerusalem; she has since gone on to become a MacArthur Fellowship recipient, a member of the National Academy of Engineering and a fellow of the American Academy of Arts and Sciences. Her work focuses around representation, inference, learning, and decision making, and has recently taken on a focus surrounding computer vision and computational biology. She is also the co-founder of Coursera. 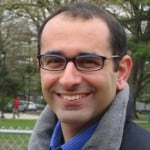 9. Zoubin Ghahramani
Ghahramani is a Professor of Information Engineering at Cambridge University, and a member of the Adjunct Faculty at the Gatsby Computational Neuroscience Unity at UCL. He has contributed to the fields of Bayesian approaches to machine learning, artificial intelligence, statistics, information retrieval, bioinformatics, and computational motor control. He was recently awarded $750,000 by Google for The Automatic Statistician, a project led by Ghahramani which “explores an open-ended space of possible statistical models to discover a good explanation of the data, and then produces a detailed report with figures and natural-language text.” 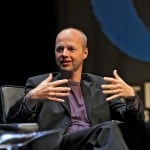 10. Sebastian Thrun
Thrun is Google VP and Fellow, the CEO of Udacity, and a part-time Research Professor of Computer Science at Stanford. Thrun is primarily known for his work in robotics; he led the development of Stanley, an autonomous car which won the 2005 DARPA Grand Challenge and currently sits in the Smithsonian. Thrun and team developed 100,00 lines of software for Stanley, designed to interpret sensor data and undertake navigation decisions. He is currently heading up Google’s self-driving car project.