Long-waited Mastodon vs Twitter comparison is finally here! Why do Twitter refugees choose Mastodon? First of all, Elon Musk is not there! Many users began to look for new alternatives after Elon Musk takeover Twitter. Is it the only reason? Of course, not. Keep reading and find out every difference between Mastodon and Twitter.

Previously, we explained what is Mastodon social media and how to use Mastodon in detail, as well as with the best Mastodon servers. Now, it is time to find out which one is better.

Since Elon Musk took over Twitter, the Mastodon social media network has expanded significantly, but it is still a small community with a difficult-to-use interface and limited resources. But those flaws can be features rather than problems for users who are tired of Twitter’s volatility. Let’s dig deeper.

The fact that the groups themselves define the rules rather than a censorship-wielding central authority is crucial. Specialists might benefit from Mastodon as well. Mastodon is the place to be if you are interested in a specific subject, like birding or extinct species.

Mastodon does not have an app as Twitter does. Users can create their own social networks with the use of this free, open-source software. Remember that it is plural because, once more, unlike Twitter, there are multiple social networks. Are you new to Mastodon lingo? Let’s quickly remember what Mastodon is.

What is Mastodon, and why are people leaving Twitter for it?

Mastodon, at first glance, seems to be a copy of Twitter. Many of the functions of the social networking site for microblogging are similar to those of Twitter, including the ability to mention other accounts, post content that is exclusively available to followers, and post content that is visible to everyone. Additionally, it allows for the sharing of surveys, movies, and other types of multimedia content.

However, the platform is notably different from Twitter in one important respect: it is a decentralized network, which provides communities much more freedom to establish their own small corners of the internet and manage them however they see right.

Mastodon is open-source and free. Also, you can use the web browser on a desktop or even a mobile device to visit.

How to use Mastodon social media?

Check out how to use Mastodon social media for detailed information.

Are the instructions look the same as Twitter, or are there differences?

First of all, how many people use Mastodon? There are significant differences when comparing the user bases of the two platforms. Twitter has 238 million users compared to Mastodon’s 5.6 million users.

Warning: This sentence contains a spoiler. In terms of user engagement and general “what’s trending?” platforms, Twitter will continue to rule. But if you ask who is Twitter’s biggest competitor right now, the answer is Mastodon. So, how is Mastodon different from Twitter?

The Mastodon vs Twitter comparison starts with Mastodon’s decentralized structure. Which means that anyone can run or host their own social network. This is the main factor that makes it appealing to many users. The other factors that make Mastodon different are:

Supporters of Mastodon claim that its decentralized strategy sets it apart. Users can utilize their own provider or even operate their own Mastodon instance instead of using Twitter’s centralized service, just like they can use Gmail, an employer-provided account, or their e-mail server to send emails.

No organization or individual can commandeer the entire system or bring it to a halt.

Mastodon features “boosts” instead of retweets. Except for the absence of the possibility to include your own remark, boosts are practically equivalent to retweets.

Each instance contains standards that, despite modest variations in their descriptions, clearly define what is and is not an appropriate action.

Twitter is a company that generates revenue via advertising. They need to keep you on Twitter for as long as possible to maximize ad revenue, so they need to ensure that their content is as interesting as possible.

Mastodon has never been motivated by profit. Mastodon is a modest, open-source project that receives funding from Patreon at the top. Mastodon doesn’t seek to be centralized. Therefore, it can afford to remain small.

The Mastodon community is strong and expanding quickly.

Hard to use: More options

Nothing is perfect. In the beginning, understanding the fediverse structure is hard because you have more options than Twitter and other centralized social networks.

The Mastodon user interface is comparable to Twitter’s. But by clicking the star icon next to the post’s content, you can “favorite” a post on Mastodon instead of “liking” it.

You’ll be glad to know that Mastodon is open-source if you want to operate your own Mastodon instance or assist in its development. Its source code is accessible as a Git repository and is released under an AGPLv3 license. The program offers a social network server that connects to other servers worldwide using the ActivityPub protocol.

Mastodon can be downloaded, modified, and installed on any server; the platform’s creators do not have a copyright.

According to a Mastodon review, mastodon’s open-source mindset is a fantastic model to imitate.

Mastodon is not a single website on the Internet but rather a network of websites that are spread across the world and interact with one another. Mastodon and comparable ActivityPub sites are owned by anyone who maintains a server, unlike other social networks where there is a single network owner; this federated network is known as the “fediverse.”

Mastodon posts can include text, images, and videos, although they are limited to 500 characters instead of 280.

You should read the moderation policy on the server you select to make sure it aligns with your ideals because each server administrator sets their own policies.

Mastodon and Twitter are cross-platform services that support desktop and laptop computers with web apps that work in any browser and iPhone and Android smartphones with apps.

The user’s posts, replies, media, and customizable About section are all included in the user profile, along with the user’s name and cover photo. When using the app, everyone using Twitter will feel at home.

There is no single server that is “the best” that rules them all. Yet you may check them:

Eugen Rochko is the founder of Mastodon social media.

Who is Eugen Rochko?

German software developer Eugen Rochko is most known for being the original developer of the decentralized federated social network platform Mastodon, which has “strict anti-abuse and anti-discrimination regulations.”

It depends on user preferences. But Mastodon is worth trying out. It’s simple to keep the app on the phone and check in occasionally to see what’s new and fascinating in the unconventional approach to social networking, even if switching from Twitter is unappealing.

How to join Mastodon?

Clicking the “new account” button on the Mastodon website will take you to a screen with a list of servers to select from. These can be filtered in a number of ways, including by area, language, topic, sign-up speed, and more. Find a server there that interests you, join it, and you might need to wait a little while if it requires approval. You can then start looking for others to follow, regardless of whether they registered using the same server as you. 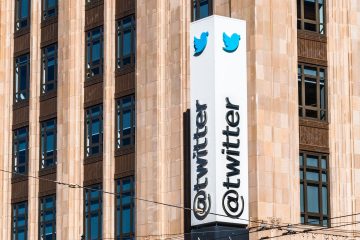 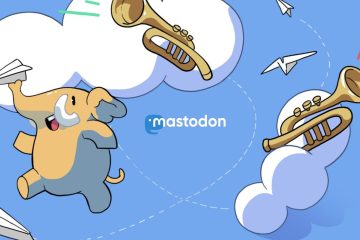 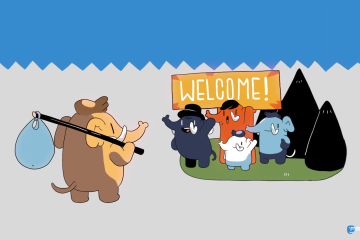