Last days for Snapchat privacy settlement claim. If you live in Illinois and use Snapchat, you might be eligible for a share of a multi-million dollar settlement in a Snapchat lawsuit brought against the parent corporation of the social media platform. Everything you need to know about the Snapchat class action lawsuit is explained in this article.

Between November 17, 2015, and the present, Illinois Snapchat users who utilized the app’s lenses and filters may be entitled to a portion of the settlement.

According to court records, the Snapchat Lenses function, which enables users to snap a “Snap,” choose a specific lens, and alter their facial characteristics with special effects, is at the heart of the accusations. The lawsuit asserts that Lenses uses technology to “make, retrieve, and store” a user’s particular biometric identifiers and to construct a facial scan.

Every time it scanned the plaintiffs’ faces, the Snapchat lawsuit claims, the feature collected their biometric data without getting their informed, written agreement. The “Boone, et al. v. Snap Inc.” complaint alleges that Snapchat violated the Biometric Information Privacy Act (BIPA) of Illinois by collecting “biometric data” without the plaintiffs’ permission.

After the court did not rule in favor of either Snapchat Inc. or the plaintiffs, which means that the social media platform did not admit wrongdoing, a settlement was struck.

“Snap continues to vehemently deny that Lenses violate BIPA, which was designed to require notice and consent before collecting biometric information used to identify people.”

The Biometric Privacy Act of Illinois forbids private institutions and businesses, no matter where they are headquartered, from gathering biometric data from unknowing residents offline or online. Data cannot be bought, sold, exchanged, or transferred.

Moreover, even the limited data that is used to power Lenses is never sent to Snap’s servers – the data never leaves the user’s mobile device. And while we are confident that Lenses do not violate BIPA, out of an abundance of caution and as a testament to our commitment to user privacy, earlier this year we rolled out an in-app consent notice for Snapchatters in Illinois.”

Suppose it is shown that a firm violated Illinois law. In that case, individuals may be entitled to civil penalties of up to $5,000 per violation, multiplied by the number of people affected and the number of days involved. There is no enforcement activity by a state regulatory agency.

In order to resolve charges that some Snapchat features violate the legislation governing biometric privacy, Snap Inc. has agreed to a $35 million class action Snapchat settlement.

The website for the Snapchat settlement states that, with the payment of attorneys’ fees, administrative charges, and other costs, class members who submit a valid and timely claim form may be eligible for “a proportionate payment from the settlement fund.”

Individual payouts will probably range between $58 and $117. The precise amount each class member will receive is still unknown.

The Snapchat privacy settlement claim deadline is near. Be hurry! Anyone who has used a Snapchat lens or filter since November 17, 2015 and who has resided in Illinois for the previous five years is eligible to make a claim online or by mail.

To submit a claim, you must include your full legal name, Snapchat username, and a legitimate Illinois address where you lived throughout the class period.

You must also submit a personal statement verifying that you utilized Snapchat lenses or filters and resided in Illinois for at least six months throughout the class period.

You can submit a claim up until November 5, 2022. (Mail-in claims need to have a postmark by November 5) The deadline is October 6 if you decide to reject the Snapchat settlement and take independent legal action instead.

How to know if you are eligible for a payment from the Snapchat privacy settlement?

Anyone who has used a Snapchat lens or filter since November 17, 2015 and who has resided in Illinois for the previous five years is eligible to make a claim online or by mail.

Email the Snapchat Settlement Administrator at Info@snapillinoisbipasettlement.com or call them at 1-844-939-4343 if you’re not sure you’re eligible for reimbursement from the Snapchat lawsuit.

How to get more information about Snapchat privacy settlement?

You can also contact the Snapchat Settlement Administration by phone, mail, or email.

The Illinois Biometric Information Privacy Act (BIPA), which lawmakers unanimously approved in Springfield in 2008, is one of the strictest privacy laws in the nation. It mandates specific security measures be taken by businesses that collect biometric data, including distinctive facial, voice, and eye characteristics, fingerprint scans, and heart rhythms.

BIPA “prohibits private entities from collecting, capturing, purchasing, receiving through trade, or otherwise obtaining a person’s biometric information,” according to the complaint, unless the user signs an informed consent release that details the specific use, how long it will be kept, and when it will be permanently destroyed, among other provisions.

Why predictive marketing intelligence is the next frontier of data monetization 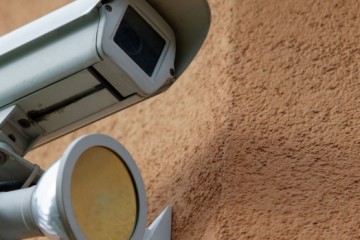