There’s a controversy going on all over the internet regarding the Twitter algorithm. SpaceX and Tesla CEO Elon Musk has ambitions toward making it open-source. What would be the advantages and disadvantages from a user perspective?

Social media platforms are being heavily criticized for their content ranking algorithms. We discussed whether Elon Musk, who has controversially acquired the majority of Twitter recently, is playing with everyone, or whether the open-source algorithm can be the future of this business.

What would happen if the Twitter algorithm went open-source?

After buying Twitter for $44 billion, Elon Musk promised to make improvements to the popular social media platform, underlining free-speech and transparency he aims to make “the algorithms open source to increase trust.”

Musk told in a TED talk last month that the Twitter algorithm that controls how tweets are advertised and demoted might be uploaded to GitHub, allowing anybody to use it.

“People can look through it and say, ‘Oh, I see a problem here, I don’t agree with this. They can highlight issues and suggest changes, in the same way that you update Linux or Signal,” Musk said.

Musk’s desire to make the Twitter algorithm open-source is motivated by his long-standing concern about possible political censorship on the platform, but it is unlikely to have the impact he desires. Instead, experts caution that it may generate a slew of new issues.

Elon Musk has a deep distaste for authority, but his call for algorithmic transparency seems to correspond with the demands of national politicians. The idea has been a major pillar of several governments’ efforts to resist tech giants like Google and Facebook in recent years.

For example, Melanie Dawes, the CEO of Ofcom, which is the UK’s main authority on social media issues, has stated that social media platforms will be required to describe how their algorithm works.

The EU’s new Digital Services Act, which was approved on April 23, will also put pressure on platforms to be more transparent. Democratic lawmakers in the United States have proposed an Algorithmic Accountability Act since February 2022 to bring greater transparency and oversight of the algorithms that control our timelines and news feeds, as well as much more.

Seeing the code for an algorithm does not necessarily explain how it works, and it does not provide much information about the company’s organizational structures and processes that went into its development to the average person.

There are additional, more worrisome unintended consequences aside from this. One of the main concerns is that as people attempt to figure out how the algorithm works, they will get into fights. This might lead to yet another contentious and unproductive argument.

“I worry that it’ll be made into a mountain where it’s really just a molehill. There’s a lot of hype about the mysterious algorithm, but in reality it’s likely that bad behavior has social consequences that are reflected in the weightings of the tweets of those people,” told Catherine Flick, computing and social responsibility researcher at De Montfort University in the UK.

From a user’s perspective, greater transparency makes sense on the surface. Users are largely unaware of the vast power and influence that social media platforms like Facebook, Instagram, and TikTok have. And just as the source code of a computer program allows you to look for flaws or backdoors in it, disclosing the code that drives Twitter may reveal whether the platform values one type of material over another.

It’s reasonable to assume that, if the Twitter algorithm would be made available for public examination, others can utilize the code once they are able to read it, either by proposing modifications to Twitter’s developers or developing their own applications based on it.

Seeing how Twitter works internally would require more than simply uploading some code to GitHub. And proving the existence of biases that may be subtle in nature and rely on a slew of ever-changing variables might be far more difficult than Musk anticipates.

By making the algorithm flexible and open to public view, rivals may clone Twitter’s source code and rebrand it. But even though, seeing the code for an algorithm does not necessarily explain how it works, and it does not provide much information about the company’s organizational structures and processes that went into its development to the average person.

Taking action to address biases that are identified will no doubt be viewed through a political, rather than technical, point of view at a time when we’re already massively politicized. Some say taking the algorithm open-source won’t cure any issues with bias.

Revealing too much information about Twitter’s recommendation system may also lead to security concerns.

“That’s not necessarily because individuals would be able to understand the intricacies of how the code of the algorithm works. But they’d be able to discern roughly how Twitter recommends posts on users’ timelines,” says Eerke Boiten, a professor of cybersecurity at De Montfort University.

In some circumstances, an open-source Twitter algorithm might assist attackers in understanding the strategies behind the promotion of certain items over others. 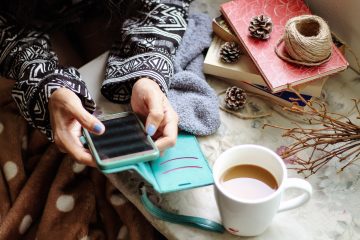