If you’re a Data Scientist, you’ve likely spent months earnestly developing and then deploying a single predictive model. The truth is that once your model is built – that’s only half the battle won.

A quarter of a Data Scientist’s working life often goes something like this: You met with business stakeholders to scope the model and what it should do. You gathered, ingested, explored, and prepped the data. You iteratively built, tested, and tweaked the model. And then — just when you finally hit the AUC (Area Under the Curve)  threshold you had been targeting — you shared it with business stakeholders, and chances are, it wasn’t exactly what they had in mind.

So, you started the process over again. And finally, after countless iterations and reviews, your model was ready for production.

From there, you worked with the Engineering or the IT team to operationalize the model — whether that meant building an app, integrating into another system, or serving insights to business decision-makers through a chart or graph. Chances are, your code had to be rewritten in another programming language to meet the requirements of your production environment. But you worked through it and — ta-da! — your model is running.

Organizations that invest in Data Science can and should expect that a lot of time and energy will be dedicated to a single model before it even starts to impact the business. But then what? What happens to a model once it’s been deployed, whether serving insights to humans or triggering automated workflows that directly impact end customers?

Organizations’ management of models once they’re in production is critical to maximizing their impact.

Most Data Scientists today would say the core of their job is building a model. Team’s incentive structures often reflect this, with one Data Scientist saying, “I get paid for what I build this year, not maintaining what I built last year.”

Once a model has been deployed in production, its ownership transfers to either business IT or data science management. But too often, those tasked with managing production models are not equipped to keep close tabs on how they’re using key resources or maintain visibility to their models in production. The default is a “set it and forget it” mentality. This is dangerous and severely limits the impact of an organization’s data science efforts.

In the context of a broader model management framework, we refer to the pillar that allows an organization to keep a finger on the pulse of the activity, cost, and impact of each model as “model governance.”

Governance is key to any mission-critical system, however governing a growing, complex systems of models is particularly difficult for a few reasons:

Given these unique characteristics of models, existing processes and technology for managing them are often insufficient, leaving organizations vulnerable to inefficiencies and risks. The result? Long cycle times to deploy a revolving door of “buggy” models that don’t communicate with the rest of the technology ecosystem and don’t reflect the current state of the world. This directly threatens the business’ competitive advantage that could have been achieved through effective model management. This is why a new capability of model governance is critical.

What is model governance?

Model governance is the Data Science management function that provides visibility into Data Science projects, models, and their underlying infrastructure. High-functioning Data Science organizations implement model governance to keep tabs on models that are in development and running in production to ensure they’re doing what they’re supposed to be doing, and impacting the business as they should.

While governance sounds antithetical to the experimental ideals of data science, it is required to make sure the Data Science team is delivering business value and mitigating risk that can undermine the transformative potential of models.

How will model governance change your world?

Who is ultimately responsible for this?

How do I get started?

Investing in a holistic model management strategy — that emphasizes model governance — leads to maximizing the impact of Data Science across the organization. As you think about model governance, in particular, you should first tackle challenges around model visibility. Here are some important tasks that can get you started on the right path:

Building models continues to be a critical element of a Data Scientist’s job. However, for companies looking to rapidly scale their organizations and build a competitive advantage with Data Science, model governance should be at the top of their mind. It’s better to build it proactively than wait until you are responding to a crisis. Not only does model governance mitigate downside risks, but it also helps your organization become increasingly productive as the organization grows.

Josh Poduska is the chief data scientist at Domino Data Lab. He has 17 years of experience in analytics. His work experience includes leading the statistical practice at one of Intel’s largest manufacturing sites, working on smarter cities data science projects with IBM, and leading data science teams and strategy with several big data software companies. Josh holds a master’s degree in applied statistics from Cornell University. 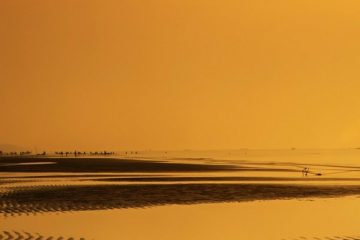