Network automation automates the configuration, management, testing, deployment, and operation of physical and virtual devices within a network. The availability of network services increases as routine network operations and functions are automated and repetitive processes are regulated and handled automatically.

What is network automation?

The process of automating network and security provisioning and administration through the use of software aims to maximize network functionality and efficiency continuously. In conjunction with network virtualization, network automation is frequently utilized in this manner.

IT companies nowadays strive for speed, agility, and consistency when providing and administering both traditional and cloud-native apps. A modern network automation platform can accomplish these objectives by automating networking tasks, including resource provisioning, network mapping, and network testing.

Machine learning and big data are used in more advanced intelligent network automation to decide how to set up and maintain a network to achieve particular business objectives best. Instead of configuring each port or device separately, intelligent networking employs a high-level, centralized view of the entire network to decide how a network should operate to achieve these goals.

An intent-based network gives various options to satisfy a business need by taking a comprehensive approach to how the request will impact the network. Network engineers prefer intent-based networking because it simplifies the network to achieve various objectives and lowers the incidence of human error-related misconfigurations.

Any network type, including LANs, WANs, data center networks, cloud networks, and wireless networks, can always use automation. Automation is possible for any network resource that a CLI or API can manage.

Script-driven network automation uses programming and scripting languages to carry out activities; ideally, these jobs should have exact triggers and repeatable processes. Due to their familiarity, legacy languages like Perl and Tcl are often used in network automation.

An administrator portal coordinates software-based network automation, also known as intelligent automation, which does away with the need to write commands manually. Typically, these systems offer templates for task creation and execution based on plain language rules.

The most recent automation tools use machine learning and artificial intelligence (AI) to understand the user and business intent and automatically change how network policy is applied. Network administrators set performance service levels for users and applications. When these service levels are not met, the network automatically makes adjustments to restore acceptable performance levels for business-critical applications to the best of its ability.

By automating network and security provisioning and administration throughout the entire application lifecycles and across the data center and cloud environments, network automation helps you accelerate applications’ deployment.

Network and security operations, an area of infrastructure that has historically been mostly hardware-based and required human provisioning and monitoring, can be virtualized and automated as the next step in the digital revolution.

Trade in a customarily confined picture of network traffic and security dependencies for global visibility and straightforward network and security policy troubleshooting.

How does network automation work?

The most effective approach to map, set up, provision, and administer a network is discovered using network automation software. Manual, command-line instructions for configuring each networking device are replaced by API-based automation. The APIs may be used directly or indirectly by employing a programming language like Python, Java, or Go. A modern automation platform checks network resources during provisioning and confirms that a network can handle a configuration request before implementing it.

Which problems does network automation address?

Network automation solutions may help with a lot of the issues that come with workplace networking in addition to saving time and money and decreasing downtime, such as:

Engineers need automation tools for inventory management and scenario planning to plan and construct a network.

An excessive amount of data can be overwhelming for most networks. AI and ML predictive analytics will give many insights into present and future network behavior. Plus, network automation technologies provide data about network architecture, enabling future network operations planning.

Engineers need these automation tools for inventory management and scenario planning to plan and construct a network.

Network automation solutions ensure that devices are always compliant and functioning as intended, in addition to network device testing.

Administrators can use networking software to manage several physical networks or build virtual software networks between virtual computers. The automated network can accept these surges by automatically rerouting network traffic to servers in less damaged network portions. Thus, network virtualization and automation are particularly helpful for environments that encounter unforeseen use surges.

Several open-source projects aim to create standards for network automation through virtualization. For instance, the management and orchestration of network resources in cloud-based data centers are the focus of the NFV Management and Orchestration (MANO) Industry Specification Group (ISG) of the European Telecommunications Standards Institute (ETSI). The platforms for SDN and NFV will be able to communicate better and more effectively thanks to these standards.

There are many kinds of automation tools, and different businesses provide various kinds of network automation software for different purposes. Intelligent firms will begin with their most urgent automation use cases and select a technology that will be helpful with those processes as new automation ideas continue to emerge.

Enterprise network teams can use a variety of interfaces, platforms, and protocols to execute network automation.

The most established method of deploying automation is the CLI. Although it is cost-free, tried and true, and extremely customizable, it requires knowledge of CLI syntax and doesn’t scale well in all distributed infrastructure settings.

Some open-source tools, such as Ansible, Chef, and Puppet, provide frameworks for network automation. These programs often provide a library of standard workflows or commands that can be used in later projects.

Tools for commercial network automation are also accessible. Most network infrastructure providers have created software-based platforms offering automation capabilities through a customized API, often for their products. However, more lately, network equipment producers have started to provide open API access to the hardware and software of their network equipment. Thus, it is now possible to automate networks in multivendor setups using a variety of third-party solutions.

Administrators or network engineers may use an automated network management system to manage a network more effectively to find devices, configure those devices, or provision new network infrastructure.

According to Gartner, these are some of the best network automation tools:

Network automation is one of the primary approaches to advancing network validation and intent-based networking. These ideas employ software to depict how businesses might use their resources to satisfy the operational demands that their networks must handle.

Engineers nowadays utilize a graphical user interface (GUI) to decide how their network operations should function to achieve a specific goal. When network component configuration and other management changes are made, a GUI can automatically implement them regardless of the vendor. AI and machine learning tools are commonly used in automation to evaluate networks, recommend troubleshooting steps, and verify network purposes.

Meta's Galactica AI can write your essay in a minute 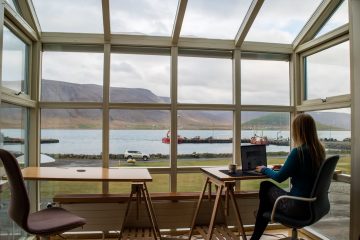 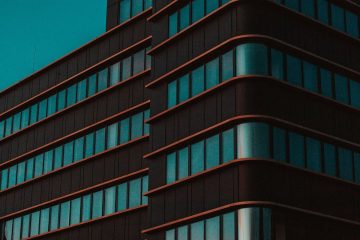 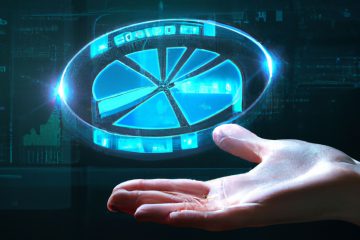