According to data from Lloyds Bank, Covid-19 significantly changed how face-to-face payments are made, with nearly 90% of transactions now being contactless.

In June 2019, when the pandemic was just starting, 65% of face-to-face transactions were made using contactless debit cards, according to data from a UK bank; by June 2022, however, this number had risen to 87%.

In June 2020, though, contactless debit cards were used for 72% of face-to-face transactions, and in June 2021, that number increased to 83%, according to the bank.

Contactless cards were initially made accessible in the United Kingdom in 2007. There was a £10 spending restriction at the time. This cap was raised to £30 by 2020 but has experienced major increases during the epidemic. It was raised to £45 in April last year and is now £100.

Gabby Collins, payments director at Lloyds Bank said, “The convenience of a contactless payment is clear when you look at the growth in this type of payment over time, with 87% of face-to-face debit card transactions now made using the technology.”

Customers can set their spending restriction up to £100 using Lloyds’ mobile app. Since its introduction in 2021, this service has been utilized by about 800,000 bank customers.

The Covid-19 pandemic accelerated the use of contactless technology. When the epidemic hit, individuals were advised to restrict physical contact, including currency usage. Because, unlike mobile phone payment applications, most individuals already used payment cards, contactless payment technology was a suitable alternative for cash. This prompted groups such as the elderly, who are notoriously sluggish to adopt new technology, to embrace it.

As per figures released in March by the banking sector trade association UK Finance, about £166 billion was spent in the UK using contactless technology in the previous year, compared to £80.5 billion in 2019.

Based on the latest UK payment markets 2022 research, the pandemic had a revolutionary influence on the payments industry, accelerating the continuous drop in the use of cash payments while also slumping the use of debit cards following years of growing usage.

Three Trends in E-commerce Payments to be Concerned About

“It also led to changes in the payment types used. People made greater use of contactless payments, online banking, and mobile wallet channels, largely at the expense of cash payments,” said the report summary document.

According to Lloyds, 95% of restaurant bills in the UK are paid via contactless technology, which includes mobile wallets, and 83% of purchases at supermarkets are contactless.

Data replication: One of the most powerful instruments to protect a company's data 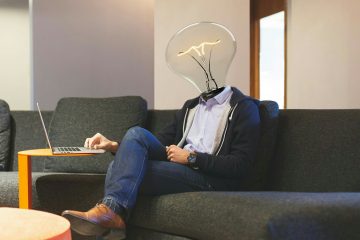