650 Google employees signed a petition to ensure that users’ health information, including their abortion data, is never retained or given to US law enforcement.

The petition was filed after Roe v. Wade was overturned by the US Supreme Court in June 2022, rolling back abortion rights by reverting abortion law decisions to individual US states, ending a nearly 50-year-old precedent, and causing strict bans on procedures in many states that had never repealed their previous laws. These events make us ask: What is the future of healthcare data security?

The Alphabet Workers Union (AWU) petitioned the company on August 18 to implement more stringent data privacy controls for all health-related activity, including searches about reproductive justice, gender-affirming care, and abortion access information. The petition was sent to Alphabet CEO Sundar Pichai and other important executives.

Google said it deletes the abortion data “soon after” the incident

However, the personnel at the organization want Google to take things a step further by ensuring that this abortion data is never saved in the first place.

“We know companies are often legally required to hand over data, which is why we are demanding that Google stop collecting data on users seeking abortion information – period. It’s the only way to protect it from law enforcement. Users should be free to search for abortions without fear,” said the AWU on Twitter.

After reading recently about Facebook providing abortion-related information to Nebraska police, which resulted in felony charges for a 17-year-old over an allegedly illegal abortion, Bambi Okugawa, a Google data center technician and AWU member, said that “it became clear that tech companies are not going far enough to protect workers and users in a post-Roe America.”

“If tech companies, be it Facebook, Google or Bing, truly want to be an ally to those looking to get an abortion, they need to refuse to share users’ information regarding abortion searches,” Okugawa added.

Facebook argues that the search warrant it obtained for the data did not request any health-specific information or make any reference to abortion.

Tech companies, according to Okugawa, must “do their due diligence to make sure false information that could make users unsafe isn’t circulating the site.” Employees have made additional demands of the company, including that it correct inaccurate search results about fake abortion providers and stop collaborating with disinformation publishers who promote false or harmful claims about abortion in violation of the company’s advertising policies.

Another important demand is that Google extends its health insurance coverage for abortions to all of its contractors.

However, these benefits are only available to full-time employees, which the AWU claims exclude more than half of Alphabet’s workforce who are “misclassified” as temporary, vendor, or contract workers. The company’s health insurance does cover out-of-state abortion procedures and relocation assistance for employees.

“Google has the money and resources to ensure that all its employees, contracted or not, have access to abortion. They emailed us right after the ruling to affirm their support for their full-time employees getting abortions, but did not address how contracted workers, who tend to have more marginalized identities, would be supported in trying to exercise their right to choose. Google can and should do better,” stated, AWU Southwest Chapter lead and a technical program manager at Alphabet subsidiary Verily, Alejandra Beatty.

The petition also stated that to comply with these demands:

“We call on Alphabet to create a dedicated task force with 50% employee representation, responsible for implementing changes across all products and our company, just like Alphabet did for handling the Covid-19 pandemic.”

The ultimate combination of success: AI & IT 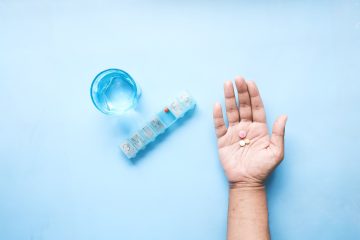 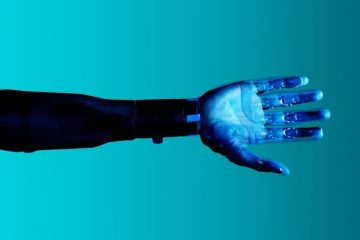