In recent years’ evidence has been mounting that points to a crisis in the reproducible results of scientific research. Reviews of papers in the fields of psychology and cancer biology found that only 40% and 10%, respectively, of the results, could be reproduced.

Nature published the results of a survey of researchers in 2016 that reported:

In 2013, a team of researchers published a paper describing ten rules for reproducible computational research. These rules, if followed, should lead to more replicable results.

All data science is research. Just because it’s not published in an academic paper doesn’t alter the fact that we are attempting to draw insights from a jumbled mass of data. Hence, the ten rules in the paper should be of interest to any data scientist doing internal analyses. 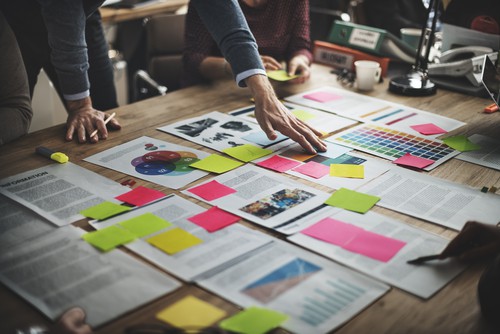 Rule #1—For every result, keep track of how it was produced

It’s important to know the provenance of your results. Knowing how you went from the raw data to the conclusion allows you to:

If you use a programming language (R, Python, Julia, F#, etc) to script your analyses then the path taken should be clear—as long as you avoid any manual steps. Using “point and click” tools (such as Excel) makes it harder to track your steps as you’d need to describe a set of manual activities—which are difficult to both document and re-enact.

There may be a temptation to open data files in an editor and manually clean up a couple of formatting errors or remove an outlier. Also, modern operating systems make it easy to cut and paste been applications. However, the temptation to short-cut your scripting should be resisted. Manual data manipulation is hidden manipulation.

Rule #3—Archive the exact versions of all external programs used

Ideally, you would set up a virtual machine with all the software used to run your scripts. This allows you to snapshot your analysis ecosystem—making replication of your results trivial.

However, this is not always realistic. For example, if you are using a cloud service, or running your analyses on a big data cluster, it can be hard to circumscribe your entire environment for archiving. Also, the use of commercial tools might make it difficult to share such an environment with others.

At the very least you need to document the edition and version of all the software used—including the operating system. Minor changes to software can impact results.

A version control system, such as Git, should be used to track versions of your scripts. You should tag (snapshot) multiple scripts and reference that tag in any results you produce. If you then decide to change your scripts later, as you surely will, it will be possible to go back in time and obtain the exact scripts that were used to produce a given result.

Rule #5—Record all intermediate results, when possible in standardized formats

If you’ve adhered to Rule #1 it should be possible to recreate any results from the raw data. However, while this might be theoretically possibly, it may be practically limiting. Problems may include:

In these cases, it can be useful to start from a derived data set that is a few steps downstream from the raw data. Keeping these intermediate datasets (in CSV format, for example), provides more options to build on the analysis and can make it easier to identify where a problematic result when wrong—as there’s no need to redo everything.

Rule #6—For analyses that include randomness, note underlying random seeds

One thing that data scientists often fail to do is set the seed values for their analysis. This makes it impossible to exactly recreate machine learning studies. Many machine learning algorithms include a stochastic element and, while robust results might be statistically reproducible, there is nothing to compare with the warm glow of matching the exact numbers produced by someone else.

If you are using scripts and source code control your seed values can be set in your scripts.

If you use a scripting/programming language your charts will often be automatically generated. However, if you are using a tool like Excel to draw your charts, make sure you save the underlying data. This allows the chart to be reproduced, but also allows a more detailed review of the data behind it.

As data scientists, our job is to summarize the data in some form. That is what drawing insights from data involves.

However, summarizing is also an easy way to misuse data so it’s important that interested parties can break out the summary into the individual data points. For each summary result, link to the data used to calculate the summary.

At the end of the day, the results of data analysis are presented as words. And words are imprecise. The link between conclusions and the analysis can sometimes be difficult to pin down. As the report is often the most influential part of a study it’s essential that it can be linked back to the results and, because of Rule #1, all the way back to the raw data.

This can be achieved by adding footnotes to the text that reference files or URLs containing the specific data that led to the observation in the report. If you can’t make this link you probably haven’t documented all the steps sufficiently.

In commercial settings, it may not be appropriate to provide public access to all the data. However, it makes sense to provide access to others in your organization. Cloud-based source code control systems, such as Bitbucket and GitHub, allow the creation of private repositories that can be accessed by any authorized colleagues.

Many eyes improve the quality of analysis, so the more you can share, the better your analyses are likely to be.