Since its rise in 2008, Financial Technology, or FinTech, has been disrupting the banking industry, reshaping businesses, and transforming the way consumers manage and use money. Innovators and entrepreneurs are storming what was once considered an inefficient, inflexible arena, and plenty of investors are following close at their heels. Investment in FinTech skyrocketed from $928 million in 2008 to $3 billion in 2013; since then, the numbers have soared even further. FinTech’s myriad of advancements signal an increasing momentum for the movement on a global scale.

So, what is FinTech, exactly? The National Digital Research Center in Dublin, Ireland defines it simply as innovation in financial services. More specifically, FinTech companies often use technology to disrupt incumbent financial systems. Let’s examine the last few years in FinTech and consider its potential to shape a brighter future in finance.

FinTech’s first opportunity came knocking in 2008, after the global financial disaster, subsequent bank bailouts, and banker bonus scandals marked a major turning point in the financial services sector.  Industry experts and consumers began questioning the future of traditional banking. Gallup polls now reveal that just 26% of people have high confidence in their banking institutions. As a result, banks are now bleeding their sharpest minds to the rising FinTech sector, as plenty of former banking experts trade in six figure salaries and rigid work structures for freedom to shape the future. In fact, four of the U.S. and U.K.’s largest banks reduced their total headcount by almost 350,000 in the past 7 years. 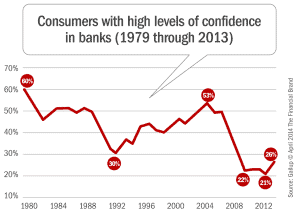 Johan Lorenzen, CEO of Finnish FinTech startup Holvi, sees this decline as a call to action for FinTech to close the gap between broken banking and the globe’s financial needs. “Banking has become so disconnected from the way we live our lives, the most important opportunity is to change banking to better match the shift in society,” he says.

FinTech offers a host of solutions, and has become increasingly paramount to the evolution and improvement of financial tools previously controlled by banks. Money transfers and merchant credit card payments – once cumbersome processes – now have user-friendly digital interfaces, as companies continue to create attractive alternatives. TransferWise, valued at around $1 billion, has taken the expensive act of transferring money and spun it into a cheaper, less-stressful alternative. And what’s best of all, according to the company’s founders? The process bypasses the banks.

“Banks are really bad when it comes to building consumer-centered products,” says Transferwise co-founder Taavet Hinrikus. “We believe that the future of money is digital.”

Similarly, Stripe and Square have disrupted the merchant payment collection process – the former allowing developers to build credit card payment functionality for e-merchants, and the latter providing hardware for instant credit card payments in the physical realm. Payments is the hottest area of FinTech, and Stripe is at the forefront, aiming to “increase the GDP of the internet.” 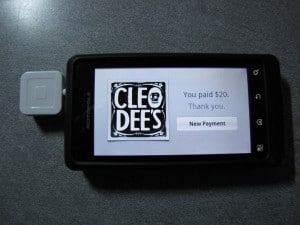 But payments and transfers is just one of many booming areas of FinTech. Another is personal finance management. On the frontlines are companies like Wealthfront, who have propelled algorithmic asset management and thus reduced the need for face-to-face wealth advisors. Even traditional financial service giant Charles Schwab & Co. has taken note and isn’t going away quietly; it has launched its own “roboadvisor” to compete. Additionally, popular personal budget management tool Mint has inspired plenty of unique spinoffs including LearnVest and Personal Capital, which all decrease the need for personal wealth advisors. For the average consumer who deals with the daily trials of traditional banking, these products are welcomed alternatives.

In addition to transforming existing sectors, FinTech has plunged into uncharted waters by creating entirely new types of products and services. Crowdfunding has become a household term after Kickstarter perfected an easy method to allow people to raise funds via the internet. Peer-to-peer lending is soaring in popularity thanks to companies like San Francisco’s Lending Club. While there are still risks involved, P2P initiatives offer lower interest rates and fewer limitations than bank loans. People from all walks of society, from students to small business owners to artists, have found a new freedom in peer-to-peer services.

A particularly promising area of FinTech involves big data and data collection. We’re already seeing monumental changes in analytics, data storage, data-driven-marketing, cloud computing and SaaS business models as they relate to finance. BillGuard, for example, has forged a pathway in financial security by using data analytics to identify deceptive or erroneous lines on credit card statements. Kreditech has spun data collection into a different kind of financial beast altogether – one that offers algorithmic banking, big data credit scoring and a final push to say goodbye to your physical banking branch. Hundreds of other companies now have something unique to say with data, and as the amount of information increases in upcoming years, so will the abilities to harness it.

One thing is clear about the past two years in finance: they’ve positioned FinTech for a global takeover. In fact, many believe we’re entering into the golden era of FinTech. A question that had pervaded the landscape was whether or not sufficient capital could keep up with the enormous rate of innovation. 2014’s investment trends taught us the answer: yes, the money is flowing where the ideas are going. According to a report by Silicon Valley Bank, the FinTech market saw 211 acquisitions in 2014 alone. The fourth quarter of 2014 was the busiest time in FinTech history, with $1.27 billion of venture capital invested in 82 deals. Finally, quality venture capitalists are jumping at the opportunity to back FinTech – especially in areas involving lending, personal finance management, payments, and Bitcoin technology. 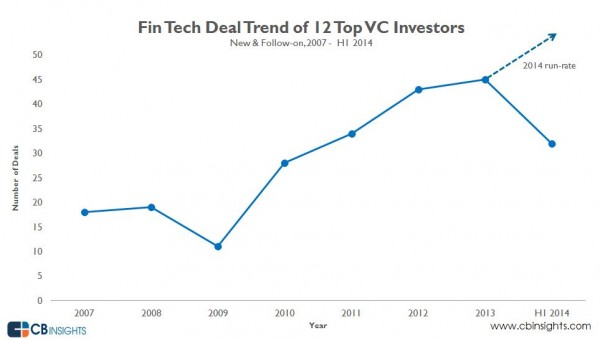 Another indicator of FinTech’s rapid growth is its blossoming network of entrepreneurs, experts, startup team members, and sponsors. All of these key players are contributing to a number of high quality meetups, conferences, and industry-specific events around the globe. While much activity is still centered in the UK and Silicon Valley, global buzz is evidenced in headlines and meetups in cities around Europe. FinTech’s international boom seems imminent; the key, many believe, is that finance startups must first cater to their specific regions when it comes to developing products and attracting funds.

While these may be your final years at a bank teller window as FinTech innovators gradually repackage bank services into neat little apps, it’s possible that banks will take notice of the digital revolution and adapt accordingly. FinTech need not be used to replace banks, but rather improve financial services as a whole. Chris Skinner, author of Digital Bank, discusses the changes needed for banks to scrap old models and plunge head-on into the digital sphere. In essence, banks must use the latest technology to proactively and predictably serve customers.

“The difference is that the digital bank does not think about devices, but about the capability to have the Internet embedded in everything,” Skinner says. “Walls, windows, chairs, ceilings, headscarves, handbags, jumpers, jam jars. You name it, you can digitally interact with anything today. That’s where the thinking really opens up the mind to the possibilities.”

Will banks move quickly enough to close the gap? They certainly have the resources and the power. But they’ll have to compete directly with the likes of Simple and Number26, companies that have already created an entirely electronic banking experience from scratch. The world is slowly but surely catching on to this simple, ideal model.

As entrepreneurs grow bolder in tackling issues using ever-evolving technology, it’s safe to say that the most impressive transformations will come to fruition before the decade’s end.

“Over the past year we’ve seen FinTech evolve from an exciting buzzword, into a lucrative industry that’s even causing the government to sit up and pay attention,” says Currency Cloud VP of Marketing Todd Latham in our interview. “As transparent, flexible, technology-focused alternatives eat into the margins of traditional players, banks will need to consider their next move carefully – managing the right balance between collaboration and competition.”

[bctt tweet=”What is FinTech? The Story of Broken Banks, Innovation, and the Future of Finance”]

Exploring the strong growth of BaaS in the fintech sector