In 1913, the Ford Motor Company was at the forefront of car manufacture. Designing the reasonably-priced Model T to appeal to the masses and employing division of labour & moblised assembly lines in the factory made Ford the largest automobile factory in the world at that time.

In 2007, the Ford Motor Company was in trouble. The end of 2006 financial year brought with it reports of a $12.6 billion loss, the largest in the company’s history. Yet, once again, forward-thinking innovation- this time, in the form of data analytics- led Ford back to the path of prosperity. By 2009, Ford was posting profits for the first time in 4 years, as well as launching 25 new vehicle lines. The same year they sold 2.3 million cars, the only company to exceed the 2 million mark since 2007. Last year, they won the the 2013 INFORMS Prize for Company-Wide Efforts in Analytics & Data Science. So how exactly did Ford harness data analytics to bring them back from the brink and thrust them once again to the forefront of their industry? 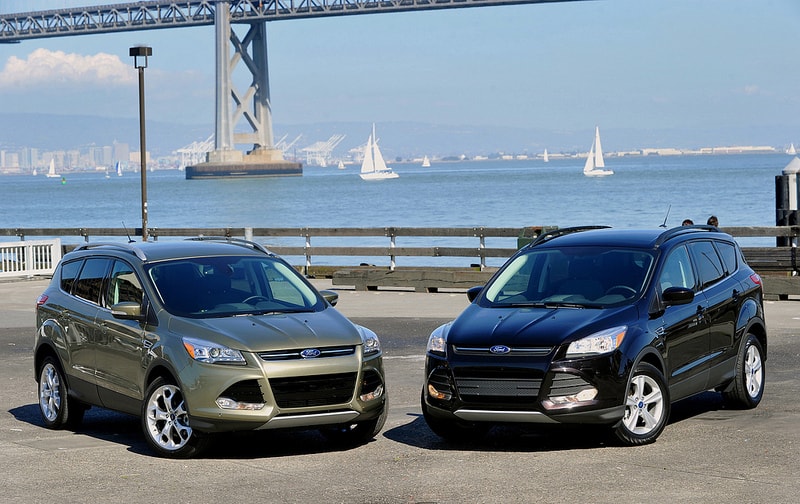 An essential component of any successful manufacturing business is having your finger on the pulse of what your consumers really want, and an efficient way of supplying it to them. As Ford research scientist Bryan Goodman explains, “Quite a few customers walk into a dealership and want to leave with a vehicle that day… We have to get the right vehicle with the right engine and right set of features and controls to the right dealerships.” Ford’s solution to this is its Smart Inventory Management System, or SIMS. SIMS integrates a range of data, including data on what is being built and sold; data on what’s being sold relative to what other models are in the inventory; data on what specs are being searched for on the company website; and data on the housing prices and employment rates in dealership locations. By manipulating all of this data, SIMS ensures that dealership stock and car specifications are optimised to consumer demand.

The models produced using SIMS data are fine-tuned to the tiniest detail. “When you get into different roof heights, different interiors, different wheels and so on, we can offer an astronomically large number of combinations,” Goodman states. “Imagine 300 billion and then multiply it by itself again.”

Ford also began mining social media posts to gain greater insight into public opinion of their models. ‘We now use text-mining algorithms to formulate a more complete picture of what consumers want that is not available using traditional market research,’ said Michael Cavaretta, Ford technical leader for predictive analytics and data mining. Analysis of this kind was used to make decisions on last year’s Ford Escape, such as whether it should feature the flip-glass system of the previous model, or a new power liftgate. ‘The picture that emerged was a four-to-one preference for power liftgates that could open and close with the touch of a button,” added Cavaretta. “The result was a design that provided improved customer satisfaction while reducing manufacturing complexity and cost.”

Improving Efficiency on the Factory Floor

Students from Wayne State University noted that these prototypes were often sitting idle, only used to test a relatively small number of variants when they could be used for more. Their solution? The Prototype Optimisation Model, or POM- a programme which computed the optimal set of vehicles which could be used to test the maximum amount of iterations- in short, it computed the minimum number of vehicles required to perform the maximum amount of tests. Its first use on the European Transit vehicle saved Ford an estimated $12 million; if rolled out across the whole company, it could generate an estimated $250 million in savings. 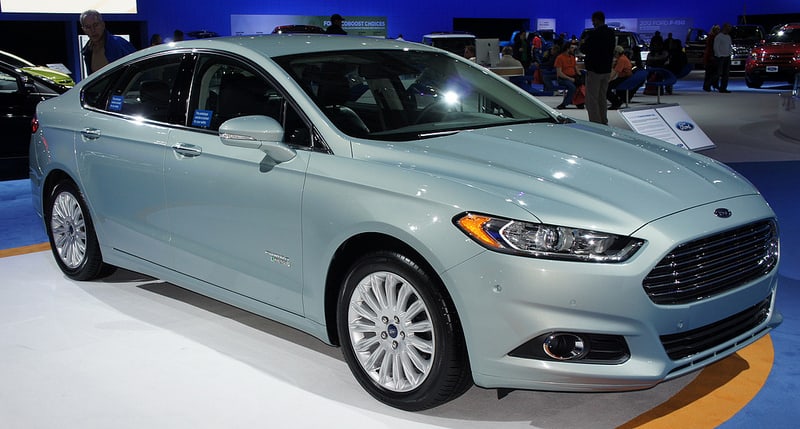 The Ford Fusion Energi; Image Credit
Looking to the future, the velocity of Ford’s data is accelerating. The Fusion Energi plug-in hybrid, released last year, streams performance data from the car to Ford and generates 25GB of data per hour. Mike Tinskey, director of vehicle electrification and infrastructure, describes the data collected from the vehicles as “small but growing”. He says “We gather data every time the customer plugs in. We know where they’re plugging in, how many gas miles they drove, how many electric miles, how often they plug in and how often they take trips. It’s helping to shape where we go next with products.” One proposed use of this data is to work out ‘peak times’ of energy usage, and charge customers a lower rate if they refrain from plugging in when power demand is high.

Ford is also working with Chalmers University of Technology in Sweden to develop a global energy model, to try and anticipate future energy supply and demand.

“The model looks 100 years into the future and can be used to address what-if questions, such as, ‘If we had a carbon dioxide emission target of x, what would that mean for autos, trains and planes?'” says senior technical leader Tim Wallington, who heads the Ford analytics team focused on sustainability issues.

The research has led to Ford developing vehicles which use a range of new fuel technologies- including hybrids, plug-in hybrids, all-electric vehicles and alternative fuel vehicles- rather than pushing one particular fuel technology for the future.

“We did thousands of scenarios, and the bottom line is that given the uncertainties in future costs and efficiencies, it’s not possible to pick a winner,” Wallington says. “Customers can vote with their money as to which they want and which one wins the future. This is the high-level strategy.”

In Search of the “Potential” Data Scientist 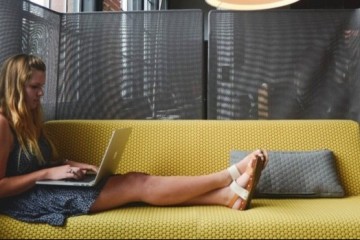