This week, we have a special line up of interesting big data news and articles. Alexandre Passant,  the co-founder of Music & Data Geeks, looks at the Rolling Stone’s 500 Greatest Songs of All Time and runs some “API-based data-science” to see what insights we can derive from this top-500. We also learnt about Spotify’s plans to use deep learning to improve it’s recommender system, a new data science course in London introduced by Rackspace, and news of Berlin’s first big data industry event!

Sex and Drugs and Rock’n’Roll: Analysing the Lyrics of The Rolling Stone 500 Greatest Songs of All Time

Dynamic data integration incorporating data quality and master data management (MDM) assures consistency and reliability for upstream analytics and information sharing. A pragmatic approach that treats all of a company’s data as big data will facilitate integration efforts. In Part I, we stressed the importance of data quality. In this post, we focus on MDM and the connection between the two as part of data governance strategy.

In Q2, Microsoft’s cloud infrastructure revenue grew by 164%; Google lagged at only 47%. But Google have a secret weapon in their cloud portfolio, whose release may sky-rocket their market share- Google Cloud Dataflow.

Advanced analytics has been disrupting sports for a number of years, and now it’s extending its influence into Hockey. Earlier this week, Tyler Dellow, a blogger famous for his statistical analysis of hockey players and teams, was hired by the Edmonton Oilers to consult with hockey operations.

Splunk have just announced a 33% price cut on their cloud-based operational intelligence offering, as well as guaranteeing 100% uptime. They’re also offering a free online sandbox for customers who want to try out Splunk’s cloud services, and plans which can up to 5TB of processing power a day.

Will Microsoft Beat Amazon and Google to Build Data Centre in India?

According to a recent article in The Economic Times, Microsoft is assessing the possibility of building its first data centre in India. If the software giants’ plans come to fruition, it will be the first data centre built by a multinational in the country.

MongoDB, the billion-dollar NoSQL database startup, yesterday announced the appointment of Dev Ittycheria as the new President and CEO, starting September 3. Ittycheria will replace Max Schireson, who has been CEO for 18 months and will now act as vice chairman.

This Model Can Predict 7 out 10 Supreme Court Rulings

It is widely believed that predicting natural elements- the spread of wildfire, or disease, for example- is entirely possible. Yet when it comes to modelling human behaviour, many like to think there’s a certain unique, unpredictable character to humanity that cannot be pinned down by algorithms. Yet three scholars- South Texas College of Law’s Josh Blackman, Michigan State’s Daniel Martin Katz, and Bommarito Consulting’s Michael Bommarito- have built a predictive model which can determine how US Supreme Court judges will vote, with nearly 70% accuracy. 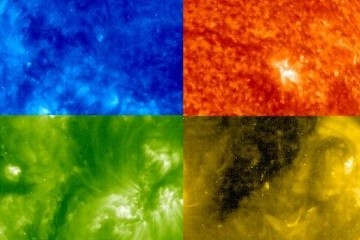