Warning: The following post contains moments of wild speculation. You have been warned.

Right now is an interesting moment in the history of civilization. In the past technology has molded itself to the needs of society, but we’ve passed that point. In the last 15 years we’ve started to see society molding itself to technology instead.

TL;DR Distributed proof of ownership, anonymity, crowdfunding, the subscription economy, and location-based services–taken together, at the intersections–are going to rock your world. 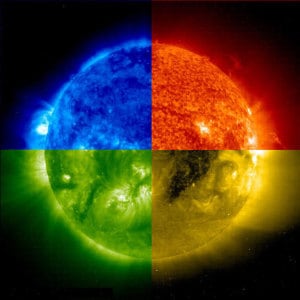 We’ve reached a saturation point where technology is so pervasive–mostly due to smartphones, little computers we carry around with us–that what used to be wild speculation now seems just around the corner. Society has pretty much absorbed the change inherent in a global network connecting every person to every other person, and the main behavioral changes can be summed up by looking at Facebook and Twitter. (Clearly business has been impacted substantially as well, but I’m talking mostly about changes to day to day life.)

Here are five technologies that seem poised to break out on the world in the next few years, and how they will change our lives. The most interesting aspect of these to me is how they interact when used together–the intersections of these disruptive technologies are where you can start really understanding how these will change the world in concrete ways. Like layer cakes, they get even more delicious when you eat them together.

If you’ve followed Bitcoin, you know how disruptive this can be. (By the way, there’s nothing like an unauthorized demo to convince people of disruptive technology.) But Bitcoin is one implementation of a distributed proof of ownership protocol which results in the a blockchain: a distributed ledger that says who owns what.

That may sound boring, but think of all the intermediaries that exist today only because they’re a trusted third party for proving ownership: DNS registrars, stock exchanges, title registrations with governments, central banks, and so many more. Many of the most powerful organizations in the world exist because you need some way to prove who owns what.

Now you can start trying to wrap your head around what blockchains will do in the future when they’re used for more than just Bitcoin. To name a very specific example that you can look at today, Namecoin is a new way to prove ownership of a domain name, which makes obsolete ICANN and domain registrars (at least, as they exist today). It’s still early, but more are on the way. 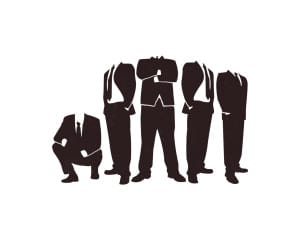 The Internet has never really been anonymous, as Edward Snowden recently showed us. But there are technologies emerging that make it anonymous. Tor is the best known, but there are others as well such as I2P that improve on Tor–a healthy sign for any new technology. These are still very cutting edge, which means they’re not usable by the average consumer and we haven’t truly seen their impact yet.

The change brought by online anonymity thus far has been very politically-oriented. It has allowed whistleblowers to anonymously share documents with reporters and Wikileaks as well as let people anonymously buy drugs online.

The use of anonymity is spreading, and although I’m sure this will be fought tooth and nail by many lobbyists I don’t believe it can be stopped. It will be an interesting legal battle I’m sure, although I have no idea how you’d enforce any kind of illegality.

2.a. Distributed Proof of Ownership + Anonymity

Now that we have proof of ownership, and anonymity, you can own something anonymously. This is what has people concerned about Bitcoin–the fact that you can anonymously own lots of money. But when you extrapolate that out to everything else that you can now own anonymously, things get interesting.

You’ll be able to anonymously own stocks, cars, houses, and creative works. Obviously there will be a clash with some of the more highly regulated industries–for example anonymously owning a house is a long way off, but I can certainly forsee a time when you could anonymously own a copyright and even collect payment on it anonymously. 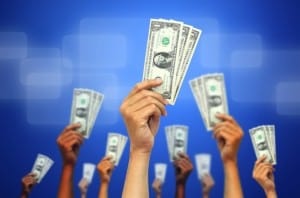 The concept of crowdfunding is still young. So far you’ve seen individual ideas being funded on Kickstarter, and to a smaller degree you’re seeing companies funded in this way as well on Angel List. But because it effectively breaks down large investments into smaller chunks, thus spreading the risk around, it completely changes the way an average person will start to think about risk. And it’s changing everything from investing to philanthropy (see Kiva). You’re even starting to see instances of crowdfunding medical treatements–talk about a different kind of healthcare system.

3.a. Crowdfunding + Distributed Proof of Ownership
Now things start getting interesting. You’re already seeing crowdfunding for ownership in limited doses such as the AngelList mentioned earlier. But that’s still a middle-man. Imagine instead that you could instantly buy shares in a company and those shares would be put in your ledger on the blockchain, and the money would flow straight to the company’s account. And dividends straight back to you. Or, for a more pedestrian example, you’d be able to quickly set up a timeshare by offering real estate as a crowdfunded project with the blockchain providing the record of ownership.

3.b. Crowdfunding + Anonymity
This is going to absolutely revolutionize fund raising. Money talks, and who you choose to donate money to says a lot about you. Many people who would otherwise donate to controversial movements and figures (think Wikileaks and Edward Snowden, for an immediate example) hesitate because of potential blowback in the form of ending up on a watch list and being patted down extra-vigorously every time they travel. Want to help fund the resistance in some other country? There you go.

3.c. Crowdfunding + Distributed Proof of Ownership + Anonymity
With this potent combination you could instantly own a tiny part of something without anyone else knowing. Want to silently take over a company? Anonymously buy up their stock. Want to buy an oil field in Iran without the government knowing? No problem. 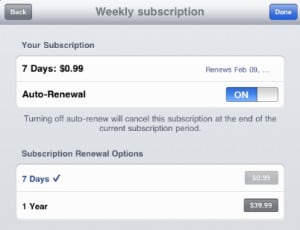 This is more of a societal change enabled by technology, but it touches a lot of things. You’re starting to see people buy everything as a subscription from diapers to clothing. This is a big change in behavior and it has yet to touch a few important industries. For example, you’ll be able to subscribe to monthly dinner clubs and resort experiences.

4.a. Subscription Economy + Distributed Proof of Ownership
This is going to completely disrupt how debt works because it doesn’t require banks in order to break down large purchases into palatable chunks. People could easily own a small fraction of a house and create pools of ownership that allow people to buy things on a subscription basis. You could, for example, buy $500 worth of a house and then get $15 a month in return for a rental, or $5 a month in exchange for a small percentage of your ownership stake.

4.b. Subscription Economy + Anonymity
This might allow people to anonymously own something and sell portions of it on a monthly basis, just like a house. For example you could own a small percentage of a helicopter or tank that’s sold to one side of a civil war. Or, you could buy your drugs on a weekly or monthly basis.

4.c. Subscription Economy + Crowdfunding
People already make investments on a monthly basis, and have for a while. However, you could now directly fund small business’ cashflow in return for equity. This may result in companies making stock offerings on an as-needed basis to cover short-term funding gaps–in return for a high-risk investment you could get into the earliest stages of a company. Mutual funds and investment funds become very interesting in this context as they could easily turn into pure risk management vehicles.

This combination is also interesting because if set up properly it could enable groups of people to jointly purchase something expensive (say, a group of patients with cancer to buy an MRI machine or a neighborhood to buy a truck) and make use of it on a periodic basis. Just like timeshares it would spread the cost around, but for other expensive items which aren’t used constantly. 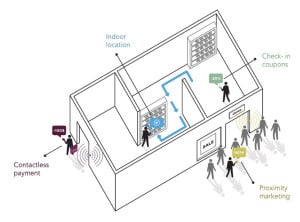 Apple once again (for the last time?) introduced a nascent technology to the general public when they unveiled iBeacon, an implementation of accurate, location-aware technology. I’m fascinated by this technology because of the new possibilities it opens up in meatspace (face-to-face) interactions. For example, I’m working on skunkworks project right now that would allow a restaurant to greet you by name and offer you your favorite cocktail when you walk in the door.

You’re just now starting to see the first public uses of this technology–it was recently used at the Superbowl, for example. I expect this one to take off quite soon.

5.a. Location Services + Proof of Ownership
I struggle to think of solid practical uses for this, but you could prove how much of the ownership of a (house, car, political party, senate) is present in any one location. Or, you could potentially pass ownership of something to someone just by knowing their location.

5.b. Location Services + Anonymity
If you thought Twitter was disruptive for organizing events in real-time, this should be really interesting. You could anonymously prove membership in an organization using distributed proof-of-ownership and conversely you could prove LACK of membership. Subverting movements like Occupy Wall Street by infiltrating them will become much more difficult.

5.c. Location Services + Subscription Economy
You could subscribe to either products, services, or experiences, and pick up your product from whichever supplier is nearest to you when it’s convenient. This would be very disruptive to delivery services in general. Subscribe to a daily cup of coffee and pick it up from whichever Starbucks you’re closest to. Or subscribe to a daily lunch and pick it up from a number of different restaurants you walk past.

These are the five technologies that I believe have the most immediate potential to change our daily lives. I could easily add predictive data mining to this list but I’ll save that for another series of blog posts.

What did I miss? Email me at jason.kolb@gmail.com or tweet at me. 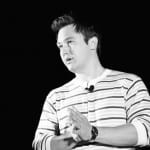 Jason Kolb is a big data architect who combines hands-on experience with big data and distributed architectures together with solid cross-functional business experience in some of the biggest companies in the world. He is the founder of Applied Data Labs and previously co-founded Latigent, which has been acquired by Cisco. He’s also working on a book on data strategy, which you can find out more about on his personal blog here.