Why the back-end of business is behind digital transformation

Technology companies are under huge pressure to deliver faster and better experiences, so it’s not surprising that focus is centered on the front end of systems. With slick, friction-free services vital to outshine competitors in an ever-evolving market, backstage mechanics are often seen as a lower priority.

The trouble is what companies get out of their tools is based on what they put in. If the back-end systems running the show aren’t operating effectively, the overall performance will fall flat. Just look at the drop in iPhone sales plaguing Apple following its IOS 13 update.

To stay ahead of the digital transformation curve and keep up with consumer expectations, businesses must recognise the risks of overlooking functionality fundamentals and work to reset the balance — beginning with a deeper understanding of where the biggest issues lie.

The high cost of a limited focus

Most tech organisations underpin their offerings with a support network of tools and talent, and this means back-end systems depend on contracts with various suppliers, platforms, and people. Consequently, the majority of firms also have procedures in place for coordinating these agreements and keeping operations moving, but few are doing so effectively. With the bulk of attention and budgets devoted to service features, contracts are frequently left to manual management — and the result is a multi-million-pound black hole in resources.

Where are the key problems?

In part, these substantial losses spring from the increased likelihood of error that heavy human reliance can bring. More than half (59%) of tech organisations featured in the Censuswide study have faced difficulties due to project time delays, while a further 58% point to incorrect document disposal.

But challenges also arise from the fact that manual processes rarely operate well at scale. Manual management has its limits and when striving to juggle multiple contracts at once, it’s almost inevitable that some inefficiency gaps will go unnoticed and critical details or actions will slip through the net. Two fifths (42%) of tech companies admit to having accidentally allowed contracts to expire, and for many, such oversight has driven serious consequences; including a drop in revenue (52%), legal issues (33%), as well as lost staff (38%) and business (36%). Taking a broader view, this trend appears to be near-universal; 96% of companies using manual aspect processes have experienced at least some issues.

Stuck in the middle

Given the clear link between manual contract management and negative outcomes, tech players might be expected to show an eager interest in updating their methods. But this is only half true. Analysis reveals three in five (59%) appreciate that digitising processes will be very important in the next few years. However, the shocking reality is only 9% of tech companies have moved to fully automated agreements.

While it might seem that the best solution is simply investing in new tools, addressing the problem will be a more complex task. In sharp contrast to the tech sector’s general ethos of constant innovation and development, the current inertia is rooted in multiple obstacles, which largely boil down to a reluctance to change.

When asked to list the main barriers to automation, 34% of tech companies named company culture and 33% identified a company preference for hard documents. Possibly most telling of all, 30% stated that the digitisation stalemate is due to lack of stakeholder buy-in.

Tech companies are far from alone in this predicament. Change anxiety is a widespread issue and one of the core blockers for companies trying to achieve digital transformation,But that doesn’t make overcoming this hurdle any less critical. Failure rates for digital transitions are consistently high — tipping 70% globally — and only 16% of transformational efforts have successfully embedded long-lasting change. If businesses want to retain their competitive position and reduce inefficiencies, they must take a holistic approach to change by creating strategies that put equal emphasis on inspiring people and up-scaling tools.

The good news is that a high number of tech companies have already made the first step towards improving their agreement processes: acknowledging the need for development. Now, they must make the shift from enthusiasm to action and implement transitional programmes built around two essential pillars:

Before organisations can reap the rewards of more advanced contract processes, they must secure internal acceptance of the change. People are still the key agents of change, and this means winning hearts and minds is critical. In addition to clearly communicating the plans for new processing methods and how they will impact every employee, businesses must ensure individuals are able to master smart tools. Through tailored training, companies can help workers to use sophisticated tech with confidence: equipping them to harness tools as a means of easing daily pressure, saving time, and boosting productivity.

It goes without saying that companies need to make the jump from manual to digital, but they must also choose their transformational path with care. To maximise efficiency and limit risks, an entirely digitised and secure system is vital. The best solutions not only automate the lifecycle of an agreement from the point it is created to final approval and storage, but also offer businesses total control. By giving the contract-holder final say over who sees, accesses and signs a document, these tools ensure there is minimal scope for error while keeping a single, unified version in one place for easy accessibility. Once the right tech is in place, it is then up to businesses to guide their people in best practice application to ensure investment delivers strong returns and automation stays for the long-run.

It may be hidden from view, but the back-end of any system is the critical engine room of the business; providing essential the fuel behind the customer-facing front-end. To prevent malfunctions and inefficiency from sending their services off course, tech companies must recognise the necessity of keeping their underlying processes in good order. One component of this is the system they use: bringing in the technology for effective end-to-end automation and moving away from manual practices. But people are also paramount. To embed sustainable digital transformation, companies need to select their contract systems wisely and enable their employees to realise their fully-automated potential. 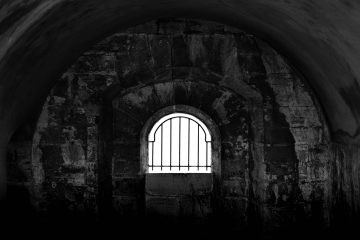 Why the back-end of business is behind digital transformation