What do these women have in common? They are amongst the most powerful and influential figures in business today, making decisions that influence our daily lives. It goes without saying that these women can be recognised as great role models when it comes to breaking the glass ceiling. But when we go a few rungs back down the career ladder, it’s easy to see there’s still a gender imbalance in startup & tech teams.

According to new projections by the US Department of Labor, the number of jobs in technology is sharply rising. They estimate there will be a staggering 1.4 million computer specialist jobs available in 2020. However, if current trends continue, there will be only 400,000 computer science graduates in the US in 2020- and a measly 12% of them will be female. Although some claim the tide is turning, the number of female Computer Science graduates has actually been steadily dropping since the millenium.

Of course, you don’t have to code like a pro to find a job in tech. But females without a technical background are less likely to consider themselves suitable for a tech-related position than their male counterparts. Many are also dissuaded by the perceived deep-rooted under-appreciation of females in the technology field.

At the same time, tech companies find themselves under (justifiable) pressure to address the gender imbalance in their teams. Countless studies demonstrate that diversity in teams- and not just in terms of gender- is good for business. A study by Catalyst found that for ROI, companies with the highest percentages of women board directors outperformed those with the least by 66 percent.

Many tech teams want diversity. Yet women feel discouraged from applying, for a multitude of reasons. It’s a Catch-22 situation.

A woman well-placed to discuss this Catch-22 is Elizabeth Lumley, Editor of Finextra. Lumley is an expert commentator on the FinTech scene, and one of the 100 women nominated for the female voice in FinTech by Innovate Finance. We reached out for comment about how being woman has shaped her experience in the FinTech landscape:

“I met two CIOs at banks this week who both described themselves as ‘not a techie’. I have been told this on numerous occasions by men who work, and hold senior positions, in what most people would describe as an IT/Tech organisation or department. What they mean is they work or manage IT departments – but they don’t code, or work with building applications or infrastructure, they don’t hold a commuter science degree. I think there are some women who feel, ‘well I don’t have a tech background, so I can’t work in the tech industry’. While men don’t think that way. But, for example, I feel like I’ve been working in the FinTech industry for 20 + years – I don’t have a computer science degree and I don’t know how to code.

Outside of that, I really don‘t think it is fair to women to underplay the role sexism and bias play, not only in our industry, but in society as a whole. What makes sexism at work so hard to deal with or overcome is that it doesn’t come in a Mad Men-style format anymore. Instead it is ‘death by a thousand cuts’. Most women would know how to deal with widely inappropriate behaviour – the metaphorical ‘pinch on the bottom’ so to speak. What is soul destroying is working year after year where:

All of the above has happened to me, several times, and it can be draining. You can start to think. Why am I fighting? Why did I choose a career where I’m constantly walking uphill – with a big boulder.”

Though Lumley admits, whereas the present may not be an ideal environment for women, the future could be. “I know the above may sound pessimistic”, she admints. “But I think things are changing. The big change is visibility. We need to showcase more women leaders and thinkers in this space. Because a lot of the entrenched sexism in this space is just down to historical practice. Men are used to being in the majority. So an all-male panel at an event doesn’t strike them as strange. (an all women panel- not on a ‘women’ topic- would make the evening news) That visibility of women leaders will help the current and next generation of female workers to demand the appreciation they have long been denied.

And at the end of the day, this industry harps on and on about ‘disruption’ – there is nothing so disruptive as a female voice in FinTech. So, Bring it on.”

Lumley’s thoughts on change were reflected by Adizah Tejani, Head of Ecosystem Development at Level39. I present you with her thought-provoking wisdom for women looking to get into startups- which truly applies to everyone, looking to get into anything:

“Women bring an aspect of diversity to a team. Many studies have shown that a diverse workplace might ultimately create better results. This is crucial for startups.

We believe there are no purely female and male attributes. The best thing one can do, no matter the gender, is to be your own champion. Don’t be afraid to challenge yourself, and to respectfully evangelise about your own talents and aspirations to the right people. If you don’t, who is going to do it for you?“

To celebrate the contribution of heroes that shape the global Fintech landscape in the UK, Innovative Finance gathered voices of women and created a unique list of the key female influencers. One of the outstanding characters on the list is Monika Gestautaite, a Head of Financial Operations at TransferGo.

After only one year at CASS Business School, at the age of 21, Monika was scouted by TransferGo and currently she is responsible for all day-to-day frictionless money flow at the company. “Before TransferGo, I have received an offer from RBS. However, I decided to choose a startup instead of a bank. It was something totally new and challenging for me. Monika claims that this was one of the best decisions she has ever made. “Fintech industry gave me an opportunity to found what really drives me – numbers.”

"I sense the field of ‘data science’ seems in danger of moving so quickly that it trips over itself": An Interview With Geophysicist Matt Hall

Guste is a young professional with a keen interest in a high-tech business development, entrepreneurship and security & defence politics. She's currently focused on FinTech industry ensuring it brings pricing transparency and secure digital solutions to a new wave of digitally savvy people. 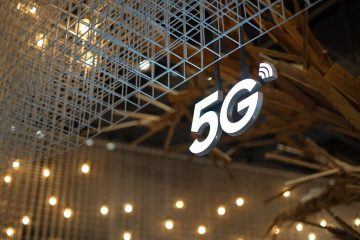 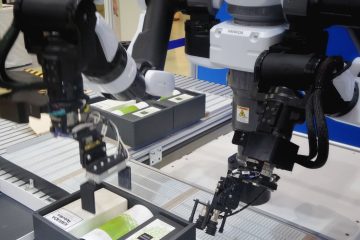 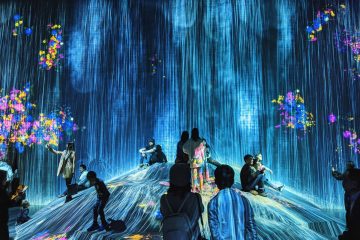 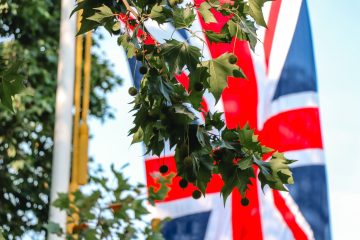