Peer-2-Peer released new figures today indicating that the P2P industry is responsible for more than £2.1 billion in loans during 2014, doubling in size since 2013. The number of lenders has increased by one third and borrowers have also increased by 90% according to the statement by Peer-to-Peer Finance Association (P2PFA).

The Peer-to-Peer Finance Association is a UK trade body that maintains Rules and Operating Principles that must be followed by all Member organisations to protect the interests of all their consumer and small business customers. The P2PFA publishes quarterly figures showing industry data and the cumulative lending. On April 1 2014, peer-to-peer lending became regulated by the Financial Conduct Authority.

P2P financing arrangement is being promoted by the UK Government as an alternative to bank lending. Banks are being urged to pass on loans they are unwilling to bet on alternative lenders.

Christine Farnish, Chair of the P2PFA, said “These figures demonstrate the growing impact peer-to-peer lending is having on the market. Last year showed continued and solid growth in the consumer market and a significant increase in lending flow to businesses. Invoice finance and peer-to-peer finance within the property market are also growing.

She added, “2015 will be another important year for our industry.” The Government has agreed that peer-to-peer lending should become part of the ISA tax-wrapper, a decision P2P warmly welcomes.

“Our strong view is that Government should establish a new ‘Lending ISA’ category to enable consumers to understand the difference between peer-to-peer lending, cash savings and stocks and shares investments.” she said. 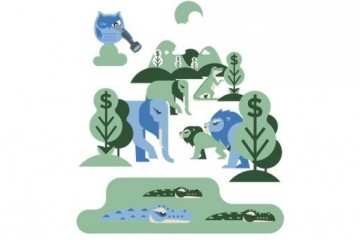