What does a machine learning scientist who also happens to be a wine enthusiast come up with after a chance encounter with a legendary Bordeaux wine? An application that might be able to predict the quality of wine.

Alex Tellez was a Machine Learning Scientist at Robert Half and a Senior Data Scientist at Switchfly before that. Now he is a Cyclist, Applications & Community Hacker at H2O, and he has been up to some serious ML application.

“I thought, can I apply some machine learning to Bordeaux wine?” notes Tellez, according to a report in Datanami.

Tellez found that the Bordeaux quality in the years 2009 and 2010 surpassed that of any in the previous 5 decades. He worked on the possibility that there may be a link between historical weather data for the Bordeaux region and the quality of the wine for that particular vintage. Although it is widely accepted that wine quality depends on a multitude of other factors, Tellez decided to start with the weather – a key element, none the less.

Armed with 60 years of weather data, he developed a neural network and ran the data through unsupervised machine learning algorithm in the H2O product set called an auto encoder, reports Datanami. 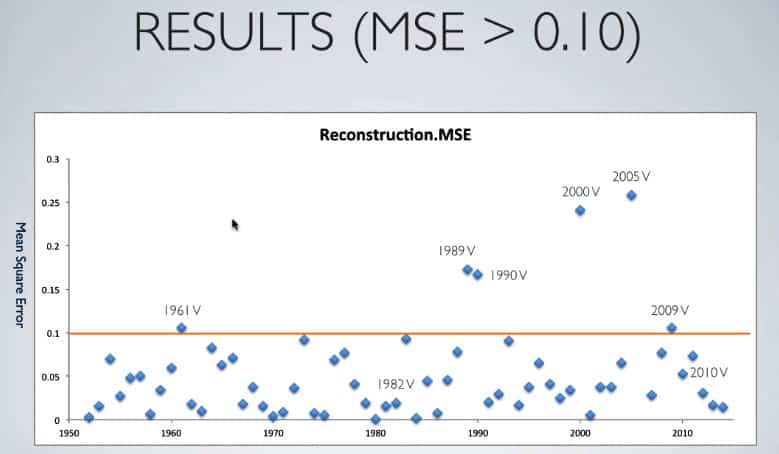 Six of the eight years with great Bordeaux vintages (those with Vs) over the past 60 years positively correlated with a mean square error in excess of 0.01- source

Tellez’s model proved his theory, drawing relation between the weather and vintage years in six of the eight great vintages since 1950.

“For neural networks in general, you obviously want to use a lot more data than 60 years I have here,” he further added, relieved that his model did not give any erroneous/ opposite outcomes.  “But it’s a fun experiment to do because you actually see the power of what it’s doing in these reconstruction errors.”

“We’re trying to beat the wine snobs at their own game,” he quipped. He intends to further develop the model to add more weather data parameters.