by Dataconomy News Desk
in Data Science, News
Home Topics Data Science
Share on FacebookShare on TwitterShare on LinkedInShare on WhatsAppShare on e-mail

MagicLeap beguiled and amused us all last week with their inventive patents for their augmented reality headset. But they’re far from the only players in the Augmented Reality game, as Meta have proven this week. They just scooped up $23 million to power the development of their device. They intend to shake things up things a bit with their offering which promises smooth interaction between the wearer of its flagship head gear and digital images.

“We’ve got traction, we’re shipping a product and now we’ve got capital to ramp this and move it forward,” said Meta Chief Product Officer Soren Harner, reports the Wall Street Journal. “This turns your whole world into your display. In five years we want to replace your computers and cellphones. The dream is to make it the next form factor.” 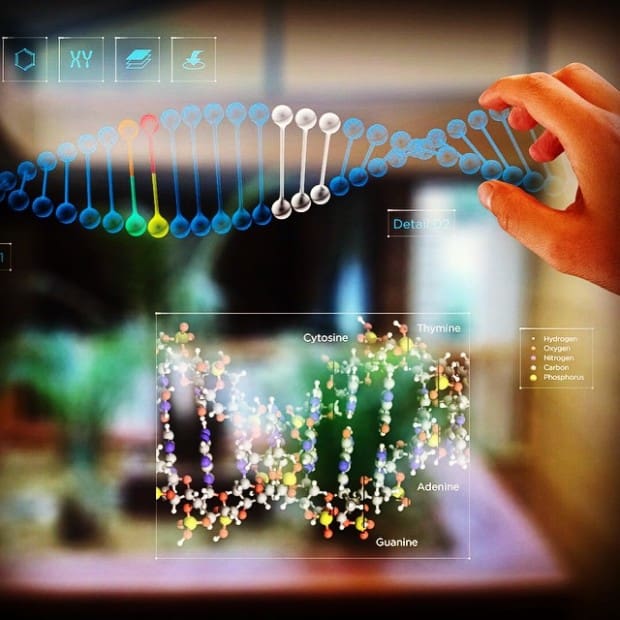 Earlier they has started with a 2013 Kickstarter campaign to raise $200,000 for the first developer kit, going up to $2 million and logging 1,500 preorders. Now available for shipping, the headsets have a 3-D see-through display, two cameras, Dolby 3-D audio and 360-degree head tracking, reports WSJ. The sensors and projectors allow for projection of digital items into the physical world and allowing wearers – pioneers – to interact with the digital image.

With the unveiling of Microsoft’s HoloLens and the existence of virtual and not augmented reality devices like Sony Corp.’s Project Morpheus and Facebook’s Oculus Rift in the market and developing still, a lot of expectations and excitement is bound to follow.

Unlike predecessors, Meta sees enterprise applications as well.The company’s vision is to replace all forms of computers and smart devices with wearable ones.

“It’s a question of when, not if,” Harner said. “The lesson we took from Google Glass is you don’t overpromise and under deliver.”