The Big Data Analytics sprawl has permeated into the arts. This month, we reported on how beacon technology was being used to overhaul the library experience. Now, The Cleveland Museum of Art are similarly turning to mobile apps and iBeacons to create a more interactive customer experience, and gather vital information on how patrons interact with exhibitions.

“This is about seamless ways to get visitors closer to the art,”  explains Jane Alexander the museum’s CIO. The Wall Street Journal reports that with the collected visitor data museum authorities could gain insight on traffic flow and exhibit layout and help guide the creation of future digital content.

In order to make available information regarding 45,000 artworks on smart devices for enthusiasts to access, the museum’s app, ArtLens, triangulates visitors’ locations using information from 230 beacon access points which triggers display data on artworks in the vicinity, providing them with digital content such as video, audio, text, and still images.

Utilizing an image recognition feature artworks tagged with the ArtLens icon can be scanned using smartphones and the app displays information in context to the artwork. The image recognition capabilities work up to a range of 50 feet. “It brings you into the painting so that you can look at it closer” without waiting in line, Ms. Alexander said.

This isn’t the first instance of using technology to enhance interest and footfall towards art appreciation. The Guggenheim Museum in New York is in the early stages of testing beacon technology. “The question right now is coverage, how granular can we get,” CIO Rob Rosenthal says, according to WSJ.

The executive leadership at CMA formulating a framework for data usage. CMA hired Local Projects, which specializes in designing media content for museums, to build ArtLens was Launched in January 2013, and now available on iOS and Android, ArtLens was built with help from Local Projects which has expertise in designing media content for museums. Navizon provided the software correlating the beacons.

Next up for CMA’s venture into Big Data Analytics is deploying ArtLens on wearable devices.


(Image credit: Artlens, via the Cleveland Museum of Art) 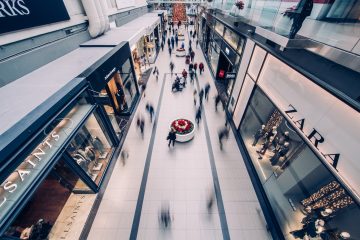