Aerospike’s NoSQL database enables Forensiq to continuously update its fraud database of over 500 million users, mobile devices and IP addresses and accurately detect potential fraud within 5 milliseconds, bringing quality and transparency to online advertising, according to an Aerospike press release.

“When it comes to online advertising fraud detection, speed and reliability are crucial. With Aerospike we’ve found a solid database offering that is built for tremendous performance and true scaling,” vouches Matt Vella, CTO at Forensiq. “We have grown 1000 times over the past year, and as we continue to enhance our innovative technology to fight online ad fraud, we need an equally innovative database technology like Aerospike to fuel our explosive growth and scale our business.”

“Advertising funds the Internet and Forensiq is using the fastest database in the world to combat online advertising fraud, making things better for the entire Internet economy,” said Brian Bulkowski, co-founder and CTO, Aerospike. “We are thrilled to support Forensiq’s explosive business growth.”

The Interactive Advertising Bureau (IAB) reports that out of the $50 billion current worth (2014) of the U.S. digital advertising industry, an estimated 36 percent of ad impressions are fraudulent and may never be seen by humans or influence purchases.

Forensiq filters out fraudulent impressions in only 5 milliseconds during the pre-bid as part of the 150-millisecond RTB process. The Forensiq reputation platform continuously collects real-time data every time a user views, clicks or interacts with an ad and delivers a reputation score to customers so they can determine whether or not to bid on an impression.

Unlike first-generation NoSQL databases and in-memory technologies such as Redis, Aerospike allows for “elimination of the need to develop new application logic to deal with the complexity of caching or managing shards, routing requests, handling replication and failover,” thus helping it focus on algorithms to increase online ad performance for customers and grow its business.

Two clusters located in data centers on the US East and West Coast enable Aerospike to run in pure RAM on bare metal servers. Forensiq uses Aerospike Cross Data Center Replication (XDR) to keep data in the two clusters synchronized. Additionally, Forensiq designed a data management library to insulate the application from the specific database APIs and ensure fast and easy migration from its existing NoSQL database to Aerospike. 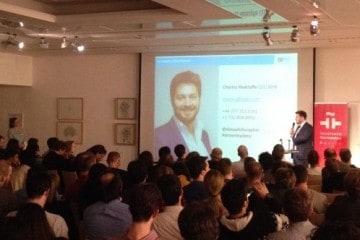 What You Missed at Big Data Berlin 4.0 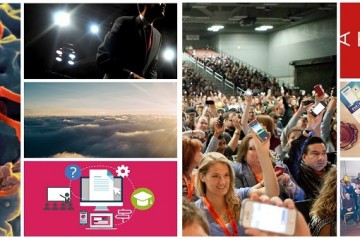 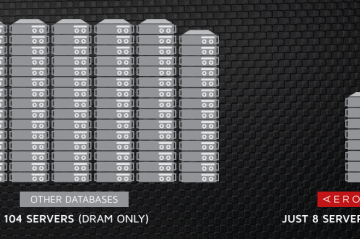