These Maps Show How Big Data Can Fight Climate Change 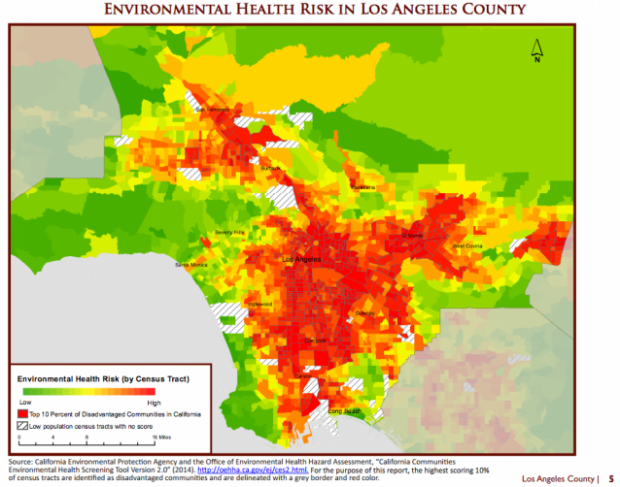 Following on from yesterday’s report on how Microsoft and Amazon are giving cloud computing grants to the data science eco-warriors of the future, another Climate Data Initiative-affiliated initiative. Yesterday saw the launch of the latest version of he Los Angeles Solar & Efficiency Report (LASER), a mapping tool fuelled by data which can help communities understand climate and pollution risks in their area, and hopefully combat climate change.

By releasing these maps today, we humbly join an international movement of individuals, public entities, and private companies who are maximizing the potential of shared information to inform, educate, and usher in a new wave of innovation and opportunity.

The maps paint a startling picture for the future of LA. Using groundbreaking climate projections by Dr. Alex Hall and the UCLA Department of Atmospheric Oceanic Sciences, the LASER maps show that by the middle of the century, LA’s urban core will experience three times as many extreme heat days (95 degrees Fahrenheit and above) as it does now, and the valleys will experience four times as many. 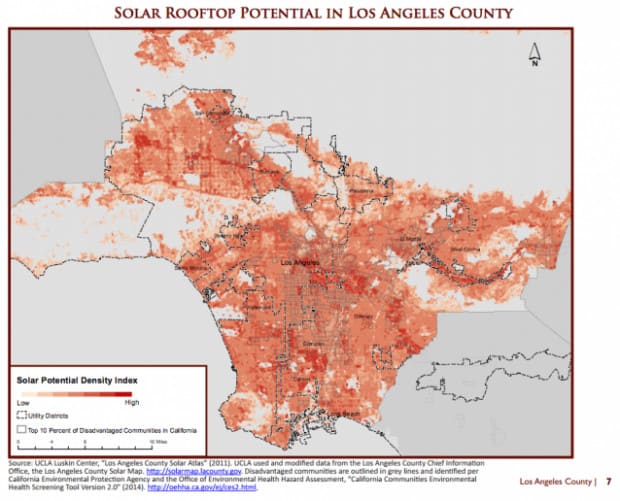 However, opportunities for cutting energy usage in LA are rife. Despite being famed for its sunny climate, the citizens of LA are currently leaving around 98 percent of their rooftop solar potential untapped. Harnessing just 10 percent more would lead to the creation of 47,000 more solar installation jobs and could reduce carbon pollution by 2.5 million tons annually.

LASER’s maps show that some of the communities most vulnerable to air pollution and extreme heat- such as East Los Angeles, South Los Angeles, and the San Fernando Valley- also have some of the highest potential for job creation through rooftop solar installation and energy efficiency, which both also reduce climate and air pollution.

The maps offer a powerful insight for communities into exactly how they can cut pollution and energy use. As Madrid concludes, “Information is power. It’s not just for the data crunchers, the politicians, or even the climate nerds; it’s for everyone and can start a conversation that everyone can access”.