Data science has taken an enormous stride forward in a relatively brief period of time. The field of data analytics, specifically, has widened with the integration of computer technology, and more recently with the use of machine learning and AI algorithms. The field is now a major component for several industries, including all types of business, healthcare and NGOs. Moreover, with the introduction of predictive analytics, the field’s status as a vital area of study is being further solidified.

Predictive analytics uses historic data and complex algorithms to make predictions of trends, actions and outcomes, and it remains largely the purview of highly trained data scientists. Despite advances in the field, the barriers erected around it by academia and business have remained largely untouched. For laypeople, predictive analytics remains a buzzword. Until recently, it took a degree in statistics, data science and maybe computer programming to fully succeed when using analytics suites.

Even so, new technological forces are slowly tearing down the existing barriers. Blockchain-based startups have leveraged the technology’s many advantages to create predictive analytics suites that resolve two of the largest issues limiting regular users’ ability to enter the field: technological capability and accessibility.

The success of predictive analytics depends on the size of the dataset being examined. Smaller sets can still produce results, but their accuracy will be limited to high-level assumptions due to a lack of testable points. This problem may seem irrelevant, but in a field that demands precision and actionable insights, it presents a serious limitation for most companies that aren’t on the enterprise level.

The issue is that while data is available, aggregating large enough datasets to significantly increase confidence in predictions isn’t always possible. More important than data amounts, though, are the resources necessary to scrub datasets into usable groups.

Both problems mean that companies require either a dedicated team of data scientists to parse through these sets, or a software suite powerful enough to do so rapidly. For most small and medium-sized businesses, this usually means settling for subpar software, or forgoing it entirely. However, blockchain and its associated capabilities deliver more agile solutions that distribute the technological load instead of centralizing it.

Applications like Golem and Conduit, blockchain-based super computers that derive their processing power from users’ spare computing space, give companies a cheaper and easily accessible solution for their limitations. Now, anyone can access the computational power needed for in-depth predictive analytics without having to purchase expensive components.

Even with technological barriers removed, predictive analytics remains a heavily fenced field. The problem is that users who have little experience in data science or analytics are lost as to where and how to begin using these tools.

Predictive analytics is a complex area of study, requiring understanding of machine learning, advanced statistical analysis and computer programming. Even businesses that use it must employ business intelligence suites or have staff capable of handling the heavier lifting required to generate insights from data sets.

The issue that remains is centralization. This is due to knowledge being the restricting factor and technology not providing a more accessible way to manipulate and explore data sets enough to make accurate predictions. This two-headed problem means that users cannot easily interact with predictive analytics suites. Even if they can, making queries that produce positive results is a complex process. To ask questions, data scientists must be aware of different parameters, variables and best practices for posing queries.

Once again, however, blockchain solutions provide potential answers that could be gamechangers in the field. One of the biggest difficulties regular users experience when dealing with massive data sets is finding the right questions to ask. For data scientists, this usually means finding the right combination of formulae and algorithmic queries to produce results. However, for non-experts, it generally means asking a question in natural language that can provide the same outputs.

Endor, a predictive analytics suite built on blockchain and social physics, is looking to resolve the issue by creating a more accessible and simpler system for using analytics tools. The company’s solution integrates natural language processing, which lets computer systems understand queries made in “regular” language. It also uses machine learning to understand and interpret user queries in order to answer them accurately.

“All data analytics methods predict the future. This is how Walmart stocks up on snow shovels before a storm, or how Amazon gets products to you on the next day,” says Professor Alex Pentland, Endor’s cofounder and world renowned AI-expert from MIT. “However, most methods of dealing with human behavior, and particularly human financial behavior, aren’t very good because they don’t have any knowledge about how trends take off and spread among humans. This is like trying to predict the movements of the planets without knowing any physics. What social physics does is add knowledge about statistical regularities in human behavior to improve detection and prediction of trends and similar crowd behaviors.”

Similarly, IBM’s Watson AI has been used for its natural language processing skills, and has been instrumental in improving analytics of data on blockchain itself. Others, like Sether, are taking this new analytics paradigm and applying it to business use cases in the marketing and advertising field. Sether automates the process of mining and collecting, giving users a product that lets them explore data that has already been scrubbed and sorted.

Solutions like this work to make the field more accessible to laypeople and allow them the same facilities as major corporations and universities.

BREAKING DOWN THE WALLS

Analytics is becoming an increasingly central part of the world we live in. From business to academia and even urban management and development, the technology is a vital aspect of finding efficiencies and streamlining efforts.

However, until more people have free access, it will remain another fenced technology only available to elites. Blockchain’s decentralized nature and democratizing power can equalize the playing field. By simplifying the technology and giving users an easier way to interact with this advanced infrastructure, blockchain can be a notable driver for the field by harnessing both adoptability and accessibility.

The Role of Big Data and Mobile Apps in Healthcare 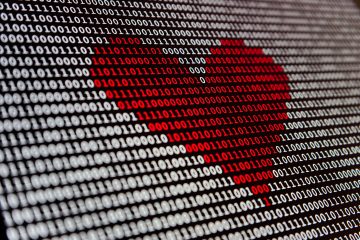 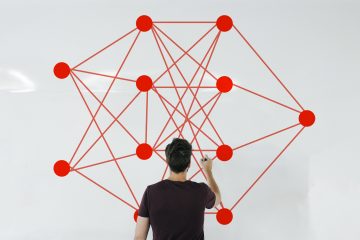 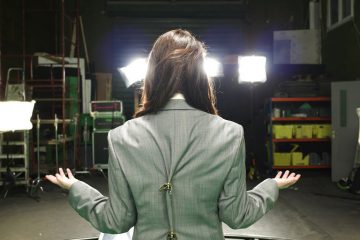