Skepticism in the digital era is an emerging pattern in which technologies are treated with a certain degree of dismissal immediately following an initial wave of excitement and expectation. Perhaps this is meant to reassure businesses that carrying on comfortably is an acceptable option. After all, they may think, why risk innovation when you can continue with technology that’s been working just fine?

Blockchain is a high-profile victim of this phenomenon. As a distributed ledger technology that promises faster, more secure payments, it’s been the hot talk of various industries. But the reality is that blockchain is an advancement that – when divorced from the hashtag hype cycle and actively placed in the proper context – is as exciting as it seems, if not more so.

Having said that, very few businesses are talking about blockchain’s most practical disruption: the invoice. Because blockchain essentially removes banks from a transaction, it brings significant changes to the way a buyer and a supplier do business together. As a result, large parts of the transactional processes that have been in place for years are no longer necessary.

Blockchain in finance and purchasing

While blockchain technology may have limited application in other sectors, it has an opportunity for a serious takeover in finance and purchasing. As a means of reducing costs, improving efficiency, controlling fraud, and boosting transparency, blockchain has tangible, real-world benefits for procurement functions – whatever the market or business.

Blockchain allows purchases to be representative as immutable items on the blockchain. When a supplier approves a purchase order, they are immediately committed to the cost listed. They could never issue an invoice that would be more or less money than the recorded purchase order.

Before we dig deeper into the benefits of blockchain in this realm, let’s go through some of the common reasons skeptics think blockchain is not all it promises to be for finance.

“Whilst a blockchain itself is safe, an application using it remains hackable.”

This is also true of your bank software, Apple Pay or pretty much any software we are currently using for payments. It should not stop us from using it or leveraging its deep, transformational effects for business.

“It can be too transparent.”

Technically true, but in reality, the references to user wallets are encrypted key strings which, whilst easy to relate to the originating source and other related transactions, are not as easy to relate to an actual physical person. This is true in much the same way as a credit card number isn’t easy to trace back to a person without extra information.

“It’s not the most elegant solution.”

Here’s where we strongly disagree. The elegance is in the simplicity. Banks have been trying to come up with distributed ledger technology since the ’70s, but they were hindered because they refused to be outside the transaction. By using TLS style encryption and cutting out the transaction verification at the financial institution level, the whole transaction becomes significantly simpler.

“You can still lose things!“

Of course you can. You can lose your wallet too!

As you can see, there isn’t much validity to these arguments. Especially considering that invoice processing, and invoice fraud by proxy, are the biggest threats to company money out there today. Just look at Facebook and Google, who were victims of a $100M payment scam this year.

Why blockchain is the future of purchasing

Pretty soon, the invoice will be a thing of the past. Here are the reasons why blockchain will kill the invoice once and for all.

In the age of phishing, malware and general cyber security attacks, this seemingly simple principle becomes complicated. Login details become tools for criminal behavior; high-level executives suffer from impersonation by hackers, who then persuade other parties to release vital funds. The sheer scale and variety of cybercrime is growing.

Blockchain provides a means of automating trust. By using permanently retained historical data to authenticate everyone involved in a deal, each side can be assured of the other parties’ trustworthiness. And because prices in blockchain transactions cannot be modified, invoices will effectively be rendered obsolete.

Finance functions will also benefit from the speed and efficiency of blockchain technology. For one thing, it’s fully digital. By taking the more time-consuming elements of a conventional transaction out of the equation, blockchain immediately saves time and resources that would have been spent on these tasks. Shared access databases mean that it’s no longer necessary to manually scan invoices. This dramatically accelerates the reconciliation process, as all parties are allowed to view the same transaction.

Blockchain effectively cuts out the middlemen. By removing all intermediaries, it makes the processing of payments and transactions much faster.

Blockchain technology stores every detail of every transaction at every level. This will – as mentioned above – facilitate increased fraud control, and it will also offer transparency into issues of legality, such as money laundering and the use of child labor.

Though it’s a digital technology, blockchain will also assist in the tracking and recording of physical items. As they are transported across local and international borders, they can be identified at each location – creating a strong and fully documented audit trail. This allows for management and optimization of supply routes.

It’s clear that blockchain will have a significant influence on finance, and most of all, on the invoice. The advantages of blockchain for streamlining everyday business processes shouldn’t be understated. Do the research to ensure you’re positioning your business correctly and you’ll be in the camp that benefits, both now and in the future. 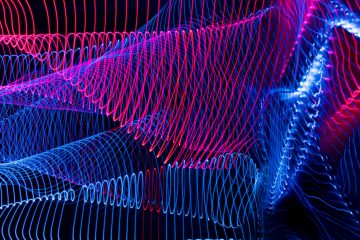 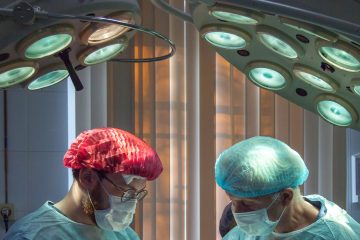 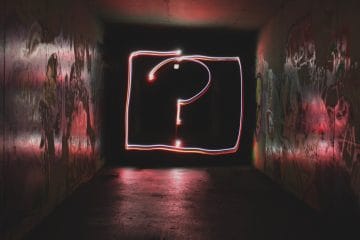