Maren Lesche is a startup expert based in Berlin. After studying Applied Media Science at the Technical University in Ilmenau and in New York, she worked for and with tech companies like T-Systems and Microsoft. In 2012, Maren started at EIT Digital supporting its Pan-European startup activities like EIT Digital Idea Challenge. Maren joined the etventure group in February 2016 where she has been involved in the IoT European Platforms Initiative as well as Startup Europe projects. She is a startup enthusiast and mentors at TechStars, Startupbootcamp, SAP IoT Accelerator as well as ZNationLab in India. Maren focusses on IoT, Digital Health and FinTech. She is also advisor at the SXSW Accelerator for Wearables and Healthcare, Ambassador of FTR4H (Future4Health, an international innovation community), the German-Israeli-Startup Exchange Programme as well as the German-Indian-Startup-Exchange Programme. In April 2018, Maren started her own company Startup Colors and will support the team of CUBE Tech Fair. and DBF. 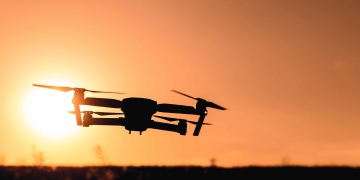