What is semi-automated offside technology (SOAT)?

AI-based semi-automated offside technology (SAOT) has been developed to help video and on-field officials make quicker and more accurate decisions on offsides during a match. The new system makes use of 12 cameras that are positioned below the stadium’s roof to track 29 data points on each player at a pace of 50 times per second, giving rise to a position that is almost perfect concerning the surface. It previously debuted in UCL.

The innovative system utilizes AI and ball-tracking data to automatically alerts the video match officials in the video operation room whenever an attacker receives the ball in an offside position.

Are we going back to toenail offsides? The Head of the FIFA Referees Committee, Pierluigi Collina, is certain that any amount of offside is offside. So, unfortunately, we will see these kinds of positions in the future with semi-automated offside technology.

The exact positional data points used to make the decision are generated into a 3D animation that precisely depicts the position of the player’s limbs when the ball is played. This is done after the video match officials, and the referee on the field have confirmed the decision.

The 3D animation will then be exhibited on the stadium’s massive displays and made available to FIFA’s broadcast partners to notify all spectators as clearly as possible. It will always show the best views for an offside situation.

FIFA collaborated with several companies, including Adidas, whose “Al Rihla” match ball will have an inertial measurement unit (IMU) sensor that will transmit data to the control center 500 times per second.

“Al Rihla, Adidas official match ball for Qatar 2022, will provide a further vital element for the detection of tight offside incidents as an inertial measurement unit (IMU) sensor will be placed inside the ball. This sensor, positioned in the center of the ball, sends ball data to the video operation room 500 times per second, allowing a very precise detection of the kick point”

The gathered tracking and ball data will be FIFA’s exclusive property.

How is SAOT different from VAR?

Simply put, within 15 to 25 seconds of play action, the SAOT will indicate a potential offside. In contrast, it can take the VAR system up to 70 seconds to finish an offside check.

In theory, the semi-automated offside technology removes the possibility of an uncalled offside. The SAOT depends on speed and precision to determine whether a player is on or offside, which will help referees make decisions faster.

The MIT Sports Lab has analyzed and validated the data gathered during online and offline tests, and TRACK at Victoria University has scientifically confirmed the effectiveness of the limb-tracking technology. A research team at ETH Zurich is offering more information regarding the technical capabilities of such multi-camera tracking systems.

According to Collina, the legendary former referee and Head of the FIFA Referees Committee, FIFA has created a system that is just as precise as goal-line technology. According to him, fans trust goal-line technology and therefore must have faith in semi-automated offside. But it’s not that easy. Supporters see the ball crossing the line as a black-or-white choice. Football fans dislike the close, controversial calls when it comes to offside incidents. Although Collina is optimistic that the viewers will be happy with the results, the visualization component will need to do a lot of work to convince them.

Check out the importance of data visualization

Now let’s take a closer look at how it works in real life.

Within the first minutes of the Qatar World Cup’s first game, there was uncertainty and controversy after Ecuador’s goal against the host nation, which was disallowed by VAR utilizing FIFA’s new semi-automated offside technology.

Ecuador thought they had the lead against the hosts Qatar in the third minute when Enner Valencia scored, but there was a thorough review for offside. Although the final verdict was right, the review took longer than a typical offside check. Even with FIFA’s semi-automated offside system, there needs to be an improvement in how quickly fans receive the information.

What happens if the video match officials do not agree with SOAT?

The video match officials can still employ other widely used offside decision support techniques, such as crosshair or triangulation if the semi-automated offside technology does not function well or fail to convince them.

Why has SAOT been introduced?

According to Law 11 of the football rulebook, a player is offside “if any portion of the head, body, or feet is nearer to the opponent’s goal line than both the ball and the second-last opponent.” But that regulation needs to be enforced with some restrictions. For instance, a player cannot be offside if an opponent purposefully touched the ball last and can only be offside in the opponent’s half of the field. Additional changes could be made to these requirements as well. This season, the rule-making body, Ifab, was compelled to provide a 400-word explanation of what “deliberate” meant.

Given its complexities, it is not unexpected that the offside law has presented VAR with the most difficulties. A representative will review video footage to examine an occurrence remotely. These shortcomings quickly became apparent after VAR’s introduction to the Premier League. The exact moment a ball is kicked is frequently difficult to capture on video, and offside lines were also drawn manually. Such an approach immediately generated the potential for frustration in the case of a high-stakes decision, where the difference between a goal and not is a matter of millimeters. Perhaps more importantly, it might take some time to make these selections.

Are you wondering how your room will be in cyberpunk style? Try Interior AI

Some claim that data science is destroying traditional football, but football is still a game of mistakes. Remember that those who play on the field are human beings. Artificial intelligence and data analytics are turning points for the transformation and development of sports.

Check out the effects of artificial intelligence in sports for detailed information. 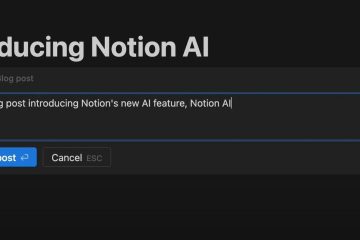 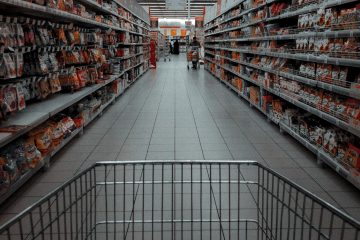