Software defined data center (SDDC) is the result of decades-long progress in server virtualization. SDDC extends virtualization into data storage and networking, and it provides a single software toolset for managing those virtualized assets. All infrastructure elements, networking, storage, CPU, and security are virtualized and delivered as a service in the scope of SSDC. Deployment, operation, provisioning, and configuration are also abstracted from the hardware and implemented through intelligence.

In the cloud and edge computing era, software-defined data center architectures provide significant agility gains to IT departments. An SDDC can improve IT departments’ ability to react to new requests for IT resources by pooling IT infrastructure assets and standardizing management tools across infrastructure layers. While software defined data centers offer end-users more control and flexibility, IT staff also retains provisioning control while lowering expenditures and laying the groundwork for app modernization.

What is software defined data center?

In contrast, a software-defined data center is a platform that serves the needs of an organization’s software, infrastructure, or platform. SDDC can be deployed on-premises, with the MSP, or on private, public, or hosted clouds. SDDCs also host servers, storage devices, network equipment, and security devices like traditional data centers. Unlike a traditional data center, SDDC takes a programmatic approach to the functions of a conventional data center.

In 2012, former VMware CTO Steve Herrod coined the term “software defined data center”. Since then, this technology has gained a lot of traction.

The SDDC, which stands for “software-defined data center,” is a platform that manages the integrated environment. It combines virtualized compute, storage, and network resources with a platform for managing the integrated setting.

Storage virtualization pools resources and eliminate isolated storage systems. Storage virtualization allows for more flexibility and scalability since it is possible to provision storage from the pool without purchasing a new capacity. You may dynamically allocate storage with virtual storage, allowing each application to have the capacity it requires as needed.

Network virtualization enables the provision and manages networks independently of the physical hardware. The abstraction of resources lowers provisioning time and boosts flexibility, allowing you to move workloads across data centers more freely. Businesses should consider investing in the right network virtualization solution to prevent IT data losses and improve productivity, including security features to secure networks and isolate workloads.

The SDDC integrates these virtualization layers, creating a single, hyperconverged environment that allows the delivery of IT resources as a service, regardless of whether the SDDC is hosted in a private, public, or hybrid cloud. Single management and automation platform standardizes management across the virtualization layers and allows policy-based automation, which streamlines operations.

Today, the migration to software defined data centers has accelerated, and many organizations are replacing their traditional infrastructures with their modern counterparts.

Organizations can gain both immediate and long-term advantages by implementing a software defined data center architecture. Agility is the first and most crucial short-term benefit. You can significantly cut down on time it takes to provision new resources when using an SDDC. It no longer takes days to set up a new physical server, add more storage space to an application, or make physical network modifications. Policy-based automation can also speed things up considerably by allowing deploying resources in mere minutes.

In addition to offering increased security and reliability, an SDDC can also assist with infrastructure performance. You may optimize the performance of each application and workload without having to make physical modifications to the infrastructure.

In the long run, the SDDC helps you keep costs down. Pooling resources allows you to use your existing infrastructure more efficiently and avoid the need for new system purchases. Redundancy and multiple backup sources contribute to more efficient operations, which equals less infrastructure sitting dormant. Implementing an SDDC using hybrid or public cloud infrastructure allows the transition from CAPEX to an OPEX model, eliminating significant up-front expenditures.

Establishing a strategy to modernize your infrastructure and applications is another advantage of adopting an SDDC approach. By focusing on a single management platform, you may easily connect new technologies and shift workloads to the cloud.

It is wise to explore the challenges that might risk your ROI while implementing software defined data center. The most challenging part is obtaining a cross-functional agreement. Cross-team congruity is essential to adopting SDDC, but many legacy IT companies are trapped in siloed procedures and rules that make standardization harder than it needs to be. It might take time to get procurement, development, IT analysts, system administrators, and other teams on board with new tools and procedures. Nonetheless, when SDDC is fully implemented, the payoff in efficiency, creativity, and overall cost of ownership can be enormous.

After you’ve completed the initial stage of standardization, there are still technical difficulties to overcome. Depending on the nature of your application and how you customize it, switching over to the new environment might result in some app downtime. Deploying software defined data center components in stages will lower the risk of downtime. Choosing a cloud-based SDDC allows you to experiment with new virtualization layers before putting the entire environment into production at a lower cost.

Without a doubt, the moment you start to virtualize new infrastructure layers like storage and networking, your operations teams’ procedures and workflows will have to be modified. IT departments may have a learning curve when they’re ready to manage the new environment and utilize new tools. Using a familiar toolset to develop an app on the cloud can reduce the learning curve considerably.

SDDC’s past, present, and future

VMware introduced x86 server virtualization in 2006, and the software defined data center evolved from this trend.

The software defined data center market is divided into three categories: Software-defined compute, networking, and storage. According to Allied Market Research’s report, the SDDC market is anticipated to reach $139 billion in 2022, with a CAGR of 32% over the last five years.

SDDCs are expected to have a similar impact on computing in the data center as isolated networks have done on the internet. The ability to abstract the application layer from the underlying physical hardware allows an app to be deployed in many locations.

SDDC is the standard virtual infrastructure for moving computing resources from demand to private, public, and hybrid clouds. As SDDC grows, IT security must be revised as software abstraction of data center technologies necessitates. Security and virtualization teams can combine efforts to spot and neutralize possible risks. Integration of security in software enables organizations to modify and orchestrate security measures to combat new dangers swiftly.

How to improve your data quality in four steps? 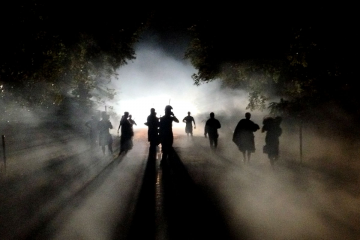