Amidst continuing bank crises and stock market woes, the number of new businesses registered in the UK reached 581,173 in 2014 – a record high. It’s a telling statistic not only for the UK, but for other parts of the world in which advanced technology, startup accelerators, and new funding options are empowering individuals to turn their ideas into companies more than ever before. A closer look at the forces behind this entrepreneurial surge reveals that FinTech – with its innovative options for raising capital, purchasing and payments, cashflow management, and general administrative tools – is a major enabler in the startup ecosystem.

Before alternative financing options, founders could fund their ventures using several tried and true methods. Depending on level of traction and organization, they might go through family, friends, angels, bank loans, venture capitalists or some winning combination of them all. FinTech has added crowdfunding and peer-to-peer (P2P) lending to this list, both of which have already empowered plenty of companies to launch successfully.

One such company is Pebble. In 2013, the smartwatch startup made headlines when it raised more than $20 million via Kickstarter, shattering an original goal of $100,000. The company originally had trouble attracting substantial investors, so CEO Eric Migicovsky put his faith in crowdfunding.

“We spent about a month and a half working on the Kickstarter campaign – building a prototype, shooting the video, writing the text, taking photos, and designing the Kickstarter page and pledge levels,” says Migicovsky. “We looked at all the famous Kickstarter projects, the ones that were most successful, and took cues from their videos. Making a video that had a personal pitch and talked directly to your customers and viewers was really important.”

Pebble’s Kickstarter campaign ran for just a month and gathered nearly 69,000 backers. The smartwatch is now retailing in major chains around the world, and the company earned valuable publicity from the fundraising process.

While standard crowdfunding typically involves individuals giving money to a cause in exchange for rewards (in the case of Pebble, the reward was up to 30 Pebble Smartwatches depending on the amount of money invested), equity crowdfunding, another option, works in a similar way – the only difference is that backers receive equity in the company in exchange for their investment. CrowdCube has made a name for itself in the UK as a leading platform, helping young startups earn money and valuable word-of-mouth marketing. 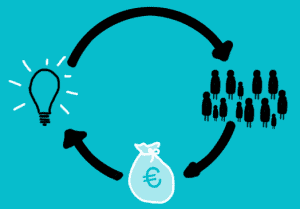 But the list of options doesn’t end there. Founders can also crowdfund prototypes with platforms like LaunchLeader. The website, a “micro crowdfunding” system for raising money from family and friends, is a simple route to financing a minimum viable product.

While not yet a household name like crowdfunding, peer-to-peer lending is a valuable tool for many startups, especially in early stages. P2P lending has the potential to be more flexible and less volatile with lower interest rates than traditional lending from banks and credit card companies. LendingClub in the US and FundingCircle in the UK are leading marketplaces of this type, connecting borrowers and investors. The UK’s P2P lending sector is now worth over £2.1 billion – an incredible figure considering banks have historically controlled who can borrow money and at what rate.

A new standard for payment processing

The FinTech payments space is growing rapidly with over $5 billion invested in the past 5 years, increasing the number of options founders have for processing transactions. Stripe, an especially prolific disruptor offering a suite of APIs, has made a name for itself powering marketplaces (Kickstarter, TaskRabbit, Lyft, and FitBit are among them), SaaS companies, and other businesses of all sizes. 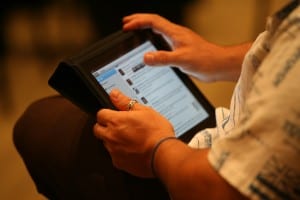 Stripe has also equipped companies with the resources to expand internationally, and was  along for the ride when Lyft and Kickstarter took their services abroad. Stripe successfully managed currency conversions and established central hubs in new countries – two roadblocks that, until recently, had been halting growth for many promising companies. John Collison, co-founder and president of Stripe, made it Stripe’s goal to simplify international payments for rapidly expanding global ventures.

“Before Stripe, Lyft were literally running their own banking department, like a bank of Lyft, with people who were responsible for doing driver payments,” says Collison. “That kind of thing in a fast-growing startup is not efficient.”

The option to pre-order

Sometimes payment processors alone don’t do the trick. That’s where startups like Celery come into play. With its simple, embeddable pre-order checkout page, Celery enables companies to accept orders even when they can’t ship them until much later.

Leaders at Celery believe their interface is particularly suited for crowdfunders who have already finished fundraising and are now moving on to readying their product. “A common solution is ‘Hey, we’ll just collect email addresses and we’ll get back to you with payment collection later,’” says co-founder Brian Nguyen. “We thought that was a really ineffective workaround and that’s why we wanted to push the concept of preordering.”

Using a pre-order tool allows startup to gather information about demand and required amounts of inventory. In the new crowdfunding economy – where businesses have potential to raise large sums of money with very little resources – numbers gathered from a preorder tool can result in important savings early on. 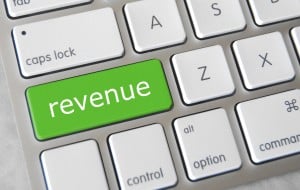 For ad networks, publishers, and app developers who sometimes wait months before receiving revenue payments, FinTech steps in with easier options for cashflow. BillFront, for example, provides its clients with revenue advancements in the form of weekly payouts, enabling them to quickly reinvest in marketing and new projects. Through the BillFront platform, funds can be accessed without setting foot into a bank branch.

Art Lapinsch of BillFront says about the benefit of revenue advancement for app developers, specifically, “You can leverage your existing success from your revenues, reinvest in user acquisition, and in the best case scenario, also profit from organic downloads.”

Startups with small, busy teams can’t afford to get bogged down in administrative tasks, but it happens more often than not. Founders can now take advantage of FinTech to smooth out administration processes and office inner-workings, freeing up valuable time to work on ideas that matter.

For every common administrative issue related to finance, there’s a good chance FinTech has that base covered. Looking for a reliable payroll service that still feels in-house and takes care of everything, including taxes? ZenPayroll is an intuitive, full service option. How about easy expense management? Xpenditure eliminates the need for the classic expense report with its A to Z automated expense management. Tired of time-consuming invoice generation? Countless new services, such as FastBill and Invoiceable, provide quick, easy, eye-catching invoices. Finally, companies such as Wave and FreshBooks bring the ease of cloud accounting to startups and small businesses.

While there may not be a magic formula for startup success, FinTech offers plenty of options to help springboard the process.