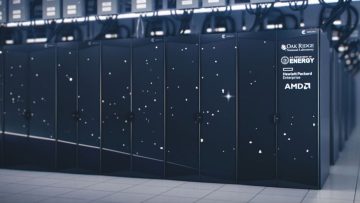 In keeping with a promise made by President Obama over seven years ago, the US has managed to create the first “true” exascale supercomputer, ushering in a new era of computational power. The fastest supercomputers in the world up until this point were still petascale, capable of a quadrillion calculations

National Oceanic and Atmospheric Administration (NOAA), the US federal agency focused on the condition of the oceans and the atmosphere revealed yesterday the upgrade of its supercomputing capabilities ‘to provide more timely, accurate, reliable, and detailed forecasts.’ “NOAA is America’s environmental intelligence agency; we provide the information, data, and services

In the USA, the Department of Energy have awarded $425 million to IBM and NVIDIA to develop supercomputers with data-centric computing architecture. “Data-centric computing, or the idea of locating computing resources all places where data exists to minimize data movement, is a necessary and critically important architectural transition that IBM is