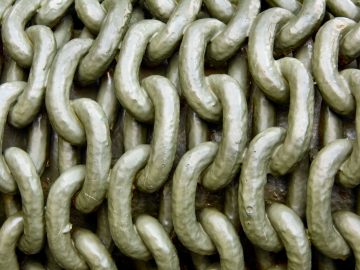 Bitcoin is currently trading at over $1250 and if you are someone who invested a grand in bitcoins back in 2011, your investments are potentially worth over $600K. The most valuable contribution of the bitcoin community is not in the financial returns itself, but in the introduction of blockchain technology.

What kind of industries will expand their use of fast data in 2016?

Organizations are being driven to be sophisticated in their use of data, and specifically in acting on fast data, to make critical business decisions. Fast data is data in motion, not data at rest (that is, stored for longer-term analysis). Studies have shown that data has the greatest value immediately

Heatmaps are now becoming a popular visualization technology used outside the fence of data science. They can be used, for example, to produce an overlay on a webpage to let web site administrators easily understand which parts of the site are most interesting (application examples can be found at https://heatmap.me).

E-commerce giant eBay has released an open-source, real-time analytics platform and stream processing framework, dubbed Pulsar. Through Pulsar, user and business events will be collected and processed in real time, enabling superior interaction, to the tune of a million events per second with high availability. Owing to the ever increasing

Real-time Trend Intelligence providers Bottlenose have secured a $13.4 million Series B funding, led by KPMG Capital, according to an SEC filing. Earlier in December KPMG Capital, a new funding wing set up by KPMG International, whose first investment fund was created to accelerate innovation in data and analytics, had

For years, companies have relied on business intelligence (BI) tools to drive strategy and identify opportunities based on historical data. However, in today’s fast-paced, data-driven economy, traditional BI often moves too slowly. Now, with the emergence of the Internet of Things and the demand for greater customer personalization, companies are

The Strata + Hadoop World Conference has meant companies have been announcing new products, updates and funding left, right and centre this week. Microsoft are not immune to the dramatic appeal of sharing new announcements with a massive live audience, and unveiled a raft of new features for their Azure