The Colorado State Fair’s annual art competition this year awarded prizes in all of the customary categories: painting, quilting, and sculpture. Mr. Jason M. Allen of Pueblo West, Colorado, however, did not make his entrance using a brush or a lump of clay. Midjourney, an artificial intelligence tool that converts lines of text into hyper-realistic images, was used to produce it.

AI artwork: High-tech plagiarism or not?

Mr. Allen’s artwork, “Théâtre D’opéra Spatial,” won the fair’s category for new digital artists, making it one of the first AI artworks to do so and sparking a heated response from artists who accused him of, effectively, cheating.

Mr. Allen, when reached by phone on Aug 31 by New York Times, defended his work. He stated that he had made it obvious that his work, submitted under the name “Jason M. Allen via Midjourney,” was generated using AI and that he had not misled anyone about its origins. He said, “I’m not going to apologize for it. I won, and I didn’t break any rules.”

AI-generated art has been around for a long time. However, programs developed this year with names like DALL-E 2, Midjourney, and Stable Diffusion have enabled even inexperienced artists to produce intricate, abstract, or lifelike compositions by merely putting a few lines into a text box.

Many human artists are naturally concerned about their own prospects as a result of these applications; why would anybody pay for art when they can create it themselves? They’ve also sparked heated arguments over the ethics of AI artwork, as well as criticism from some who believe these applications are effectively a high-tech form of plagiarism.

This year, Mr. Allen, 39, began experimenting with AI artworks. He operates the tabletop gaming firm Incarnate Games, and he was wondering how the new breed of AI artwork producers would compare to the human artists whose works he commissioned.

This summer, he was invited to a Discord chat room where people were testing Midjourney, which converts text into bespoke graphics through a sophisticated technique known as “diffusion.” Users send a message to Midjourney, and the bot responds with a picture seconds later.

Mr. Allen got hooked, producing hundreds of photos and marveling at their realism. Midjourney appeared capable of making it no matter what he typed. “I couldn’t believe what I was seeing. I felt like it was demonically inspired — like some otherworldly force was involved,” he said.

Mr. Allen eventually decided to enter one of his Midjourney compositions into the Colorado State Fair, which included a category for “digital art/digitally manipulated photography.” He got the image printed on canvas by a local business and submitted it to the judges.

Several weeks later, while going through the Pueblo fairgrounds, Allen noticed a blue ribbon hanging next to his sculpture. He’d won the category and a $300 award. “I couldn’t believe it. I felt like, this is exactly what I set out to accomplish. “

Allen refused to reveal the precise text instruction he gave Midjourney to develop “Théâtre D’opéra Spatial.” However, he claimed that the French version — “Space Opera Theater” — gave a hint.

He shared a snapshot of his prize work to the Midjourney Discord channel after winning. It found its way to Twitter, where it caused an outpouring of rage. Many chastised Allen for entering the competition with his AI artwork. Some artists backed Mr. Allen, claiming that using AI to make a picture was no different than using Photoshop or other digital image-manipulation tools and that human ingenuity was still necessary to generate an award-winning piece.

The Colorado Department of Agriculture, which oversees the state fair, said Allen had adequately disclosed Midjourney’s involvement when submitting his piece; the category’s rules allow any “artistic practice that uses digital technology as part of the creative or presentation process,” according to Olga Robak, a spokesperson for the department. She said that the two category judges were unaware that Midjourney was an AI program but that they would have given Allen the top prize even if they had known.

Is AI just a new tool for artists or a cheat code?

The debate over new art-making technology is not new. Many painters resented the development of the camera as a debasement of human ability. The 19th-century French poet and art critic Charles Baudelaire referred to photography as “art’s most mortal enemy.”  Purists condemned digital editing tools and computer-assisted design programs in the twentieth century for needing too little competence from their human colleagues.

Some critics argue that what distinguishes the current breed of AI tools is not merely its ability to produce stunning works of art with minimum effort. It’s how they operate. Apps like DALL-E 2 and Midjourney are created by collecting millions of photos from the open web and teaching algorithms to detect patterns and correlations in those images in order to generate new ones in the same manner. As a result, artists who submit their creations to the internet may unintentionally be assisting in the training of their algorithmic competition.

Even those who are impressed with AI artwork are concerned about how it is created. Andy Baio, a technologist and writer, claimed that DALL-E 2, possibly the most buzzed-about AI picture generator on the market, was “borderline magic in what it’s capable of conjuring, but raises so many ethical questions, it’s hard to keep track of them all.”

Allen, the award recipient, expressed sympathy for artists who were concerned that AI technologies might put them out of work. However, he believes that their rage should be aimed against companies rather than people who utilize DALL-E 2 or Midjourney to create art. 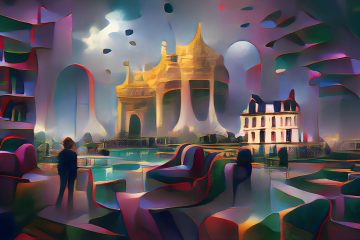 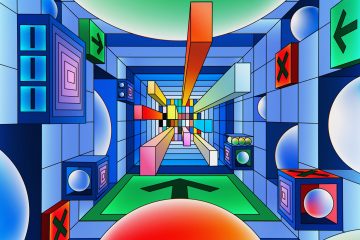 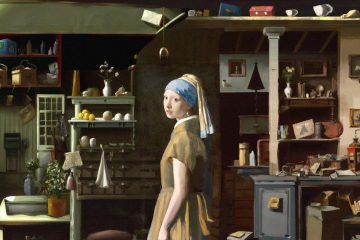 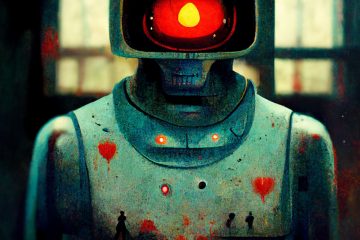