Christoph currently serves as the Global Director Data Analytics & Insights at Arcadis, where he leads the company’s Analytics transformation. Before joining Arcadis in November 2017, Christoph worked in Analytics, Infrastructure and Transportation for over 15 years. He started his career as an Analyst at Frankfurt Airport, before finishing his PhD in Transportation Economics at the University of Muenster in 2008. Christoph then began as a Postdoc and later became the Lab Executive Officer at MIT’s Laboratory for Aviation and the Environment in Cambridge, MA. After leaving academia in 2012, Christoph became Senior Lead Data Scientist at Booz Allen Hamilton and led a team of Data Scientists in Boston, MA and Washington, DC. In 2016, Christoph joined McKinsey & Co in Berlin as an Advanced Analytics Expert. Christoph also serves as a Captain (res) in the German Air Force. 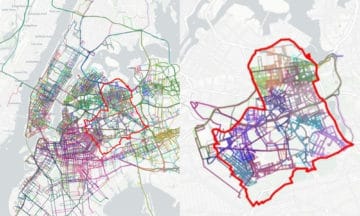 The challenges facing cities in the 21st century are greater than ever. A new focus is required to overcome the emerging social, technological, economic, environmental, and political forces exerting pressure on cities. This new focus must address how to create cities that are sustainable– for citizens, for business and for