Climate change knocks a crucial Twitter data center offline. If you wonder about the effect of extreme heat, ask Twitter; they just lost a key data center in California because of it.

California’s tremendous heat wave hit one of the biggest data centers of Twitter. Data centers, which include computers, servers, and storage devices, are essential to the operation of major social media sites.

Extreme heat in California has forced Twitter to lose one of its critical data centers.

Twitter and other big social media companies rely on data centers, which are enormous warehouses full of computers, including servers and storage systems.

To prevent the computers from overheating and breaking down, controlling the temperature in those centers is essential. Some major companies are looking more and more to locate their data centers in colder regions to reduce cooling expenses. Google, for instance, constructed a data center in Finland in 2011, and Meta had a data center in northern Sweden in 2013.

According to an internal letter acquired by CNN, the disruption caused Twitter’s physical infrastructure at the Sacramento facility to completely shut down.

“On September 5th, Twitter experienced the loss of its Sacramento (SMF) data center region due to extreme weather. The unprecedented event resulted in the total shutdown of physical equipment in SMF. Its data centers in Atlanta and Portland remain operational, but if another one goes offline, “we may not be able to serve traffic to all Twitter’s users.”

As a result, Twitter is in a “non-redundant state.”

Check out the 4 insights on the future of data centers

The memo continues by outlawing non-essential product changes until Twitter can completely restart its Sacramento data center services. Except for those changes needed to address service continuity or other critical operational demands, all production changes, including deployments and releases to mobile platforms, are restricted, according to Fernandez.

Did Twitter lose the data center really due to extreme heat?

Zatko, who oversaw security at Twitter until he was fired in January, claims that the corporation misled regulators about its attempts to safeguard Twitter.

More than 1,000 warm temperature records in the West were broken during the August 30 – September 10 California heat wave. In Sacramento, where meteorological records dating back to 1877, it set an all-time high temperature of 116 degrees Fahrenheit (46.67 °C).

What is a data center?

Organizations employ data centers, which are facilities made up of networked computers, storage systems, and computational infrastructure, to gather, process, store, and distribute massive amounts of data.

The applications, services, and data that are housed in a data center are often significantly relied upon by businesses, making it an essential asset for daily operations.

Check out the pros and cons of cloud computing

Nearly all of the enterprise compute, data storage, network, and business applications are supported by data centers. The data center is the business to the extent that a modern organization runs its operations on computers.

5 reasons why you should not miss the Global DevSlam 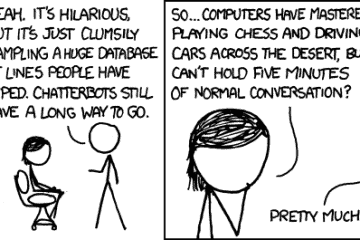