What is artificial narrow intelligence?

The AI in our world today is known as Artificial narrow intelligence or “Weak” AI. Narrow AI is a type of artificial intelligence that has been created to accomplish a single activity, such as forecasting the weather, playing chess, or analyzing raw data to generate reports.

Artificial narrow intelligence systems can perform in real-time but retrieve data from a particular database. As a result, these technologies aren’t capable of handling other tasks.

Artificial narrow intelligence is not conscious, aware, or motivated by emotion in the same way that humans are. Even if Narrow AI appears to be considerably more sophisticated, it operates within a pre-determined, pre-defined scope.

Today’s machine intelligence is all Narrow AI. Google Assistant, Google Translate, Siri, and other natural language processing tools are examples of Narrow AI. Although these tools appear to be able to interact with us and process human language, they lack the capability for autonomous reasoning, self-awareness, consciousness, and genuine intelligence. In other words, they are unable to think.

The question is: What are the characteristics of an intelligent machine? In other words, what distinguishes a conscious computer from one that merely responds to queries? The difference is that a conscious computer can think independently, make judgments, and make decisions. We already have this ability as human beings. When we talk to Siri, it isn’t performing a conscious function of answering our questions. Rather, what Siri is capable of — what it was designed to do — is human process language and submit it to a search engine for retrieval.

This explains why, when we ask Siri or Google Assistant abstract questions like “What is the meaning of life?” or “How do I deal with a personal problem,” we frequently get evasive answers that make no sense or links to pre-existing articles from the Internet that address these topics. However, when we ask Siri what the weather is outside, we get a proper answer. These digital assistants were designed to handle basic inquiries.

People can perceive their surroundings, be conscious, and experience emotionally charged reactions to events. In many cases, AI agents lack the flexibility and adaptability to think as we do. Except that a self-driving car comprises numerous artificial narrow intelligence systems, even something as complicated as a self-driving automobile is labeled Weak AI.

Artificial narrow intelligence has two forms: Reactive and limited memory. Reactive AI is extremely basic; it has no memory or data storage abilities, mimicking how the human mind responds to various stimuli without prior knowledge. AI with limited memory is more advanced, featuring data storage and learning capabilities that allow machines to draw upon previous experiences.

The most popular kind of AI is limited memory AI, which utilizes massive amounts of data for deep learning. Deep learning allows for personalized AI experiences like virtual assistants and search engines that keep track of your information and customize your future encounters.

We mentioned that almost all artificial intelligence systems we use today are of the narrow AI type. A few examples of these are as follows:

The term “artificial general intelligence” (AGI) refers to the original AI goal, computers that mimic human cognitive functions. It is worth noting, however, that we have not yet created such a machine, and AGI remains a concept.

Artificial General Intelligence (AGI) is a machine capable of comprehending or learning any intellectual activity that a human being can. AGI researchers, academics, and thought leaders believe it will be at least many decades before artificial general intelligence arrives. On the other hand, scientists have created many useful tools to realize the ambition of constructing thinking machines. The term “narrow AI” refers to all these technologies.

An easy distinction formula: If technology is good at specific activities, it’s weak AI. It’s strong AI if it behaves like a human and isn’t restricted to completing a particular operation.

Artificial narrow intelligence systems are excellent at executing a single operation or a restricted number of operations. In many cases, they outshine humans in their specific fields. However, they fail miserably when placed outside their problem domain. They also can’t pass on their expertise from one field to another. A bot created by Google-owned AI research lab DeepMind, for example, can compete at the highest level in the popular real-time strategy game StarCraft 2. However, an AI capable of playing another RTS game such as Warcraft or Command & Conquer would be unable to do so.

We mentioned that artificial narrow intelligence is a building block of more advanced types of artificial intelligence. Aiming to copy the cognitive abilities of the most intelligent being that it knew with AGI for a while, humanity wants to reach dreams far beyond this with artificial super intelligence.

Artificial general intelligence (AGI) is a term used to describe computers that are intelligent like humans. In other words, an AGI can complete any intellectual activity that a human being can accomplish. This is the artificial intelligence we see in blockbusters like “2001: A Space Odyssey” or “Her,” in which humans communicate with conscious, aware, and emotional computers and operating systems.

Currently, computers are superior at processing data than humans are. Humans can reason abstractly, plan ahead of time, and tap into our thoughts and memories to make well-thought-out judgments or develop innovative concepts. Our ability to be conscious creatures, as opposed to machines’ inability to do so, distinguishes us from them and gives us an advantage. However, it isn’t easy to describe because it is primarily driven by our capacity to be sentient beings. As a result, emulating this type of intelligence in computers is extremely challenging.

Artificial general intelligence is expected to be able to solve problems, form judgments under uncertainty, plan, learn, integrate prior knowledge in decision-making, and be inventive and creative. However, machines will need to be able to experience consciousness to have real human-like intelligence.

Artificial super intelligence (ASI) will surpass human intellect in all areas, including creativity, general knowledge, and problem-solving. Machines will be able to display intelligence that humans haven’t yet achieved. This is the sort of AI that many people are concerned about, and it’s the type of AI which many visioners believe will result in humanity’s demise. 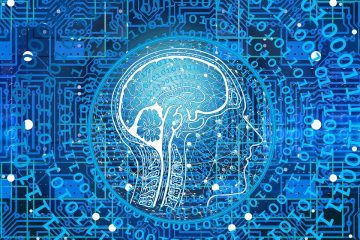