While there has been a lot of hype around the efficiency of a smart contract, can it replace the traditional way of working? What are the challenges and what is the role blockchain has to play in this shift?

Smart contracts have been touted as an evolutionary leap in legal agreements between parties, but until now that promise has gone largely unfulfilled. Despite their technical value and potential, the reality is starkly different. When it arrives at enterprise-level agreements and legal contracts, smart contracts are still not a viable solution.

There are several factors preventing smart contracts from achieving greater adoption, both on the technical side and on the legal side. On one hand, the technology is still young and the complexity inherent in crafting a comprehensive smart contract is undeniably high. Moreover, the nature of permissionless blockchains (on which many smart contracts are built) makes meeting legal requirements for contracts especially challenging. In addition, the requirement that every transaction must have a legal contract to back it for corporations is another high barrier to cross for a technology that has yet to prove it can scale to meet real enterprise needs.

Yet, smart contract technology has remained at the forefront of the blockchain for business debate. More importantly, the issue has galvanized different projects to propose solutions that can resolve many of the biggest pain points facing smart contracts. From improving their scalability to adding permissions and human oversight, these solutions could present the breakthrough the sector so desperately needs to accelerate adoption.

Are smart contracts really smart?
The concept of smart contracts, which was initially developed in the mid-1990s, is revolutionary. Instead of the complicated and expensive process of creating binding legal documents that are enforced by a variety of intermediaries, smart contracts provide a computerized and automated mechanism for enforcing agreements. By encoding contracts as executable algorithms that are independent of third parties’ approval, two parties can, in theory, complete an agreement and rest easy knowing it will be executed when the terms and conditions are met.

While the theory sounds impressive, the reality behind smart contracts until now is less so. For one, smart contracts are still wholly reliant on the blockchain that supports them, a framework that has proven to be difficult to scale. For organizations that must create hundreds (and potentially even thousands) of contracts, an infrastructure that will collapse under the weight of transactions is useless. Smart contracts must be highly scalable to be valuable for business, and currently, they are unable to meet this objective.

Furthermore, businesses and other organizations must be able to review and understand the full content of a contract at any time, a fact that is at odds with the nature of smart contracts. Because they are built to be cryptographically secure as well as immutable, smart contracts place undue restrictions on the way contracts typically work between two parties. While parties that completed the agreement can view the terms, most contracts require an independent arbiter to understand the contract for it to be binding and enforceable. Keeping them hidden from even impartial observers means that smart contracts have a tough time passing the bar for legal enforceability.

Another important limitation of smart contracts exhibit is that standard agreements include language that is not easily quantifiable. Clauses regarding “best efforts” or sections that may be renegotiated are part and parcel of contractual agreements. Smart contracts currently have no way to include these types of conditional sections as they cannot be easily measured in binary terms (“met” or “unmet” conditions).

What smart contracts are missing
Even so, the situation is not completely dire for smart contracts’ future viability. There are several projects and initiatives that have tackled all or some of the issues facing the legal difficulties of the technology, delivering some intriguing and promising results. One of the biggest hurdles to clear in the current smart contract framework is converting them from code that is both encrypted and not readable by humans into agreements that can be understood and interpreted by a human third party. This is a vital consideration because a large part of a contract’s legality is the ability to engage in independent arbitration and dispute resolution.

In this sense, the introduction of Ricardian contracts to the equation is an interesting and potentially revolutionary addition. These agreements, while similar to smart contracts on the surface, add important features that make them more feasible. The major distinction is that unlike smart contracts, which are completely built as algorithms and executable code, Ricardian contracts take a legally binding document and converts it into a format that can be executed by software. In this sense, it can be both a legal contract and a smart contract while retaining the beneficial properties of each.

SciDex, which is building a digital exchange for sharing scientific data, has developed a protocol that integrates these Ricardian concepts into smart contracts they refer to as RASCs (Ricardian Adaptive Smart Contracts), building a more adaptable and transparent agreement. Notably, they allow for compliance with regulatory laws and permit for external dispute resolution. The company is also far from the only entity seeking to tap into this vast potential underscored by smart contracts.

BOScoin, a cryptocurrency platform, is building what they term trust contracts, which are similar to smart contracts, but instead built to be both human- and machine-readable. This is important in terms of larger acceptance and adoption by enterprise.

Others are focusing on the dispute resolution aspect of smart contracts. Kleros, for instance, is constructing platforms that provide impartial “jurors” and a tribunal that will resolve a dispute over existing smart contracts. Another interesting take on the scalability problem, Kadena, offers both public and enterprise blockchains that can scale significantly and with minimal resource consumption. Essentially, they are including smart contract building tools that allow for humanly readable agreements.

While these solutions focus on resolving aspects of the larger challenge, they could represent a real path for greater smart contract viability. By improving the components that form these contracts and organizing a framework that is more compatible with compliance and legal standards, smart contracts could open the door to broader private sector adoption where other blockchain efforts have failed to gain momentum.

Demand for Data Scientists Far Exceeds Supply. Here's How Your Company Can Cope 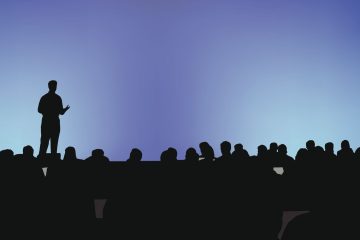 PyCon will make its MEA debut with the Global DevSlam