An Algorithm for the Homeless

Homelessness in developed countries is an issue with no winners. For homeless individuals, the constant insecurity can only serve to exacerbate problems that may have lead them into their situation in the first place. Of 2,500 homeless in the UK surveyed last year, 70% had one or more physical health issue, while more than more than 80% reported mental health difficulties. This is combined with the draining effect a homeless population has on the resources of local authorities. A&E visits for each homeless individual are approximately four times more frequent than the average UK citizen, and the government estimated last year that homelessness costs the NHS £85mil per annum. Writing for The Guardian last year Rick Henderson, chief executive of UK charity Homeless Link, claimed that homelessness is best understood as a ‘public health crisis’.

Effective solutions have been evasive, despite extensive social security systems and a general rise in private organisations providing temporary housing. Numbers of those sleeping rough and those without permanent housing have not significantly declined in most developing countries over the past 30 years. In the UK the numbers are actually on the increase following the impact of the global recession on employment levels, years of austerity-driven social policy, and the lowest peacetime house building levels since the 1920s. The number of those officially classified in the UK by the Department For Communities and Local Government have risen every year from 2010-2014.

However an innovative new data-driven strategy called Housing First is proving very successful in the US. It was first set up by Community Solutions in partnership with Palantir Technologies and OrgCode in 2013. Their criticism of the US approach to homelessness was its lack of flexibility and nuance when dealing with housing subsidies. The systems for rehousing are generally operated on a first come first served basis with little to no variation based on need or circumstance. However, learning to effectively prioritise is essential, as the waiting time for a home can be years long. A plan that quickly places more serious cases in more supportive schemes, and offers less to people who are more able to help themselves would benefit everyone involved. Paul Howard from Community Solutions claims that around 70% of US homeless individuals actually need relatively little assistance to permanently change their situation, and so if identified can be dealt with in a different and more cost-effective manner.

However the truly innovative component of the scheme is an online tool developed rigorously over the past few years which allows Housing First to work out who needs to be prioritised. They have created the Vulnerability Index-Service Prioritization Decision Assistance Tool (VI-SPDAT). It is based on substantial medial research and helps authorities to rank the urgency of different individuals on a vast scale. Communities gather a wide range of medical data on their homeless population, which is then centralised with VI-SPDAT and assigned a severity grade. An algorithm then matches individuals to the appropriate housing agencies, with those in the direst situation prioritised. The centralisation of information collection and pooling of resources across a range of local government and voluntary organisations limits waste and inefficiency from overlap. It was first tested California, Louisiana, Michigan and Alberta in early 2013, and was subsequently take up by Community Solutions’ Housing First scheme, with which it has housed more than 80,000 of the most vulnerable homeless people in many communities across the US. It is now being taken up by the San Francisco authorities, and will be in operation in 10 more major cities by the end of 2015.

If applied in the UK and across Western Europe, many lives could be saved, and local government and public services could make enormous savings whilst doing so. One criticism is the issue of authorities actually having access to the limited available housing resources in this country. However, despite the low construction levels there currently are approximately 700,000 empty homes in the UK. The system is able to come with the volume of those on the streets. Resources and needs simply need more efficient direction, which is exactly what a data-driven strategy of the kind seen in the US can offer. 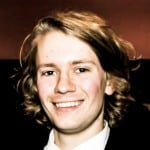 About Jack Raeder- Jack is a recent Philosophy and Theology graduate from Oxford University. His work and interest in big data lie chiefly in its application in the public sector, particularly in its great potential as a tool for policymaking. He lives and work in London as a writer, musician, and a research analyst for Global Insider focusing on the African energy sector. 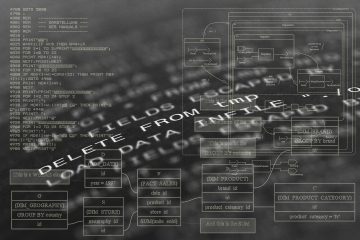 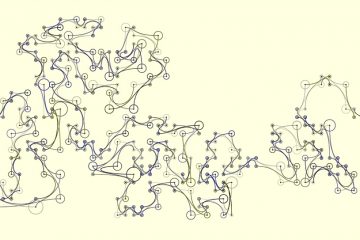 An Algorithm for the Homeless