The friends that update your drivers: Computer geeks

Are you wonder what is the meaning of a computer geek? Geeks are so engrossed in their subject of interest that they make information that is often only accessible to scientists in public. They enjoy having a specialty and enjoy delving deeply into their field. Geeks continue to learn. They also enjoy imparting their wisdom and experience to help others.

“If your society doesn’t like geeks, you are in genuine trouble.”

What is a computer geek?

A person with superior computer technology knowledge is referred to as a computer geek, whether male or female. Programming, networking, and other specific areas of computer science may be the areas of expertise for a computer geek. He or she might employ those abilities in computer-related careers or pursue them more intensely as a pastime.

Although many computer experts came to accept the name and started wearing it as a badge of pride, the term geek was initially used disparagingly. Since the term has become so well-known, enthusiasts of various careers and pastimes may also refer to themselves as geeks.

The phrase “computer geek” gained popularity when computer programming became a necessary component of many firms in the 1990s, probably as a result of the information technology (IT) departments and their employees’ frequent isolation from other office workers. Additionally, it was believed that computer geeks had specialized expertise that quickly gave rise to their own culture and jargon, setting them apart from the general population.

At the time, the stereotype of the computer geek was one of a technical expert with few social skills. This impression of the subculture among computer geeks and the general public has been strengthened partly by how computer geeks are portrayed in movies and other forms of popular media.

Similar to how the homosexual community grew to adapt and accept labels that were once defined as pejorative, the computer-tech industry quickly embraced its geekdom. In the 2000s, as reliance on computer technology grew, geek chic emerged. With comic books, cartoons, role-playing, video games, and other once-neglected interests, fans also started referring to themselves as geeks.

However, it should never be expected that someone will view the term geek as praise, given its negative origins.

Who are computer nerds?

Because the phrase can refer to someone with an exceptionally high level of ability in their industry, IT professionals and computer hobbyists frequently and proudly identify as computer geeks. The crucial function that the computer geek plays in a technology world may contribute to some of this.

Computer geeks are confident in their role as gatekeepers of 21st-century information, entertainment, and business, and they are aware that, despite social preconceptions, they are unlikely to be rejected.

How to become a computer geek?

When you hear the word “geek,” what comes to mind? large-framed glasses? A wizard at Dungeons and Dragons? A fan of science fiction or a dedicated comic book fan?

Being a computer geek can be one of the highest-paying careers in our culture, and computer geeks are among the most in-demand people like blockchain engineers, artificial intelligence careers, data architects, cloud computing jobs, data engineer jobs, and machine learning engineers. So, let’s look at how to become a computer geek.

A true computer geek is someone who is willing to learn more about computers, contribute, and use them in productive ways.

Is a geek the same as a nerd?

Let’s look at the differences.

It’s common practice to use the terms “nerd” and “geek” interchangeably, as though they had the same meaning.

Geeks are passionate about a certain subject or industry. Geeks tend to be “collection” oriented, gathering information and artifacts about their area of interest. They are fixated with the most recent, hippest, and trendy items that their subject has to offer. Some geek jobs:

Nerds are serious thinkers who specialize in a certain field or topic. Nerds prioritize knowledge and skill acquisition over trivia and mementos because they are “achievement” driven. Some nerd jobs:

The movies that they like give ideas about the differences between them.

Want to give your loyal computer-geek friend a gift as thanks for all their assistance? But are you unsure about what to buy as a gift? Finding gifts related to the movies we just mentioned or the area your computer geek friend is an expert in may make sense.

If these suggestions weren’t sufficient for you or you want to increase your selections, the products on the relevant Amazon page could be perfect for you!

Do you know a geek intended the first digital computer? In 1936, Konrad Zuse built the Z1, the first programmed computer, in his parents’ Berlin living room. He put together metal plates, pins, and old film to make an add/subtract machine. Zuse is recognized as having developed the first digital computer, despite losing his prototypes during World War II. Despite being a civil engineer, Zuse is considered one of the greatest computer geeks of all time because of his enthusiasm for computers.

In the following years, many computer geeks played an important role in the development of this field. Garaga-made computers were exhibited at amateur fairs, resulting in a cumulative increase in knowledge. One of these people was Steve Jobs, and you already know the rest of the story.

Geekism is the need to investigate, comprehend, and fiddle with electronic things. Low geeky people only use computers as tools or to consume material; they have no interest in knowing how services and user interfaces are designed or how they work. On the other hand, the average geek is fascinated by computers in general, is not intimidated by the system’s complexity, and would even build or repurpose a computer system, such as turning an old PC into a home server.

It is very important not to see computer geeks as just a group of people who do their hobbies. Their passion for computers is still the most important driving force in the development of this field today.

It’s one thing to be a fan of a particular operating system, comic book character, cosplay outfit, science fiction film, programming language, etc.; it’s quite another to stick with it no matter what. Geeks do both. They are unique, special, and possibly terrifying to “outsiders” because of this. But as you see, we need them.

Simply studying is not enough if you want to be one of them. As we previously indicated, you should adopt the dynamics as a lifestyle. 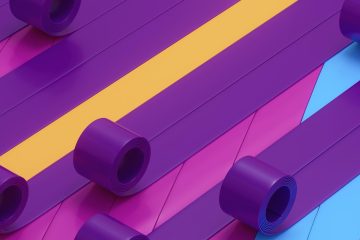 The ABC’s of data transformation 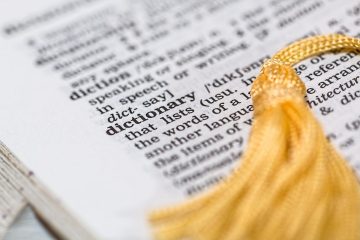 AI dictionary: Be a native speaker of Artificial Intelligence

The friends that update your drivers: Computer geeks