In a world dominated by big data, it stands to reason that many organizations are eagerly seeking out the best data scientists. With all this high demand, data scientists now have their work cut out for them to truly stand out from what is an increasingly crowded field. While it’s true that finding

Big Data Proving to Be A Real Challenge for Data Scientists

In a recent survey conducted by Paradigm4, a computational database company, it was revealed that big data was proving to be a challenge for data scientists – but not because of the amount, or volume, of data being produced, but rather the variety and diverse types of data these professionals

Data science training programs have been rapidly increasing across the United States recently, and they seem to be spreading to Europe as well. An inaugural class of 10 students will begin a three month training program called the Data Science Retreat in Berlin, expanding on the knowledge available from online

Malaysia is entering into the competition to be the next hub for big data, up against neighbouring countries like Singapore and South Korea.   The Philippines are training 200,000 students, while India is teaching a massive 500,000 students to use R, a big data statistical platform.  Where Singapore has invested S$180 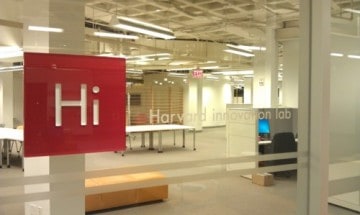 Experfy, the Harvard-backed start-up, has introduced a new platform for data scientists to earn money. The company is launching a talent marketplace to match companies and their data science projects with people who have “strong quantitative skills…know data and statistics.” According to a Wikibon report, there is an estimated $2.28