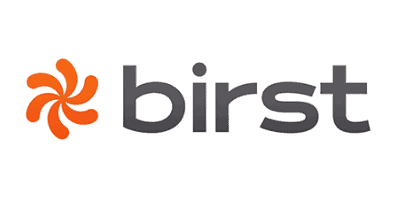 Birst, the global leader in Cloud BI, today announced that Dialogue Group, a global application-to-person (A2P) messaging and mobile billing specialist, has implemented a cloud-based business intelligence platform to support its management decision-making and line of business teams. Birst is used to provide in-depth analytics across each team’s key business data sources, as

The explosion of data in recent years has resulted in huge demand for not only storage and processing solutions, but also techniques and tools to make sense of this data. The emergence of visualization tools – interactive dashboards, bar graphs, animations – to effectively analyse the information coming from inside

In the 1940s, IMB President Thomas Watson allegedly predicted the world would need only five computers. Over the past decade, this statement has been recirculated and mocked as the consumerisation of technology has led to the creation of an estimated 2.35 billion devices (PCs, tablets and mobile phones) as of

In part one of our History of BI series, we looked at the origins of BI, the way it developed over the 1960’s and 70’s, and the key technologies that emerged within these era’s. The article began by mapping the way data storage changed from hierarchical database management systems (DBMS), like

Follow @DataconomyMedia ThoughtSpot, a business analytics company aiming to revolutionise the way organisations do business intelligence, announced $30 million in Series B funding yesterday. The funding round was led by Khosla Ventures with participation from existing investor Lightspeed Venture Partners. ThoughtSpot’s aim is to make searching for enterprise data “Google

We spoke with the VP of Product Strategy at Birst, Southard Jones, ahead of the announcement of Birst’s support for SAP HANA. Birst provides an enterprise-calibre Business Intelligence platform based on the cloud. Its approach is designed to be less costly and more agile than Legacy BI and more powerful

IBM Big Data and Analytics recently announced that they had helped a wines and spirits company, Pernod Ricard Asia, improve its marketing intelligence and reduce reporting and query response time by more than 50 percent. The company claims that the efforts from IBM have provided the management team with updated

Tibeco announced yesterday that it has acquired Jaspersoft, a company specialising in open source business intelligence tools, for $185 million. The new deal will give Tibco a larger, more diverse BI suite to sell alongside its existing Spotfire analytics product. Jaspersoft’s integration with numerous NoSQL data stores and Hadoop will give