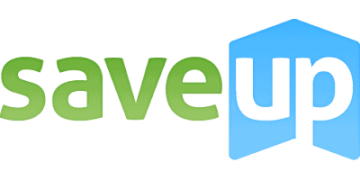 Follow @DataconomyMedia We met Sammy Shreibati, the Co-Founder and CTO of SaveUp, at the Finovate conference in San Jose. Prior to SaveUp, Sammy was the Director of Engineering at PrepMe, an education company dedicated to bringing high-quality, customized learning to students across the world. Sammy helped PrepMe grow from a

The hype around the term “big data” can be pernicious. The ubiquity of the term, coupled with a lack of understanding about what it actually means, often leads to overly-ambitious expectations of what big data projects can actually achieve. This week, guest contributor Jamal Khawaja aimed to clear the fog

See our pick of the week’s findings below. TOP DATACONOMY ARTICLES Understanding Big Data: Infrastructure In this edition, we’ll be closely examining infrastructural approaches- what they are, how they work and what each approach is best used for. In previous editions we covered the 7 V’s of Big Data, and 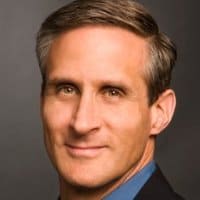 Currently, Brian is Sr. Vice President & General Manager of the TIBCO Analytics Product Group within TIBCO Software. Formerly, he was Chairman and Chief Executive Officer of Jaspersoft, which was acquired by TIBCO in April 2014. Brian joined Jaspersoft in 2005 as its first independent Board member and then became

Uwe Weiss is CEO of Blue Yonder, a leading provider of predictive analytics. He has more than 20 years of experience in the enterprise software sector and he is an expert in cloud computing and SaaS. Mr. Weiss was the co-founder and CEO of various successful start-ups and growth companies,

The use of statistical language tools like R, SAS and SPSS is growing at unprecedented rates. Forums are full of questions about which program to learn, is one easier than the other, how popular are they, etc. However, what is the current state of these programming languages? – what companies

This week we looked at Big Data’s influence around the world: How it is being used by scientists attempting to predict the winner of the 2014 world cup in Brazil, how it is spreading throughout Africa by way of foreign investment, and how it has been used in the US to

Gerrymandering in the US is a serious issue. The Washington Post estimates that as a result of gerrymandering, the Democrats under-represented by about 18 seats in the House, relative to their vote share in the 2012 election. Brian Olson, a software engineer from Massachusetts, has devised a programme which works

This time next week, we will be in the throes of World Cup fever. As we speak, beers are being readied, projection screens are being mounted, and unrealistic levels of national pride and aspiration are mounting. Already, stats and predictions for almost every facet of the event are flooding in;

We met with Joe Eandi, the CEO & Co-founder of Vorstack, at the Finovate conference in San Jose. Vorstack is the industry’s first solution that provides early warning of security threats by automatically sharing cyber-events and enabling real-time collaboration. Vorstack enables automated event and threat sharing between trusted security professionals across