We have explored several interesting distributed key-value databases including HBase and Accumulo, Riak, and Cassandra. Although key-value pairs are very flexible, it is tedious to map them to objects in applications. In this post we will learn about a popular document-oriented database MongoDB. MongoDB uses JSON-like documents with dynamic schemas, making the integration of data in

Many people ask my opinion on different NoSQL databases, and they also want to know the benchmark numbers. I guess that the readers of this post probably have similar questions. When you start building your next cool cloud application, there are dozens of NoSQL options to choose. It is natural

Poll: Will Analytics Change the Direction of Sports?

This week, we reported a news piece on how NHL teams are investing heavily in analytics. The Edmonton Oilers, for example, announced it is hiring a famous analytics blogger, Tyler Dellow, to consult with hockey operations. Furthermore, the New Jersey Devils, Toronto Maple Leafs, and one unnamed NHL team all

This week, we have a special line up of interesting big data news and articles. Alexandre Passant,  the co-founder of Music & Data Geeks, looks at the Rolling Stone’s 500 Greatest Songs of All Time and runs some “API-based data-science” to see what insights we can derive from this top-500. We also learnt

Poll: What Big Data Regulation Would You Like to See?

This week, the realm of data privacy has been rife with new announcements. From OkCupid’s user experiments, to Twitter’s latest transparency reports about government intervention, to the US and EU gridlock over who has jurisdiction over Microsoft’s European data centre- it would appear data security is a hotter topic than

This week, data security has taken centre stage with a variety of acquisitions, data breaches, new guidelines and funding rounds being reported. Elsewhere, Fujitsu announced a partnership with the National Cheng Kung University to nature talent in computational sciences, Snapchat could be sold to Alibaba Group that could value the

Pindrop Security: Looking to Save Banks $19 Billion by Improving Authentication

We interviewed Matt Anthony (VP of Marketing) and Raj Bandyopadhyay (Principal Data Scientist) at Pindrop Security to learn more about how the company. Pindrop Security provides solutions to protect enterprise call centers and phone users, where it combines authentication and anti-fraud detection technology to verify legitimate callers while detecting malicious callers. Can you

Back in June, it seemed like the whole of the internet had taken to their keyboards to write furious responses to the Facebook mood manipulation story. The reaction to the study was so profound, that Senator Mark Warner asked the FTC to intervene and investigate. Now, only a few weeks 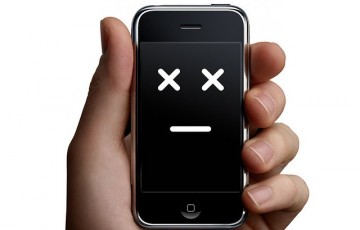 Are Apple’s Recent Acquisitions a Sign of the Company’s Lack of Innovation?

This June has been a busy month for Apple. While Apple’s acquisitions have historically been low-key affairs, this month has seen the tech giant make three significant announcements: Apple’s partnership with IBM and its acquisition of two streaming media startups, BookLamp and Swell. Last Friday, it was reported that Apple

Poll: What are the biggest problems companies face with Big Data?