From larger screens to a new way to make purchases, the Apple faithful have a lot to be excited for when it comes to the iPhone 6 and the iPhone 6 Plus. Despite the higher definition display and new features, Apple users do need to be aware of a few

More funding rounds, announcements and big data articles this week — and it’s just as good as ever! The week started off with a pretty big announcement as Hazlecast picked up $11 Million in funding, spearheaded by Earlybird Venture Capital. The funding stories poured in throughout the week as we

How Does the Great Naked Celebrity Hack 2014 Affect You?

First of all, this is a terrible thing that has happened to these women. It is certainly some form of sexual assault and we should really think about how we treat celebrities and regular Janes when it comes to unintended nudity (so many nip slip images, wardrobe malfunctions, the Duchess

Few things have revolutionized the business landscape quite like virtualization. What began as groundbreaking new technology available only to the largest corporations and the most technologically savvy employees is now within reach of even the smallest businesses with only a passing knowledge of electronics. At its simplest form, virtualization is

We have a great lineup of news and articles this week for all you data enthusiasts. Firstly, a new survey from Gartner has shown that 73% of company’s have already invested or plan to invest in big data within the next 24 months, compared to last year’s 64%. We also saw 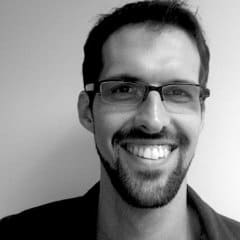 K Young has been CEO of Mortar Data since 2010. Mortar helps data scientists and data engineers spend 100% of their time on problems that are specific to their business—and not on time-wasters like babysitting infrastructure, managing complex deploys, and rebuilding common algorithms from scratch. Mortar’s platform runs pipelines of

This week we saw some interesting surveys around data privacy and big data. One study found that 85% of the apps surveyed failed to clearly explain how they were using personal information; while the other survey from Accenture revealed that 89% of executives believe big data will revolutionize business operations like

How Big Data Can Boost Security With Threat Assessment

This may not sound comforting, but it has to be said: your organization will be the target of future cyber attacks. That’s if the company hasn’t already been hacked, which it likely has. Research has shown that cyber attacks in the United States are now numbering in the millions, with

The Cloud Gets Hacked but Who’s Really to Blame?

The hack of celebrity nude selfies raises some interesting questions most notably, who is responsible for that last 10% of effort that is required to fully secure someone’s data? It seems that the hack of the files was a combination of phishing, and exploitation of vulnerabilities in Apple’s photo backup.

Neo Technology: A Company with American Spirit, but with Swedish Heart

Forrester Research predicts that at least 25% of enterprises across the globe will adopt a graph database by 2017. On the back of this, we interviewed Holger Temme, Area Director of CEMEA at Neo Technology. Neo Technology is the company behind Neo4j, the world’s leading graph database. Its researchers have