The 22 Skills of a Data Scientist…

My first article on “How To Become A Data Scientist” explored the basic four different types of Data Scientist – Data Business People, Data Creatives, Data Developers and Data Researchers (as per the O’Reilly study “Analysing the Analysers”). It highlighted the need for a data science team with diverse and

The explosion of hype around the term “big data” ushered in a rabid desire in companies big and small to get their hands on employees with a data science skill set. For evidence, you need look no further than Indeed’s graph of the number of big data-related job postings: If you

How to Become a Data Scientist

Part of the field of predictive analytics has recently been thrust into the spotlight under a new name: Big Data. As specialist recruiters in this fast developing sector, we often fulfil an educational role with our clients – helping them define role requirements and understanding what sort of candidate would 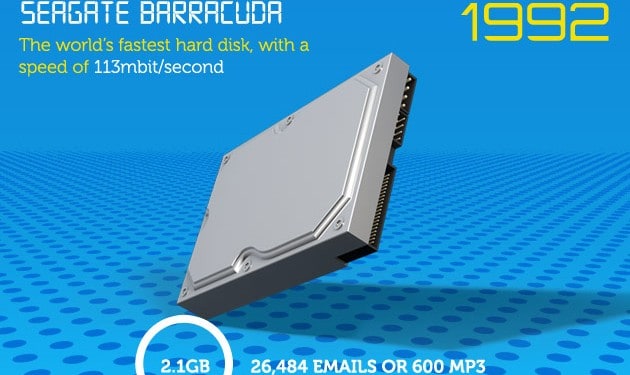 Infographic: The History of Data Storage

Our three part Business Intelligence series has looked at the key developments in BI from the 1960’s all the way to the late 1990’s. In the first edition, we focused on the way data storage changed from hierarchical database management systems (DBMS), like IBM’s IMS in the 60’s, to network

In part one of our History of BI series, we looked at the origins of BI, the way it developed over the 1960’s and 70’s, and the key technologies that emerged within these era’s. The article began by mapping the way data storage changed from hierarchical database management systems (DBMS), like

‘SQL is outdated’. ‘RDBMS can no longer meet businesses’ data management needs’. ‘New database technologies like NoSQL are the solution for today’s enterprises’. We hear statements like these alot, both inside and outside the database technologies industry. But are they accurate? Is SQL a thing of the past, and are

This article was first posted by Carla Gentry here. Carla is currently owner and data scientist at Analytical Solution.She has worked in the field of data science for over 15 years, and has worked for Fortune 100 and 500 companies such as Johnson & Johnson, Hershey, Kraft, Kellogg’s and Firestone.

Coined only 6 years ago by D.J. Patil and Jeff Hammerbacher, the title “Data Scientist” has grown to prominence in recent times. Indeed, data scientists are some of most sought after people on the planet. Companies like Google, Facebook, LinkedIn and Netflix have relied heavily on the expertise of data

The 22 Skills of a Data Scientist…