As someone who has been struggling with kitten addiction for many years, I was immediately attracted to the idea behind the CryptoKitties virtual feline collectibles game – the first game to utilize Ethereum blockchain. CryptoKitties and I are, it seems, an ideal match.

I’ll admit I’m far from an expert in cryptocurrencies and am often skeptical of the current crypto-fever, so I cannot focus intensely on the technological aspect of the phenomenon. It’s the cultural aspect of the CryptoKitty craze that I’m interested in, and here I will present a few key insights that I consider central to the viral success and notoriety of this particular blockchain project.

What the hell are CryptoKitties?

When CryptoKitties emerged in late 2017, no one expected their massive popularity and success. After all, who could have predicted that a digital pet could end up selling for the equivalent of $113,000? Let’s take a look at how this came to be.

CryptoKitties is an Ethereum-based game, which means that each and every transaction in the game is logged and stored in the Ethereum blockchain. In a sense, CryptoKitties are a form of blockchain collectibles, as each of them has a unique “genetic” code and traits – some rarer, more desirable or more expensive than others.

Are you getting Neopets flashbacks already? Well, the developers prefer the comparison to Beanie Babies, the late ’90s fad that had people paying extreme amounts of cash for collectible stuffed animals. However, unlike other collectibles, CryptoKitties have the capacity to breed and produce offspring with new, unique characteristics and traits. I know, I know –it kind of sounds like a digital Beanie Babies puppy mill. Us millennials are the strangest breed of all.

If it also sounds like a pyramid scheme, well, that may be the case. But there was no promise of profits in any of the promotional material or initial discussion of the project. Unlike the countless ICOs of our crypto-hungry era, CryptoKitties does not allude to much more than its name suggests: a blockchain-based game where users buy virtual kittens using Ethereum. As a crypto-kitty buyer, you are essentially purchasing a unique virtual cat, and then by matching it with another one, you get offspring you can collect or sell. The concept is apparently more than enough for the thousands of people who
signed up at the website and submitted their queries for kitty acquisition.

The influx of users and the subsequent amount of micro-transactions resulted in a clogging of the Ethereum blockchain, leading to many failed transactions and raising questions over the scalability of Ethereum. As a result, the media is increasingly paying closer attention to the wild world of cryptocurrencies.

What can we learn from the rapid success of CryptoKitties?

As mentioned previously, I have a few observations about the significance and importance of CryptoKitties. Here’s what CryptoKitties can teach us about blockchain projects moving forward.

Many people criticized the game for its pointlessness and silliness, although that’s not necessarily a bad thing nowadays: isn’t this exactly how viral marketing works, after all? If CryptoKitties is another silly meme or fad, so be it, at least until it dies out and is replaced by the next one. What’s incontestable is that, no matter how hard people were trying to sell the revolution Ethereum supposedly brought, few cared until kitties entered the equation.

CryptoKitties is the first blockchain related application to cause a sensation without promising the sun and the moon. It will not revolutionize the economy, it will not decentralize the internet and it will not do much besides allowing users to own virtual cats. That’s a lesson for all startups who are boring their audiences to death with their over-technical, vaguely utopian, jargon-heavy promises.

The value of a good story

Brand storytelling and effective communications are still relevant in the new hyper-technical economy. No matter how great your developers are, it takes an engaging story –and it could very well be a silly one – to capture the audience necessary for business expansion. Cats are always a winner when it comes to internet marketing. As banal as it sounds, you know it is true!

If CryptoKitties clog and stress the blockchain, it forces developers to find solutions and improve the current technology. It’s not a bad thing that the biggest challenge for Ethereum comes in the form of CryptoKitties. Once Ethereum is adopted by retail or any other real-world situation, technological failure could cause major uproar. CryptoKitties is a proof of concept, demonstrating that Ethereum could scale and be used for everyday micro-transactions (unlike its older brother and major player, Bitcoin) and that is in itself a massive accomplishment.

As we begin the new year, CryptoKitties are already slipping into the past, with new trends, coins and decentralized blockchain applications being hyped. Rest assured, 2018 is going to be a big year for both blockchain technology and specifically for Ethereum and Ethereum-based apps. It remains to be seen whether the headlines will involve mainstream adoption, a big crash or a creative combination of the two.

How is Data Impacting HR?

Foivos is a psychology graduate and PhD researcher at Royal Holloway, University of London. His research interests include narcissism in digital cultures and transmedia storytelling. In addition to having academic interests, Foivos is part of the performance art duo FYTA and a curator at the Athens Biennale. He also works on a freelance basis as a semiotician applying qualitative research methods in decoding cultural phenomena and consumer trends. 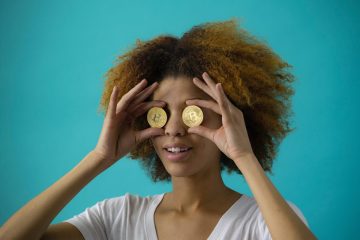 Which type of blockchain is better for your project? 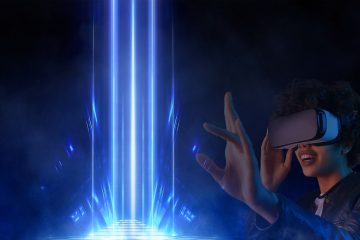 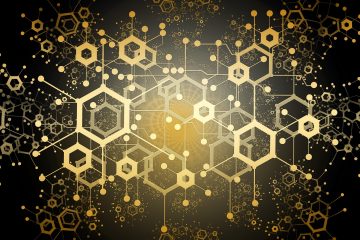 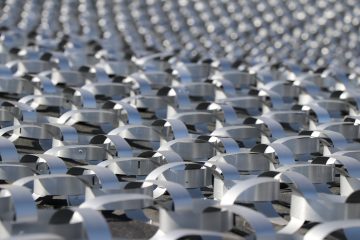