Blockchain technology has rapidly asserted itself as one of the most potentially disruptive technological forces of the 21st century. Just like the internet has had far-reaching implications and touched upon nearly every aspect of modern life, blockchain architecture can create a wave of radical changes similar to those brought on by the widespread adoption of world wide web.

As more knowledge is disseminated on blockchain and its immense significance, interest will likely continue to accelerate and help the technology thrive.  However, one of the main roadblocks to greater proliferation and acceptance has been the steep learning curve and difficulty associated with blockchain implementation.

The key to broader blockchain adoption lies in simplifying and reframing the idea. This is where smart contracts become a crucial aspect of progress. Instead of overcomplicating an already intricate subject, smart contracts have effectively found a way to bridge the challenging technological aspects of blockchain by distilling the benefits of decentralization into a simpler, more accessible form for a wider audience.

One of the most profound aspects of blockchain is its inherent disruptive nature.  Blockchain’s advantages—which include greater transparency, faster transaction updates, trustless payments, and higher security—could have far-reaching implications in industries including logistics, payment processing, and retail, to name a few.  Even so, for many ordinary people the newly emerging ecosystem is nothing more than a buzzword.

Now, however, the use of smart contracts—a function derived from blockchain transactions—could push for greater acceptance even amongst the most stubborn laggards thanks to their common-sense composition.

A smart contract creates a logic-based structure that effectively eliminates the need for middlemen in most transactions.  Two parties enter into an agreement using a contract that functions as an arbiter and oversight for the proposed transaction from start to finish. Smart contracts are computer algorithms, so their programmed rules mean that contracts are based solely on input for execution.  This reliance on actions instead removes human error from the equation. As a result, smart contracts offer higher transparency and safer exchanges. Instead of needing complicated legalese intended to protect each party from the potential malfeasance of the other, the smart contract can behave as a form of escrow, except the collateral posted may not just be monetary in nature.

Smart contracts simplify blockchain transactions, giving otherwise uninterested individuals the ability to take advantage of the benefits and protections the infrastructure offers. Helping to pioneer the space and make it more accessible for a broader range of users are new businesses such as smart contract startup Jincor. The company has developed a platform that aims to help businesses combine the power of smart contracts with cryptocurrency to facilitate deals without the need for a high-level understanding of blockchain’s more technical attributes.

This form of simplification presents businesses with a way to save money on legal fees associated with putting together iron clad agreements or even avoid expensive brokers currently needed to oversee complex dealings.  Akin to how many venture capital firms award capital to startups in milestone form, smart contracts could entice a wide range of users negotiating for products and services.  Due to the multitudinous use cases, smart contracts are capable of addressing widely diverse use cases.

Imagine that instead of a complex legal agreement governing the terms of employment, a company creates smart contracts with employees.  The system is designed to be integrated with time clocks, tracking employee efficiency, and rewarding them with their regular pay or even bonuses once the conditions of employment are met.  Furthermore, if protocols are triggered for termination, an employee who violated the terms of smart contract would automatically be fired.

One of the primary hinderances towards greater investment in blockchain-associated projects and businesses is what is viewed as a lack of institutional participation.  For years, venture capital has been at the forefront of the investing community when it comes to supporting blockchain-based projects.  The industry’s focus on early adoption has positioned venture capital as one of the leading proponents of greater blockchain embrace, leading to surge in blockchain investments. In 2017 alone, over $4.50 billion of capital has been allocated towards companies working on crypto-related activities.

However, institutional pushback towards blockchain-based applications has in many ways translated to weaker end user adoption.  Take for example critical comments leveled towards bitcoin from JP Morgan CEO Jamie Dimon who remarked that “if you’re stupid enough to buy it, you’ll pay the price for it one day.” While scathing, his critique has not dissuaded other firms from dipping their toes into the water.  Financial services giant AIG is already applying smart contracts to handle complicated international insurance dealings.  As a company readily able to discern the benefits of the blockchain functionality, more companies like AIG are likely to join the pack just to keep up with innovation.

Investor Benefits Build on the Appeal

From an investing standpoint, the practical design of smart contracts could be the best thing that ever happened to ecosystem for investors of all shapes and sizes.  Apart from helping cut down on middlemen, whether brokers, market-makers, exchanges, or fees, smart contracts make the token market and cryptocurrencies more accessible for retail investors, helping propel overall blockchain adoption.

Because the ICO and token sale space has expanded so rapidly, it is nearly impossible for investors to track all the opportunities and possibilities.  Companies like Brickblock are using smart contracts to help overcome this obstacle by giving fund manager’s access to investor capital which is allocated via smart contracts, helping investors level the playing field.  Investors benefit from increased portfolio transparency while gaining liquidity and the flexibility to exit at their discretion.

The biggest benefits will be felt most acutely by the individuals most exposed to current financial market asymmetry: retail investors.  Smart contract functionality has already evolved to the extent that it could upend the IPO market and allow for greater retail participation in startup capital-raising and financing activities, following the lead of venture capital firms.  The smart contracts can be designed to facilitate the transfer of ownership stakes for capital, or even allocate more capital when key milestones are met.

Smart Contracts as the Catalyst for the Next Adoption Wave

One of the best aspects of smart contract functionality is that it boils down activities that can be conducted on blockchain into their most rudimentary form.  The more accessible the concept, the faster it can be adopted, with blockchain no different in this respect.  As blockchain matures thanks to more sustainable sources of capital and widespread application, smart contracts broaden the appeal of blockchain participation thanks to enticing features that can be harnessed by a wider audience. 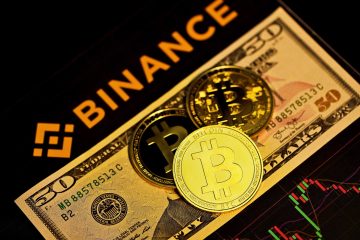 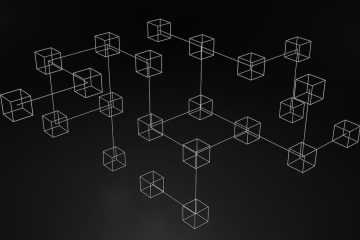