Data Around the World – Part VIII: The End of the Tour

by Marianne Faro
in Contributors, Data Science, Transportation & Logistics
Home Contributors
Share on FacebookShare on TwitterShare on LinkedInShare on WhatsAppShare on e-mail

The STORM team is back home. In 80 days, they have traveled the earth, showing that electric driving is possible – and very cool. They showed that a strong team can accomplish amazing things and change the world, by building their own bike and traveling around the world with it.

The STORM team has made digital transformation come to life. They have used multiple digital media channels to reach out to an ever growing community. Via daily vlogs, tweets, facebook posts and paper.li they shared on a daily basis what they were doing. And the app www.follow.storm-eindhoven.com allowed anyone, anywhere, to follow the trip. Via a combination of data sources (the electric bike, the whereabouts of the team via a GPS tracker, the social media activity) and visualizations of that data, everyone was able to see where the team was and what they were doing.

Hence: digital transformation – using digital tools to create an experience. It was not just about the product “electric bike”, it was about the experience “the journey”; and everyone everywhere could participate and travel along.

Data facts of the tour in an infographic

While the STORM team was traveling the last stage on November 2, we assembled a set of facts on their 80-day tour. 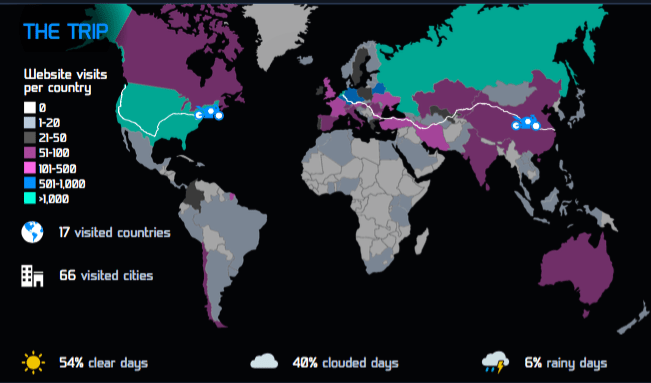 In 80 days, the motor used the rear brake more than the front brake, and went slightly more to the right than to the left (according to the blinkers). As we saw in the last hackathon, speed was higher when moving eastwards than when moving to other directions. Luckily the tour went mainly east (8.780 minutes of 13.720 total driving minutes). 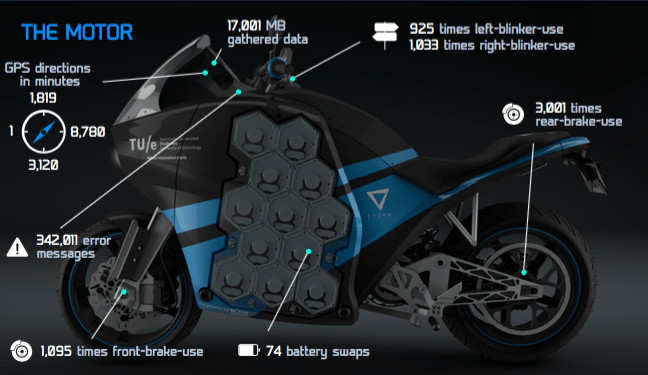 The app was visited more than 33.000 times, and many visitors were returning visitors, checking the whereabouts of the STORM-team on a regular basis (some even daily! We heard ‘complaints’ such as “so what do I read now in the morning with my first cup of coffee…?”).

The team had 83 events, where they shared the electric driving experience and the fact that a team of students can accomplish the impossible if they work cleverly together. At companies, at universities, but maybe most importantly at schools, where they have inspired quite some kids to go to university and change the world. 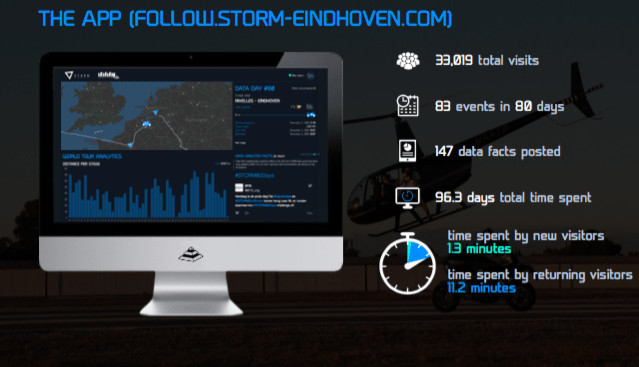 And we assembled 147 data facts on the various data sources, by a team of 12 data scientists. Which sometimes was hard, for example when the team was driving through countries with no internet or 3G hence no motor data. But luckily, there were always tweets to analyze (more than 5.000 in total during the tour), whether it would be on positive or negative sentiment, on hashtags used, or on country of origin of the tweeting persons.

An amazing journey, a true experience, and hopefully a big step towards widespread adoption of electric driving. 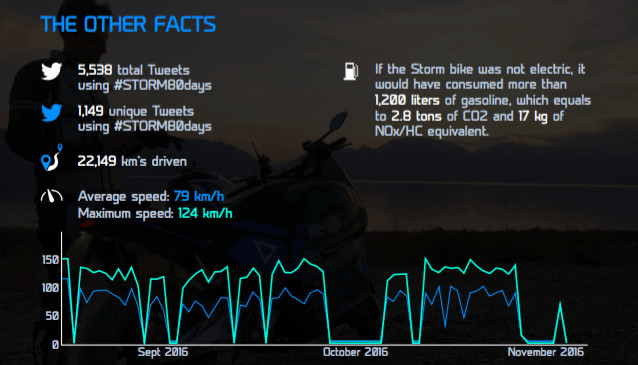