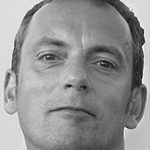 Nicolas Boudot is the EMEA Director at Softbank Robotics, where he has been responsible for partnerships and for promoting the use of humanoid robots in the B2B, educational and consumer markets, since 2001, when Aldebaran Robotics, the makers of Nao humanoid robots, was acquired by Softbank Mobile. He has over 20 years of experience in sales and marketing management in the European marketplace.  Before taking up this role at Softbank Robotics Europe, Boudot was active in the fields of IT-Security, and Electronic Design Automation.

Nicolas, can you give us a quick introduction to you, to Aldebaran, and your work there?

We are part of Softbank Group – Softbank being a Japanese mobile company. We’re based in Paris. That’s where I get my French accent!

I now manage a team of sales guys for developing the user product across Europe, Middle East and Africa. I have a bit of an engineering background, and as soon as I discovered the existence of Aldebaran, I jumped at the opportunity to work with the company. That was 6 years ago, it was a pretty small company, less than 100 people, and it’s now over 450 people.

At Aldebaran, we are working on developing these fully managed robots that we are showing at exhibits.

What is your mission statement?

Aldebaran brings the future to your customer. That is our mission statement. We are developing robots that will enhance the daily lives of people. Today we do that with various small robots – for example, one that is helping autistic kids develop behaviors and improve communication skills. But also we’re working on helping people grow their businesses with robots in stores. That’s what we do with the Pepper robot.

Can you tell us more about Pepper?

Why humanoid robots? We are focusing on developing robots with the humanoid shape, because we know it’s the best shape to be accepted by other people and to evolve in a world designed by humans, for humans. Also, the humanoid shape allows the device to have body language, and that’s important when we are interacting human to human. Because of that, all the robots we design are really engaging in interactions, and we see that people are showing empathy with the robots because of the way they behave. We work a lot on what we call emotional intelligence – when we can analyze the emotional mood of people and have the robot adapt its behavior to those moods.

Pepper is now used in over 3,000 stores in Japan, where he’s increasing [foot traffic], welcoming people, managing queues, doing the repetitive speech on the phones, doing the sales. The robot is really bringing a lot to the customers.

The use of Pepper is to be in places that are very public – for example retail, banks, hotels and government services. It’s a wonderful device to push information and services to people, as well as retrieve information and data from them.

Are you focusing on a specific industry?

Aldebaran is just focusing on developing the robot and making sure it’s working correctly, and then managing a community of partners who will be asked to provide a complete solution to the customer.

Do you think robots can replace some human jobs?

Yeah, that’s an interesting question. The way we see it at Aldebaran is, robots today are taking the tasks that humans don’t value. For example, our robot will be joining the AIDA cruise ships in May to assist with welcoming people and answering all the FAQs – like connecting to WiFi and booking some time in the spa. There is no value to dedicate a person to those tasks, so we free people from doing that.

Globally, [robots] are going to have some impact…but at the same time, we’re creating more positions. You need people to set up the robot, maintain it, clean it and develop it. We think that having robots will not have a dramatic impact on the global employment situation.

Can you tell us a little about the technology behind Pepper?

The technology is complex and easy at the same time. It’s an intelligent mix of electronic, mechanic and programming. The DNA of Aldebaran is maybe not to use the best technologies: If you look at those from Boston Dynamics or the ASIMO robot from Honda, they are wonderful robots. They can run, jump a wall, take glasses and give you drinks – but these machines are far from ready to enter the market and they cost millions of dollars. We believe that with current technology, we are capable of producing a robot that is able to move, able to interact and can go to market today even if it doesn’t have the best motor. We use technology that is affordable and know how to make it work correctly.

AI is the next step for robots and it’s what we’re working on. We’re not doing that alone. We partnered with IBM Watson technology, and we’re going to implement some of their technology in our robots. The best example I can show you is natural language processing. Today, when you interact with a robot, you have nice and wonderful dialogue – but most of it is scripted. You can’t have a real, open conversation with a robot, but we will have that soon with the Watson technology. You will be able to tell anything to the robot, connect to the cognitive database of Watson, and if the answer is there, it will be provided back to you through the robot.

What benefits does data collection bring to your business?

We use it to improve our technology. We collect the data from voice recognition to improve how we recognize voice, and use data we collect from the emotions to make the robot more capable of adapting its behavior. Other than that, we’re not specialists in analytics. But again, we partner with other people to allow customers to have analytical data.

What do you think will produce the biggest shift in the robotics industry?

Clearly AI is a key subject, and I think that it’s the biggest [shift] expected [in] the industry!