Data Around The World – Part II: First Data From The Itility Hackathon

This is the second instalment of our series with Itility. We will cover the journey of the STORM Wave, the world’s first electric touring motorcycle, as it goes around the world in 80 days. The Eindhoven University of Technology team will complete the 23,000 km tour using only the world’s existing electricity grid. Read the whole series here.

The STORM embarked on the 80-day-tour around the world on August 14. That means that, up to now, the  first battery powered motorcycle has successfully completed 17 stages

The student team from the Eindhoven University of Technology (TU/e) has seen it all by now. Heavy rains, steep mountains, rocky roads and many more situations they’d never seen before – in training or in tests- with this motorcycle. Time to take a look at the data and find out how the motorcycle has been performing in the real world.

During the Itility Hackathon, an event for data scientists of all kinds of backgrounds and experience, we gave this dataset to participants and asked them: “How can we help STORM in the next 70 days?”. In teams of 3 we spent several hours digging through the data, translating binary and hexadecimal code, calculating distances and correlating metrics, and at the end of the evening, the teams shared their experiences and conclusions.

Most teams started out with descriptive statistics to understand the data:

Most teams were able to answer these kind of questions rather quickly. 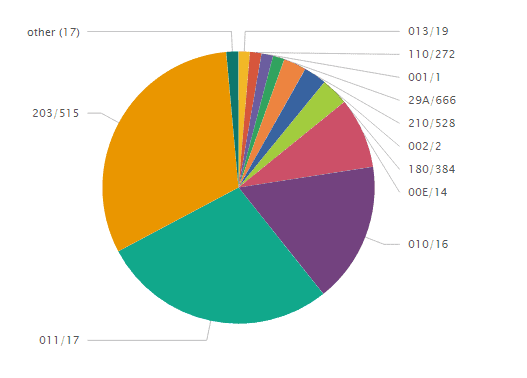 The next step for most teams was to find out why errors occurred, and if certain errors were correlated with speed, or with voltage and current in the battery pack.

One of the conclusions was that temperature has almost no effect on neither the voltage in the battery, nor on the “under voltage” error that occurs when the battery is almost empty.
The voltage decreases steadily and is only influenced (a little) by the speed. The steady decrease makes it possible to predict when the battery will be too empty to continue driving, and we might even be able to predict the best place to stop for a battery swap.

The graph below shows both the speed and the state of charge of the battery. You can clearly see how kinetic energy from slowing down immediately charges the battery.

This next graph shows the relationship between the voltage errors and the voltage in the battery. Also note the little bit of recharging just after 2 PM: the motorcycle recharges as it brakes.

Unfortunately, we did not have enough time during this first hackathon to get to the real “machine learning stage”. Nevertheless: the results were interesting and could really help the STORM team on their journey. Here at Itility, we keep crunching the numbers and sharing our findings via follow.storm-eindhoven.nl

Make sure to join our next hackathon where we’ll try to use machine learning on an even larger set (STORM data over a period of about 60 days).

How Successful Data Science Interviewees Made It

AI in Analytics: Powering the Future of Data Analytics

Data Around The World – Part II: First Data From The Itility Hackathon