What is the real meaning of a ‘Smart City’?

I do believe the future can be much better with the possibilities technology offers us. BUT, it will always require our participation and action. We can’t expect technology to solve all our problems but it will definitely empower us to do more.

This is our vision at The Social Coin and the reason why we created Citybeats. Our CEO Ivan will be speaking at Data Natives this October about our evolution from a social movement into a civic engagement platform.

Citybeats is an upcoming evolutionary project created from the company, The Social Coin. Last June, it was awarded Best Project Worldwide for Inclusion & Empowerment by the United Nations.

It’s a tool for civic engagement with the ultimate goal of getting individuals to engage in solving their communities’ problems and in the end they will get rewarded for their actions.

Citybeats mission is to create more transparent cities. Its platform feeds on real time data, which reflects citizens’ concerns and hot topics involving the city, it delivers challenges that act upon these problems, involving and motivating citizens to participate and solve them.

But how exactly does Citybeats work? This platform will operate in a couple phases: 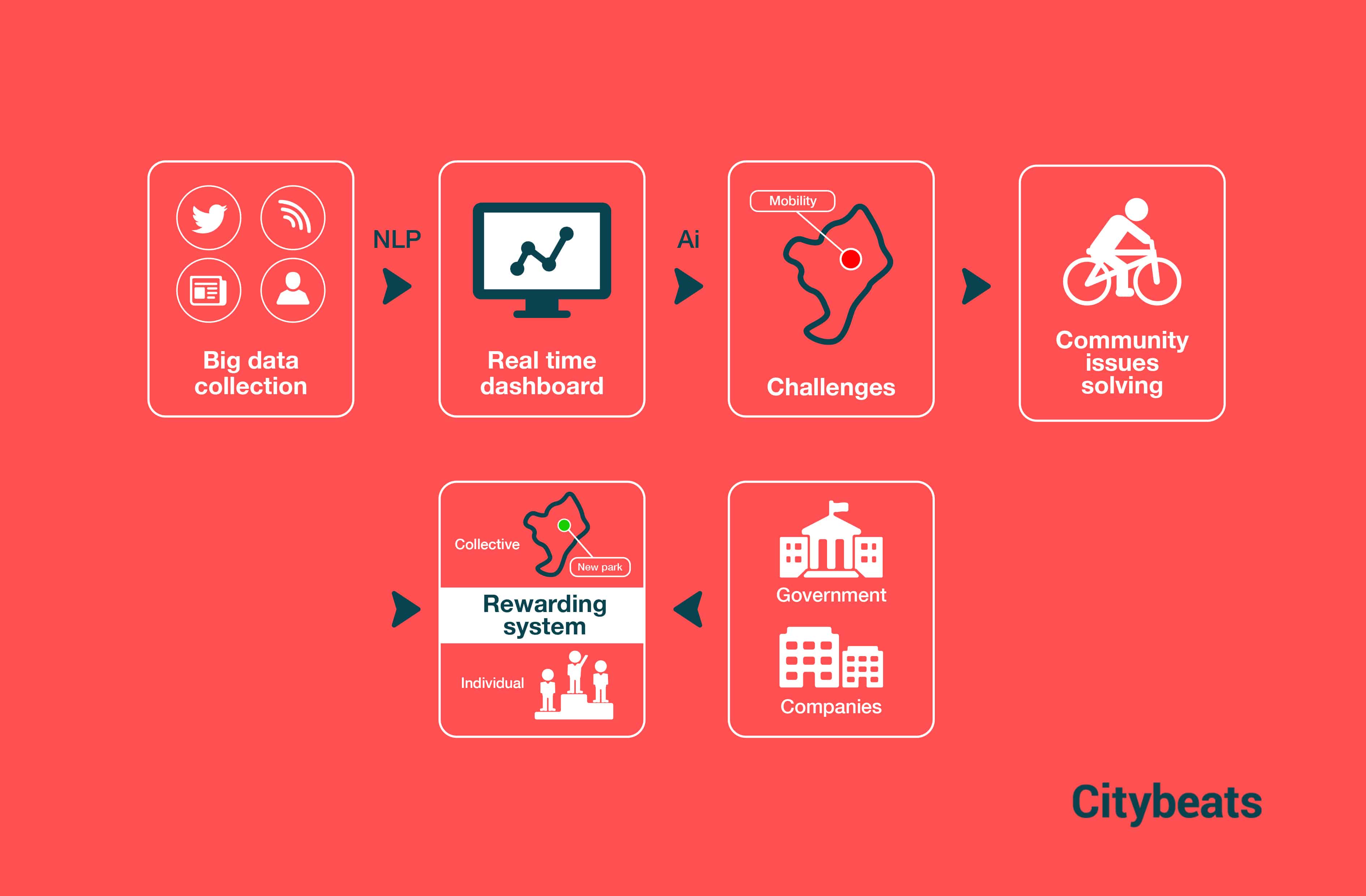 2nd phase – Real Time Dashboard:
In the second phase, it will be able to show via real time dashboard through Big Data the problems that a given community faces.
We manage this information through Natural Language Processing in order to create a real time dashboard that citizens, governments, companies and NGOs can use to detect the issues of their cities. The dashboard will also provide a visual representation of the city’s government with a city map where they can keep track of citizens’ participation.

3rd phase – Challenges:
Once the problems are detected, artificial intelligence will propose various solutions based on actions realized with anteriority and the impact ratio on each problem.

4th phase – Solving:
We provide the interface to engage individuals and communities to solve those problems. The citizens will be able to decide if they act or not and which possible actions can be carried out in order to solve the questioned problems.

5th phase -Award:
The platform offers cities a form to reward citizens for their efforts and actions on helping solve a problem in their city. There are two types of awards that individuals can receive. One type is targeted for the individual. This can vary from an economic award, discount, or just public recognition for their actions. The second type is collective rewarding which will focus on rewarding the community as a whole.

Citybeats will have an overall impact in engaging individuals to solve community problems and contribute to spreading the common good. There are three specific outcomes in where civic engagement will be illustrated in different views. These distinct points are political, economic, and social.

Citybeats mission is to educate and empower people to engage in hands-on democracy in order to individually and collectively take strategic actions to identify and address the root causes of local, state, federal, and global issues of social and economic injustice and concerns. The platform will strengthen the relationship between citizens and their governments by providing better communication, transparency and a positive perception in individual participation with the help of governmental institutions.

And as you can imagine, communities and political jurisdictions with stronger civil societies are more likely to have good governments.

Although, there is a notion of disconnect between politics and citizens and this can have a negative effect on civic engagement, depicted below. 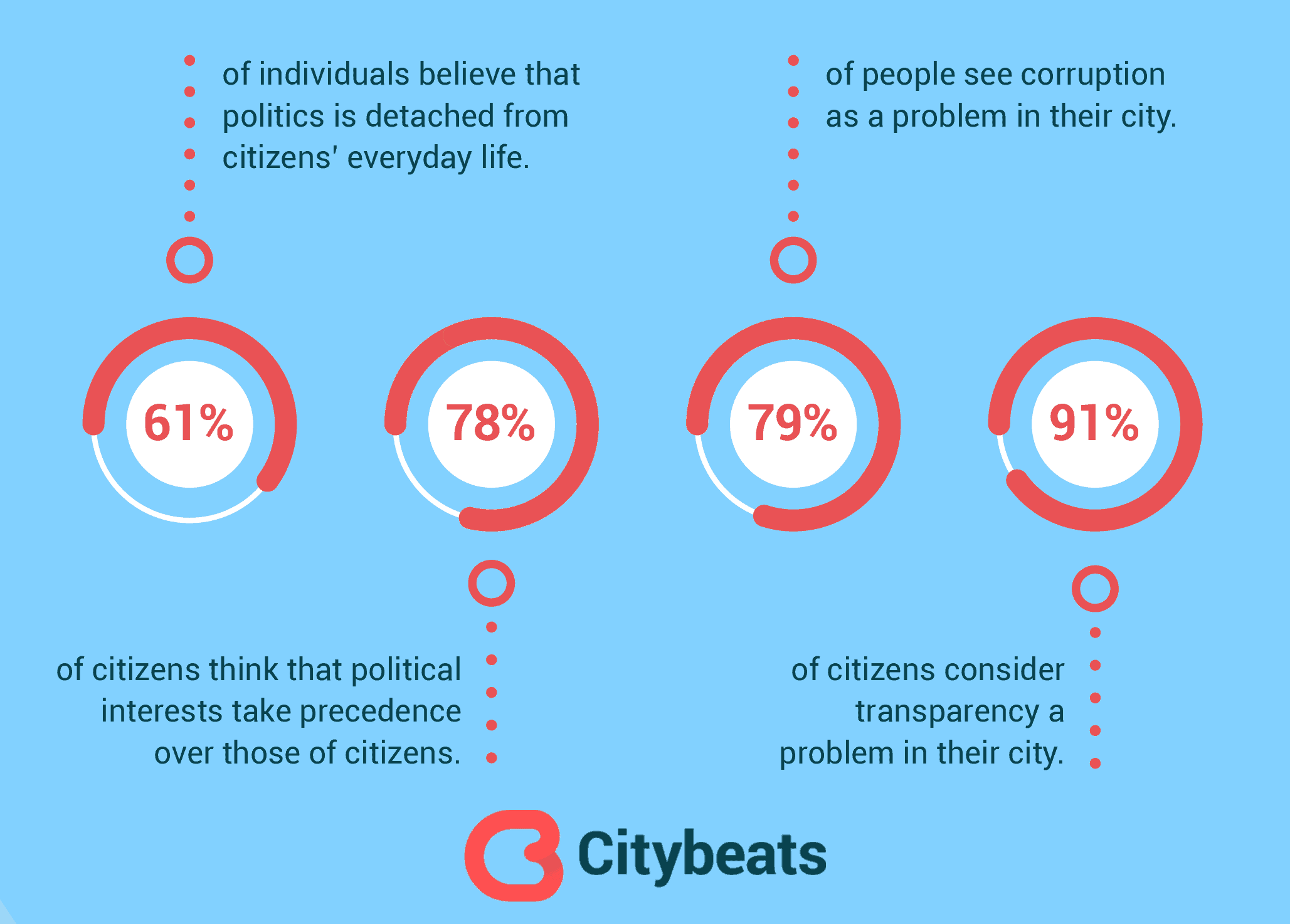 These statistics show the ongoing miscommunication between governmental agencies and their constitutions. Citybeats will serve as a solution to this disconnect. With the Citybeats platform, governments will have access to see which of their constitutions are more engaged in their community, and keep track of their participation in the challenges. The tools provided will improve the the communication and transparency between governments and their citizens. Technology also has a tremendous impact on the transparency between politics and civilians. The platform will give all individuals access to see:

Citybeats will improve the economy of cities in various ways. It will transform human habits to create better and more sustainable communities. Governmental organizations and individuals will spend less money in solving community problems because they will be solved by human activities.

The other beneficial result is trying to spread social good in cities. The notion of civic engagement improves health, safety, education, wealth, and a sense of responsibility in citizens.

Civic engagement can encourage people to feel attached to their communities. It helps foster greater trust among citizens and developing norms of solidarity and reciprocity that are essential for stability. Civic engagement and civil society are also strongly correlated with trusting one another, and people who trust others are more likely to invest and get hired. People who volunteer become emotionally connected to the communities they serve and continue community involvement after volunteering, which is a strong indicator for future economic growth.

Through civic engagement individuals create a sense of responsibility between their community and its citizens; this results in caring more about their surroundings.

Overall, Citybeats encouragement of civic engagement will result in individuals participating in challenges which will fix issues that cities are faced with. These problems can vary from environmental to educational, but the results will enhance the common good in communities. We are having conversations with various European cities and from the United States but we are open to new city requests that want to become more transparent, collaborative, and with a bigger implication from part of its citizens.

“There are more than 46 million wireless subscribers in Delhi alone. And this city has a population of a little over 25 million—almost 180% mobile penetration! So, a city will be smart when the people and the government harness the power of mobile technology to become smart.
A conversation between citizens and government creates transparency and generates a sense of engagement and ownership on the part of the community. And this is the way it should be. A citizen should not only blame the government if there is litter on the street; the citizen, too, is responsible for it.”

Attend Data Natives in Berlin from October 26-28 to see Ivan’s talk among other great speakers. Don’t wait to buy your tickets today.

Data Natives Tel Aviv 2016: A Conference for the Data-Driven Generation

Carola is a journalist specialized in Digital Marketing & Trends. She is a millennial convinced that we are living a great revolution where technology and science must be under the rules of philosophy and ethics. Humanity can’t waste more time and money on building things without a high purpose. The time for human and earth revolution has come. 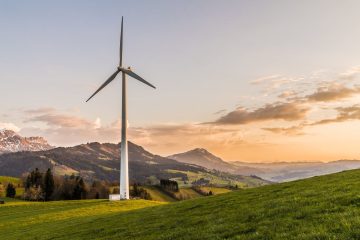 What is the real meaning of a ‘Smart City’?