“Security is the big issue to solve around IoT.” – Interview with Cesanta’s Anatoly Lebedev

by Juan Salazar
in Conversations, Internet of Things, Interviews
Home Conversations
Share on FacebookShare on TwitterShare on LinkedInShare on WhatsAppShare on e-mail 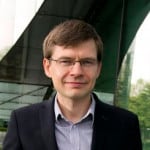 Anatoly Lebedev is the CEO and Co-Founder of Irish company Cesanta. Together with his team, he helps define the future of embedded communication technologies. He believes that if we want to get to 20 billion connected devices by 2020, then IoT integration needs to be made simple, secure and fast. Anatoly ensures that Cesanta products match this vision. Cesanta has been named as the ‘One to Watch’ by Business & Finance Magazine and is the 2015 winner of the Web Summit’s ‘GoGlobal’ competition. Previously, Anatoly shaped strategic partnerships in Europe, Middle East and Africa in his 8-year tenure at Google. He is heavily involved in the Irish startup scene and can be found as a mentor at hackathons and startup weekends. When he’s not driving the business side of Cesanta forward, you can find the racing enthusiast driving through the Irish countryside.

A little bit about you and your company

My name is Anatoly Lebedev and I’m the CEO of Cesanta, an Irish technology startup working in the Internet of Things field. We are on a mission to bring all devices online. This means we apply connectivity and networking solutions by bringing devices and equipment to the Internet.

I spent 8 years at Google before founding this company.  I started in the tech field and then I moved to the business side and then to strategic partnerships. I was doing multimedia, hardware distribution, data acquisition and so on. And when we decided to start Cesanta, a bunch of other engineers joined us. 70% of the company is comprised of ex-Google employees. The mission itself is quite challenging. How do you bring all those devices online? How do you actually program them physically? That’s why we created Mongoose IoT Platform and made it easier for people with limited skills to actually prototype and build these connected things.

What was the reason for starting this company?

We have a different product called Mongoose Web Server Library. And, this product is widely used by companies like Intel, HP, Dell, Samsung, even NASA; Mongoose is now on the international space station. What we noticed was that Mongoose had been used as part of systems that companies built in-house to achieve IoT connectivity. While those guys I mentioned might have big pockets and a lot of resources to do that, the majority of companies developing IoT-enabled products are smaller and don’t have those budgets.  These smaller companies often stumble upon problems that will create insecurity and unstable products. So what we said was why don’t we just provide them with a platform to create simple, secure IoT connectivity? We know how to build it, and that’s how we decided to build the platform.

More and more companies are going to bring their products online, and all of them will be struggling with infrastructure. But, for most of them their core business is the device and what it does for the consumer; not the connectivity piece. That’s where we enable them. We’ve taken away a big, very specific problem in regards to infrastructure, connectivity and security and we’re giving them more time to concentrate on what they do best – product development.

What do you think is the benefit of using data science in IoT?

Big Data has been ‘the’ big topic, right? I think one of the reasons is that big data probably didn’t succeed as much as expected. There was a hype but then it dropped. There was not enough Big Data. What IoT actually creates effectively is simply a huge amount of data coming in. So in a nutshell IoT is just an enabler for Big Data. We see ourselves as being an intermediary between the business which will create tons of data and the solutions and data scientists who slice and dice the data, providing the actual intelligence for these businesses.

Why did you choose Ireland for your HQ?

We have a lot of diversity inside the company. Most of the people came to Ireland for work.  The majority of our staff worked for Google. What’s beautiful about Ireland is that it’s part of Europe, it’s a relatively inexpensive place to live, it’s in the Eurozone, it’s a 3 – 4 hours short flight from anywhere in Europe.  It’s between the US and Europe, flying to NY is 6 hours and it has a small market. What you see here in Germany [at CeBIT] is that most of the promotional material is in German. Unfortunately, I don’t speak German so I can’t understand what they’re talking about and this [CeBIT] is an international event with 200.000 people coming from all over the world. Plus, Germany is a big market in which companies can  produce mainly for Germany. The diversity that can be achieved in Ireland is not needed if you aim at one large market.

We had a chance to move to Silicon Valley for example. But, in that moment, economically it made more sense to stay in Ireland and we achieved much more. In Silicon Valley everything is more expensive. There’s a lot of talent. But, the talent is hopping from job to job because there’s a large variety of jobs.

Ireland also has pretty good conditions for startups now. It’s actually great when the government helps you as a company.

What are the other significant shifts you see in IoT?

Everyone tries to play into it [IoT]. Every week you see a huge announcement of a big company going into IoT, pouring tens if not hundreds of millions of dollars into development, saying they are going to be the next big player. And it’s great, because it creates more awareness and brings more opportunities to the market. So, we definitely see more businesses entering the market because they figured out that an existing product or a new product that is IoT-enabled will be much more sellable and actually bring more revenue to them. To businesses it’s a no-brainer that IoT is positive, it’s not a fake hype. If you’re for example in British Gas and you install a thermostat which is connected, customers are more interested and their electricity bill will decrease because you are only using heating when you need to, not according to preset timers. Or take connected cars – you won’t have to bring your car to a service station to install a new feature. It can be pushed over the air. Or in health, what we now have are simple trackers, but they will move to becoming  solutions like nano robots in your bloodstream that  tell you ‘oh this fella is about to have a heart attack’. This is not not very far away.

By bringing all devices online we create an additional value not only for businesses but for people. It’s going to be securer and safer because you can prevent a lot of things before they happen. When you have things that talk to each other it’ll be easier to prevent issues.

A lot of problems in the world right now are because people or things don’t communicate in the right manner. Apart from the golden billion, there are an additional six billion people on this planet that will leapfrog. Take parts of Africa where they never had landlines, they leap-frogged into mobile phones directly.

I told you about this chip right? It’s actually a Chinese company producing that chip, it costs about 3 dollars and has an MCU which holds enough memory to make one person feel like a WiFi antenna. It works for a distance of up to 350 meters and there is enough capability to actually embed it into pretty much anything and make that thing connected. At the price point, you can put it pretty much everywhere. Take trackable clothes. Clothes producers are already thinking about how to track shorts and trousers etc.

In five years we’re going to live in a whole different world. But, you need to have security, sensibility, data protection and privacy. Ten years ago we had no phones in our pockets. And now everyone has at least one. Actually, we do much more with them than just phone people. We share everything that’s happening in our lives with our technology.

I watched a talk from Eugene Kaspersky, CEO of Kaspersky Antivirus and he said the biggest threat to the user is himself. Because the amount of information we share about ourselves is enormous. A lot of people post so much on Facebook. They don’t even understand that people outside do have access to that. How old you are, where you live, when and where you are going to travel. So something like connecting them, sending data somewhere can be actually more sensible because you can actually create hard rules to do what you actually need to do. Security is the big issue to solve around IoT.

If you could tackle any technology solvable problem existing today what would that be and why?

One of the biggest challenges for the IoT is it’s diversity.  Companies create a lot of different things that don’t talk to one another. Ideally, I would like to see everything in our lives (which is connected) be able to talk to each other without us. And, I think it’s a long shot, but, when things start talking to each other, things will be way easier. Let’s say you arrive to your house in your smart car. By the time you approach your house, the gates are opening, you park in your driveway and you walk out and the car parks itself in the garage. You come to the door and the door opens because it knows it’s you, you don’t need keys.  Once you enter, by the way your heater knew you’re coming, your system knows that it is Thursday and usually Thursday night you have a glass of wine. The fridge already knew this but also knew that you had ran out. It ordered wine for you and it’s on the way before you even arrive home. These are small things but imagine how much time we’ll free up!

IoT protocols 101: The essential guide to choosing the right option

Unlocking the full potential of connected devices with IoT analytics

NB-IoT will shape the future of smart cities