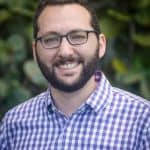 Daniel Mintz is the Chief Data Evangelist at Looker. Previously, he was Head of Data & Analytics at fast-growing media startup Upworthy and before that he was Director of Analytics at political powerhouse MoveOn.org. Throughout his career, Daniel has focused on how people interact with data in their everyday lives and how they can use it to get better at what they do.

Why and how is the role of Chief Data Evangelist important to helping companies drive innovation and change in their organizations?

I think that in the coming years, you’re going to see more and more companies with someone evangelizing for the smart use of data and analytics. That’s because data-informed decision-making is a remarkably powerful way to improve your business, but it’s one that requires very different ways of working. And so it makes sense to have an evangelist who can jumpstart teams–show them the benefits quickly and get them over the initial friction that comes with new processes.

What do you think are the biggest challenges facing Chief Data Evangelists like yourself?

[bctt tweet=”I think the biggest challenge is in helping people get used to a new way of working.” username=”DataconomyMedia”] Lloyd Tabb, Looker’s co-founder, has a thing about how data is like another sense and it takes time and practice to get good at using it. So data evangelists end up working really hard to get people to think critically about what they’re measuring, and about what assumptions are baked into those measurements.

We don’t have to worry about those things when we’re operating at human scale with our five senses. We don’t have to think about where the light we see is coming from or how we’d know if our hearing is playing tricks on us, because we’ve got decades of practice using those senses. Data can let us “see” what’s happening at vastly greater scale, but only if we know how to use it well.

Your entire career has been focused on using data to make the world a better place.

I truly believe that data can change the way that businesses operate, but also the way that governments serve their citizens, and the way that we solve the world’s biggest challenges. And it’s not just a naive belief that “if we just give people the facts then they’ll come around.” Rather, I think that data can be an incredibly powerful tool to tell compelling stories and help individuals realize how atypical their experiences are — it can force you to put yourself in someone else’s shoes and spur you to take action for the common good.

Like, I live in New York City, and while my family is doing fine, we certainly don’t feel rich. But when you look at the data, you see that the median household income in New York City is just under $51,000. And so imagining trying to make ends meet on less than $1,000/week really jolts you, and reminds you that “hey, you’ve got it pretty darn good.” The data gives you empathy in a way that’s hard to dismiss and then tells you whether your solutions are actually fixing the problem.

How will data continue to improve the world around us?

I love the story of GiveDirectly, a charity that proved through rigorous data analysis that charitable giving to the world’s poorest doesn’t need to be complicated. They found that simply transferring money directly to recipients is an extremely effective way to reduce poverty and hunger.

The medical community is another place that’s rife with examples. We’re on the brink of huge advances–everything from ubiquitous sensors which alert doctors about a coming patient crisis, to artificial intelligence to avoid prescription errors, to data mining of massive sets of medical records to uncover hidden links about rare diseases. Or if you look at the way Medicare has started penalizing hospitals with high readmission rates, you see that as a result, many hospitals have found simple, inexpensive ways to address the problem.

At Upworthy, you joined your publishing platform with data about site visitors. Why? What impact did that integration have on the business?

It was absolutely critical. And I think you see that across industries–when data is liberated from its silos and put into one central place, all of a sudden you start connecting dots that nobody saw before. At Upworthy, it forced us to confront the fact that pageviews is a terrible way to measure whether a piece of content is successful. That’s why we built Attention Minutes, as a much more fine-grained measure of whether an article was really delighting readers or leaving them cold.

At MoveOn, data was used to rally people around issues and move them to action. What lessons might be gleaned from your experience that would benefit someone in business?

One of the fascinating things about being a staffer at MoveOn was that there were only a few dozen of us, so we had very little power to do anything ourselves. But there was an army of millions of MoveOn members who could power movements and donate to candidates…if they were engaged. So we developed really powerful tools for listening to our members, because if we didn’t, we risked deciding on a tactic that nobody would actually do.

But those skills for using data to listen deeply have proved invaluable in my career. And I think whether you’re trying to extract signal from the noise of millions of members or millions of customers, the skills are the same.

Readers may be surprised to learn that you have a bachelor’s degree in Music and Political Science, and a master’s degree in Multimedia Engineering. How has that rather unique combination of studies prepared you for a career in big data?

There haven’t really been many dedicated data training programs until recently, and so some of the smartest people I know in the data world have similarly varied backgrounds–everything from robotics to biology to visual arts. Because it turns out that as long as you come to the table with the core skills of numeracy, curiosity, and critical thinking, you can pick up the technical skills along the way.

What advice would you offer someone who has an interest in pursuing a data driven career path, but doesn’t have a typical data science degree?

Ignore the parts of the job listings that “require” a degree in mathematics, or 5 years of analytics experience, or whatever other demands they’re making these days. Except for some very specialized positions, those just aren’t the things that make a successful data analyst. Dig into some data and come up with interesting findings that you can discuss knowledgeably. If you show that you can use data to shed new light on hard questions, that’ll impress hiring managers much more than credentials that only look good on paper.

What are the most important or valuable applications or tools your team uses to evaluate, clean or use data?

Well, obviously Looker 🙂 (After three years as a customer, I was so in love with the platform that I came onboard to evangelize about its magic.) But beyond my employer, I’d say that the one thing I basically stopped hiring people without is SQL. It doesn’t particularly matter which dialect you learn — since it’s pretty easy to go from one to another. But SQL is the lingua franca of analysts. If you’re going to have to manipulate even medium-sized datasets, you’ll need SQL.